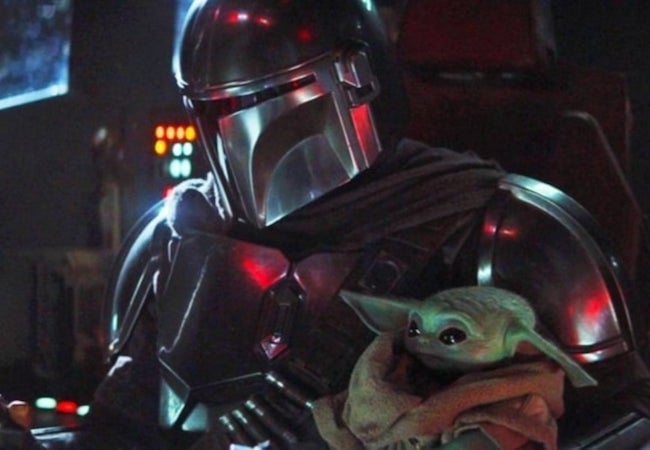 Oops. If you found this link through our newsletter Tuesday, this is yesterday’s Movie News. Today’s Movie News is right here. I apologize and it won’t happen again.

In today’s Movie News: China beats the U.S. at the box office with no extenuating circumstances whatsoever; Pedro Pascal is cool with a puppet getting all the attention; and some great horror movie recommendations. Also: The only place to see Nomadland tonight.

China Wins at the Box Office: China ticket sales for 2020 climbed to $1.988 billion on Sunday, surpassing North America’s total of $1.937 billion, according to data from Artisan Gateway cited by The Hollywood Reporter. The U.S. box office was at about $9 billion at this point last year. The news of China’s box office win comes on the same day the lead New York Times headline is With Covid-19 Under Control, China’s Economy Surges Ahead.

Horror Movies on Netflix: Just in case everyone in America wants to go on lockdown for the next few weeks, and take it a little more seriously this time (looking at you, Sturgis, South Dakota), Variety has a pretty great list of horror films you can watch on Netflix right now, led by our friend 1BR. You can read its horrifying origin story here. I’m also gonna strongly recommend The Wolf of Snow Hollow, now available on demand. More on this below.

Baby Yoda’s Co-Star: Variety also has a charming profile of The Mandalorian star Pedro Pascal, who seems good-natured about how much attention his co-star gets. It has the great headline Pedro Pascal on Fame and The Mandalorian: ‘Can We Cut the S— and Talk About the Child?’ It also starts with a great anecdote about how in 1978, when he was four years old, he wandered out of a Superman screening and his parents let him go… because it was 1978.

AMC Reopenings in New York… State: Days after the cool-but-sad-news that you can now rent a whole AMC theater for as little as $99, the chain announced that it will reopen a dozen theaters in the state of New York on Friday. Deadline explains that none of the theaters will be in New York City. The continuing shutdown in the movie capitals of New York City and Los Angeles have been very hard on movie chains, including AMC, which predicts it will run out of cash by early next year.

Nomadland: If you’re near Montclair, New Jersey tonight — in New York City, for example — you can see Nomadland from a social distance at a special Montclair Film Festival Drive-in screening. Chloe Zhao’s Oscar-magnet film follows Frances McDormand as a woman who travels the American West in a van after her Nevada company town shuts down.

Podcasts This Week: We’ll post interviews soon with The Wolf of Snow Hollow writer-director-star Jim Cummings and Possessor writer-director Brandon Cronenberg very soon. Click back on this site every five seconds for updates or, okay, we guess it might be easier to subscribe to MovieMaker Interviews on Apple or Spotify or wherever you get podcasts.

The Man Who Remade Ben Hur: The New York Times has a kinda schadenfreudey look at the changing fortunes of Mark Burnett, the very successful reality TV producer who helped one of his hosts become president of the United States. (No, not Joan Rivers, unfortunately.) It gets into his efforts to promote Christian films at MGM, and includes a pretty harsh assessment from Peter Bart, who says Burnett’s impact on film has “kind of gone bust.” Rebuttal: Here’s a show Mark Burnett made that I just found out about that is my favorite show.