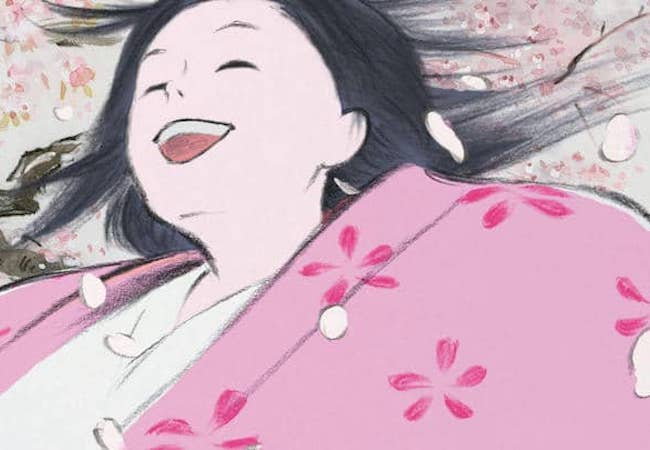 In today’s Movie News Rundown: A breakthrough to get film crews back to work; a deep-dive into how David Fincher works; free images from your favorite Studio Ghibli films; and remembering Raging Bull cinematographer Michael Chapman and Aliens designer Ron Cobb.

COVID-19 Agreement: Studios and unions have reached a back-to-work agreement so hard-hit creative can return to “workplaces redesigned around their health,” SAG-AFTRA said in a statement. The principles include (all together now), “strictly enforced testing regimens and safety protocols, a zone-based system, and diligent use of personal protective equipment.”

Free Studio Ghibli Images: My Modern Met notes that Studio Ghibli just released 400 images for us internet denizens, including from the films Spirited Away and The Tale of Princess Kaguya (pictured). But there’s a catch: Ghibli producer Toshio Suzuki says in a handwritten note, “Please use them freely within the scope of common sense,” knowing full well that none of us have a lick of common sense. Anyway, here are the beautiful images.

Shut-the-Fuck-Up Time: To celebrate the upcoming Mank, The Ringer has declared this to be David Fincher Week — think Shark Week if the shark made you do 200 takes. I dug this piece on Fincher and Aaron Sorkin’s stunning Social Network opening, which Angus Wall brilliantly edited together over three weeks, from 99 takes. A highlight is this Fincher quote, resurfaced from a 2011 Time Out interview: “The first scene in a movie should teach the audience how to watch it. … It’s shut-the-fuck-up-time: pay attention, or you’re going to miss a lot.”

Congratulations: To Crosby Selander, whose debut spec script Bring Me Back sold at auction for around seven figures, according to Deadline. Congratulations also to Script Pipeline, which tweeted that he signed with his management at Kaplan/Perrone after introductions through the screenwriting competition, in which he was a 2020 finalist.

Real Horrorshow: Passes are now available for the beloved Telluride Horror Show, which just announced its first wave of films, events and guests for the 2020 Shelter-in-Place Edition, coming up Oct. 15-18. Besides 11 feature films and 40 shorts, it will include authors like Max Brooks, Daniel Kraus, Paul Tremblay, Alma Katsu, Emily M. Danforth, and Jeremy Robert Johnson.

R.I.P. Michael Chapman: The masterful cinematographer of Taxi Driver and Raging Bull has died of heart failure at 84. Here’s Chapman talking about how shot Robert De Niro’s Jake LaMotta to “reflect the different realities of his life — how good he was in the ring and how awful he was out of it.”

R.I.P. Ron Cobb: The cartoonist-turned-production designer, who designed cantina creatures in Star Wars, the ship in Alien, and the DeLorean time machine in Back to the Future, has died at 83 of Lewy body dementia. Here he is explaining how he would try to predict the future: