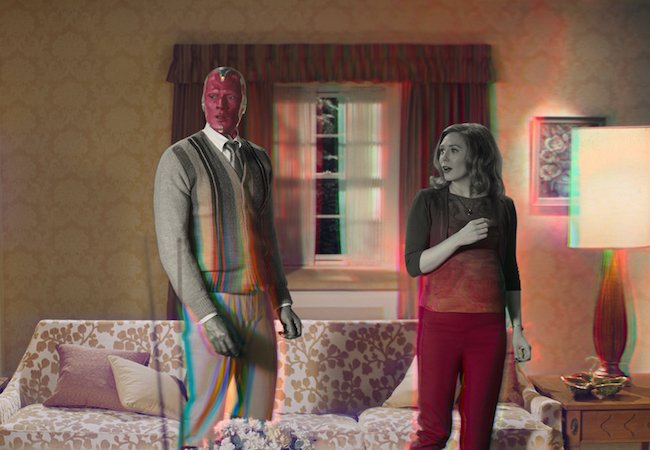 In today’s Movie News: The Emmys were surprisingly good; theaters are not; lots of big festival announcements; the WandaVision trailer is bewitching; and the struggle to make movies about a subject that no one likes to think about.

Great Emmys Show!: Is something I’ve absolutely never said before, but challenges sparked innovation last night as a very funny Jimmy Kimmel handled the affair mostly solo, talking to cardboard cutouts and… Jason Bateman. It was fluid and bold and surreal, and paved a smooth path for awards shows going forward. If like me you flipped back and forth with the Patriots-Seahawks game, shot in an empty stadium, you may feel real optimism that we can still have exciting live events in the These Strange Times™. Here’s who won everything, or I can summarize: Schitt’s Creek, Watchmen and Succession.

Theaters Though: The Associated Press says about three quarters of U.S. movie theaters are open, but Americans are not returning in significant numbers. Tenet, the top movie, has only earned $36.1 million from North American theaters so far. Some good news: There are finally enough movies out for the box office tracker Comscore to release its first top 10 chart in six months.

And Now: Some very cool (actually, one is hot) festivals happening in October.

—Aspen! The Aspen Filmfest will screen new films both in-person and online when it runs Oct. 15 to 21, the Aspen Times reports. The festival’s opening and closing nights will include screenings at the Isis Theatre, which reopened last month with limited capacity and other COVID-19 precautions.

—Hot Springs! The Hot Springs Documentary Film Festival, meanwhile, is the latest to combine virtual and drive-in screenings. The Oct. 9-17 festival will include Jimmy Carter, Rock & Roll President, Ottolenghi and the Cakes of Versailles and 9-to-5: The Story of a Movement, with Alex Gibney and Dawn Porter getting HSDFF Career Achievement honors and Diana Quon and Iyabo Boyd receiving Impact Awards. Click here for more.

—Hamptons! HamptonsFilm announced a slate of virtual and drive-in screenings of films for its Oct. 8-14 festival that include Ammonite, Minari, The Sound of Metal and Wander Darkly. Nine Days, The Father and Nomadland were all previously announced. Ammonite star Kate Winslet and Minari star Steven Yeun will join the “In Conversation With…” series. Click here for more.

Please, WandaVision, Live Up to Your Trailer: I love this trailer for the new Disney+ show, which premiered during the Emmys. WandaVision, according to Marvel, “is a blend of classic television and the Marvel Cinematic Universe in which Wanda Maximoff and Vision—two super-powered beings living idealized suburban lives—begin to suspect that everything is not as it seems.” Imagine Bewitched if Darrin were more awkward and Samantha was not just a witch, but a Sokovian witch. There’s lots of flashing through different eras of suburb-set TV, from the 1950s to 1980s, great costume and set design, and dreamily disorienting music.

Slavery Movies: Helena Andrews-Dyer asks in the Washington Post why it’s so difficult to make a good movie about slavery — while avoiding the pitfalls of not portraying it accurately, focusing excessively on the white people, or seeming gross and exploitative.

Against This Backdrop: I talked to Antebellum writer-directors Gerard Bush and Christopher Renz about why they needed to make the film, which premiered Friday. You can hear me fumble around the question at the 7:30 mark on Apple or Spotify or right here: