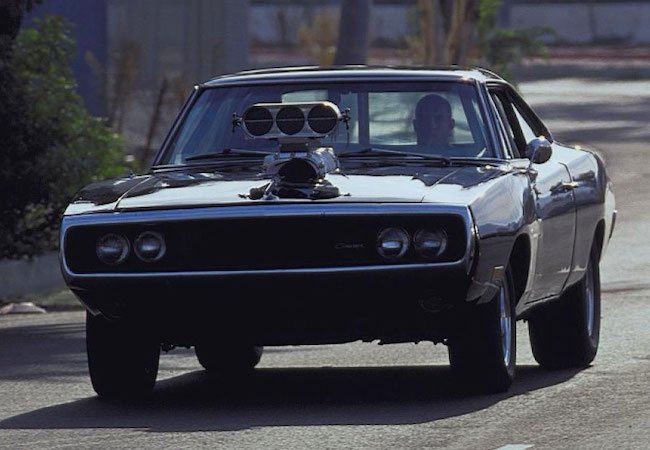 In today’s Movie News Rundown: The Fast and the Furious movies are ending but the characters will go on; Michael Jackson’s lawyers fight a Leaving Neverland sequel; Karyn Kusama and Lisa Cholodenko discuss the state of things. Plus: Let’s watch a 20-second trailer for an 11-minute film — and Carrie Fisher roast George Lucas.

Fan Fiction: Years ago, as a teenager, Mahalia Latortue made money writing sexy fan-fiction online while pretending to be “a white girl from California.” Her mom caught her, and it was awkward, but she learned something: People liked her writing — enough to pay for it. Latortue, who recently finished at SCAD Atlanta, is the latest strikingly talented film school grad we’re profiling in our new series The New School. Her short film “Chocolate Thunder” is about a Steve Urkel-like kid who acts more like the Fresh Prince behind a computer keyboard.

Hollyshorts: The virtual 16th annual Hollyshorts Film Festival, set for Nov. 9-15, announced 418 short film selections, including “Nimic,” from Yorgos Lanthimos, “Thompson Farm,” from Jackson Lee, the son of Spike Lee, and “8:46” by Deon Taylor (8:46 was the amount of time officer Derek Chauvin was originally reported to have held his knee on George Floyd’s neck, and is also the title of a Dave Chapelle special.) It also includes “David,” by Silicon Valley star Zach Woods, which features some actors you may recognize. Here’s a 20-second trailer:

Returning to Leaving Neverland: Deadline reports that director Dan Reed is trying to make a follow-up to his film about Wade Robeson and James Safechuck, who say Michael Jackson sexually abused them when they were boys. He wants to focus on Robeson and Safechuck’s lawsuits against MJJ Productions and MJJ Ventures, but the estate is trying to pull Reed himself into the story, demanding he turn over his research and appear for a deposition. Reed has asked MJJ Productions and MJJ Ventures counsel Howard Weitzman to appear in the documentary, in order to provide both sides, which Weitzman has declined to do, saying he doesn’t believe the film will be evenhanded. “You are already clearly on the record saying that you believe both accusers’ stories without hesitation,” Weitzman said in an email last month.

Karyn Kusama and Lisa Cholodenko: Longtime friends Kusama (The Invitation, Jennifer’s Body, Billions) and Cholodenko (Laurel Canyon, The Kids Are All Right, Unbelievable) spoke as part of the Tribeca at Home Series, to talk about the state of film. Cholodenko says she’s thinking about “letting go of some of the guiding principles of my career up to this point and trying new things.” Kusama notes that “the rug has been pulled out from under us in so many ways,” but adds: “I feel like, weirdly, that’s what indie filmmaking is.”

‘Hi, I’m Mrs. Han Solo and I’m an Alcoholic’: Carrie Fischer, a fantastic writer as well as a galactic princess, would have turned 64 today. Here she is roasting George Lucas as he received his AFI Lifetime Achievement Award.