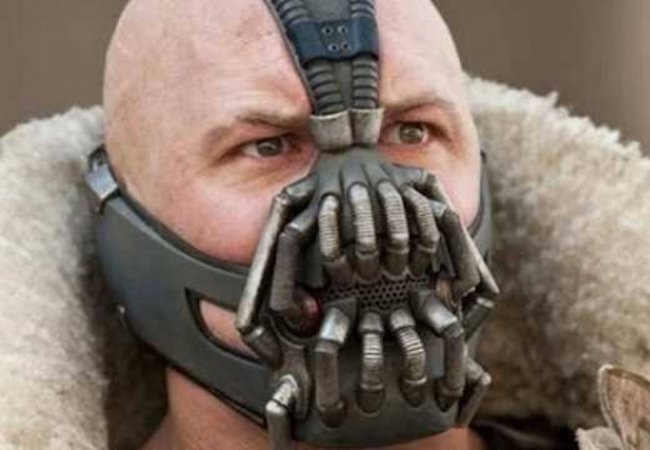 In today’s Movie News Roundup, Tyler Perry has some intriguing ideas for how to restart shooting; dads will have to watch the new Tom Hanks movie on Apple TV+; a frankly weird new survey about when and if audiences will return to theaters; and there’s a Bane mask boom.

Save Us, Tyler Perry: Variety has a good look at how Hollywood is restarting production, but if we’re being technical, Atlanta has the jump on Hollywood. The story details how Tyler Perry is using a private plane, “catering pods” and other innovative approaches to restart work on two productions at his Georgia studios.

Tom Hanks’ Greyhound Goes to Apple: Apple TV+ has bought the rights to Tom Hanks’ World War II drama Greyhound, which was to have been theatrically released on Father’s Day. In the film, Tom Hanks is the captain now — again — after being humiliatingly de-captainated in Captain Phillips. His character leads a convoy of Allied ships being pursued by Nazi submarines described as “wolf packs,” which is not fair to wolves. Variety is the captain of having more details.

Write That (Scientifically Accurate) Pilot: The North Fork TV Festival wants to read your science and technology-based TV pilot — but hold the evil robots and mad scientists, because it can’t be sci-fi or fantasy. The festival’s second annual Alfred P. Sloan Science + Tech Pilot Script Competition is looking for compelling stories that skip the stereotypes, but keep the cliffhangers. The winning script will be made into a pilot with an eye toward turning it into a series.

More Sex, More Lies, Probably Less Videotape: Stephen Soderbergh says he’s written a sequel to his film Sex, Lies and Videotape, a breakthrough film for him and for indie movies. He talks about it at the 29:45 mark of the below episode of NightCap Live:

A Faster Couch: Variety, which is really crushing it today, great work everyone, says 70 percent of consumers in a new survey reported that they were more likely to watch a new movie at home than in a theater. But they also say comedy is the genre that’s most likely to draw them to a theater, with superhero movies coming in third. This survey seems to correspond not at all with recent box-office trends, which reminds me of that apparently fake Henry Ford quote that if he’d asked people what they wanted, they would have said a faster horse, which, by the way, no one actually said because the quote is nonsense. Anyway, drive-in theaters seem like a great compromise. No horses allowed.

Bane Mask Boom: Have you seen stories about guys who don’t want to wear a mask because it’s unmanly? The Hollywood Reporter says there’s finally a macho-man mask tuff enuff for a backbreaking bad guy. So strap on a Bane mask, puff out that chest, and and ask yourself:

And how, revel in the awesome power of yesterday’s movie news. You are the captain now.