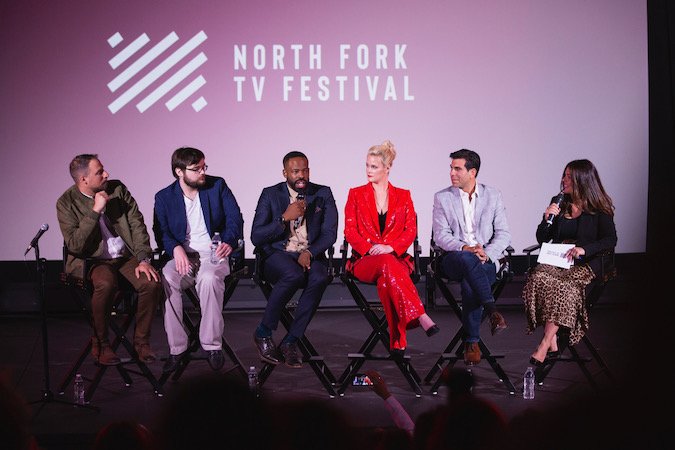 Screenwriters love mad scientists and killer robots — we all do — but the North Fork TV Festival is asking screenwriters to be a little more realistic in their portrayals of science and technology. The festival’s second annual Alfred P. Sloan Science + Tech Pilot Script Competition is looking for compelling stories that skip the stereotypes and look more honestly at how science and technology improve our lives.

A panel of eight independent judges, including both television professionals and scientists and technologists, will look for unique, character-driven stories that end in a cliffhanger that could set up a series. For the second year, director Elias Plagianos will work with the creators of the winning script to turn it into an episodic pilot, supported by a Sloan Foundation grant.

The pilot will premiere this fall at the 2020 North Fork TV Festival. Script submissions are now open, must be between 20 and 48 pages in length, and — brace yourself — cannot include science fiction or fantasy.

“Scientists and their work play a more critical role in today’s society, and yet there are many important untold stories about science. The 2019 competition introduced us to a powerful one: the pioneering work of Dr. Pearce. Looking ahead to the 2020 competition, I very much look forward to meeting the next set of scientists and engineers and the ways they’ve changed our world,” said festival founder Noah Doyle.

“Last year, Maxwell Pitagno’s award-winning pilot Distemper dramatized the incredible story of pioneering pathologist and LGBT icon Dr. Louise Pearce,” said Doron Weber, vice president and program director at the Alfred P. Sloan Foundation. “We’re excited to partner with the North Fork TV Festival for a second year with an expanded production budget for an episodic series pilot centering around the lives, loves, and scientific passions and conflicts of a rich array of characters in dramatic settings, part of our nationwide film program now numbering over a dozen great partners.”

The North Fork TV Festival, based in Greenport, New York and now in its fifth year, brings together executives, directors, writers, and actors to support independent, innovative TV.

The Alfred P. Sloan Foundation offers grants in science, technology, and economics. Its program in Public Understanding of Science and Technology, directed by Weber, supports arts aimed at a wide, general audience.

Here’s some information on the panelists, provided by the festival. Their full bios will be available on the festival website: