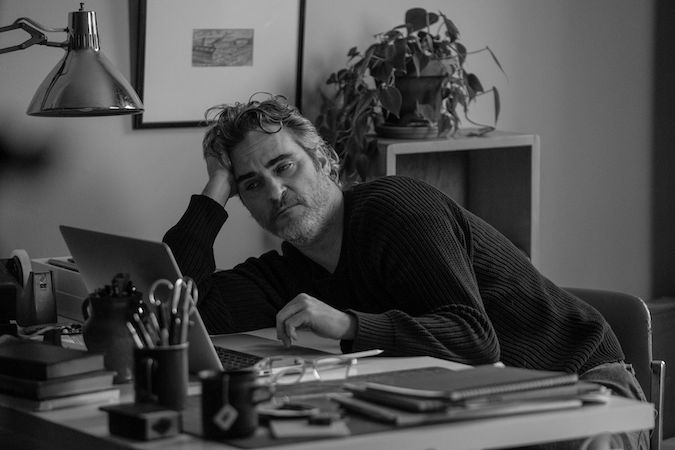 “Here comes the crying,” writer-director Mike Mills joked while talking about his relationship with Joaquin Phoenix, the star of his new film, C’mon C’mon. Mills was visiting the SCAD Savannah Film Festival where he received the Auteur Award and participated in a Q&A after a screening of the movie on Wednesday evening.

“I love him, just as a person and as a comrade making this film,” Mills told an audience of SCAD students and fellow film enthusiasts. “To get Joaquin to do this movie was fucking hard. It took, like, six months of, like, dating him. Each date I’m, like, more and more in love. Like, literally in love. And he’s just more like, ‘Yeah, we’ll see,'” Mills laughed.

But he also wanted to emphasize how much kindness and consideration was infused in Phoenix’s initial hesitancy to sign on to the movie, which follows a radio journalist (Phoenix) who takes his young nephew (Woody Norman) on a trip across the country.

“He’s sincerely trying to figure out if he can do me justice. Sincerely. And he doesn’t think he can for a really long time. That’s really kind and very humble,” Mills said of Phoenix. “So we would read the script a lot as just a way to hang out. I would do all the characters, he would do his. I’m not an actor, I’m shy — that was fucking scary. But it was lovely. We would laugh so much. He’s so smart, he would ask the most interesting great question about the script — and he would never do it with bravado, he was always self-deprecating. He kind of reads like Columbo, but he’s really all wrapped around you and twice as smart as you.”

Both men have a humble, self-deprecating demeanor, and their friendship got closer during filming as Phoenix looked to Mills for reassurance between takes.

“Joaquin would be doing a scene, and he’s so in it, and you’re watching the monitor like, ‘Oh my fucking God, I’m just lost in Joaquinness.’ And he’d go, ‘Mike Mills, this sucks. Mike Mills, what am I doing? Mike Mills, come here,'” Mills laughed. “Half the time I can’t even understand what he’s saying, and I’m like, ‘Sweetie, you got it. You got it, sweetie,'” and there’s maybe a squeeze and that’s it. And it’s like, fuck, how beautiful? I love that.”