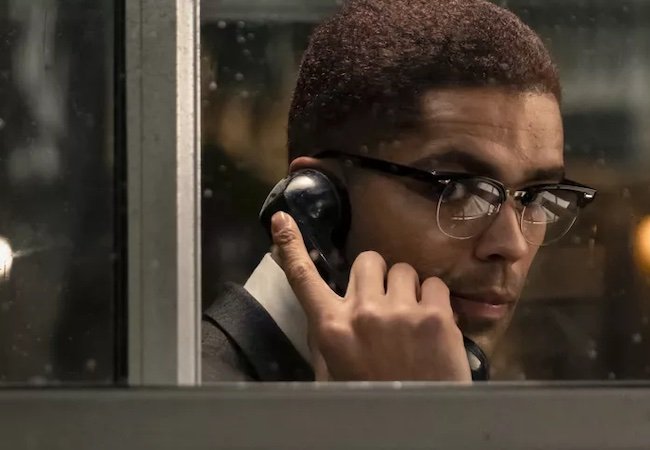 In today’s Movie News Rundown: Clarice and Dr. Lecter hang out; a doc about another dicey doc; and we discuss Malcolm X and One Night in Miami on the last night of the Trump Administration.

Night Stalker‘s Cameo: Netflix’s serial killer documentary has gotten some criticism for directorial flourishes that some viewers found too gruesome. But one scene I found very effective was a two-second shot in which another serial killer makes an unexpected appearance.

Silence of the Lambs Reunion: Variety got Anthony Hopkins and Jodie Foster together to reminisce about the film in honor of its 30th anniversary. The whole thing is great — I especially like the detail about developing the “metallic” quality of Hannibal Lecter’s voice — but the ending may be the best part. (We broke out a detail about how Hopkins initially thought Silence of the Lambs was a children’s story.)

Daniel Kaluuya and Tom Holland: Variety also has a good talk between the actors in which they discuss how their MCU films led to their latest films: Judas and the Black Messiah for Kaluuya and Cherry for Holland.

One Night in Miami: Last night your friendly Low Key podcast hosts discussed Regina King’s directorial debut about a meeting between Malcolm X, Muhammad Ali, Sam Cooke and Jim Brown. As it happened to be the last night of the Trump presidency, our thoughts turned to how this story set in 1964 relates to America today, and how Black protest is so often about getting America to uphold its own stated values. You can listen on Apple or Spotify or here:

How Not to Be a Fertility Doctor: The documentary Baby God recounts how Dr. Quincy Fortier was seen as a godsend to countless women he helped join the Las Vegas baby boom of the 1960s. That is, until a detective, curious about her family history, discovered that he was her father — and had also used his own sperm with an untold number of other patients, without their knowledge or consent.

News of the World: Paul Greengrass, director of the absolutely lovely new Tom Hanks Western, says in a BBC interview that he expects a return to cinemas in six months. Deadline transcribed his remarks, in which he said he opted not to wait to release News of the World: “We could have elected to delay the release a year, but I didn’t want to do that. I thought it was a film that is relevant to today. I think we’ll be back in cinemas sooner than we think, in six months I think we’ll start to go back.”

Main image, above: Kingsley Ben-Adir as Malcolm X in One Night in Miami.