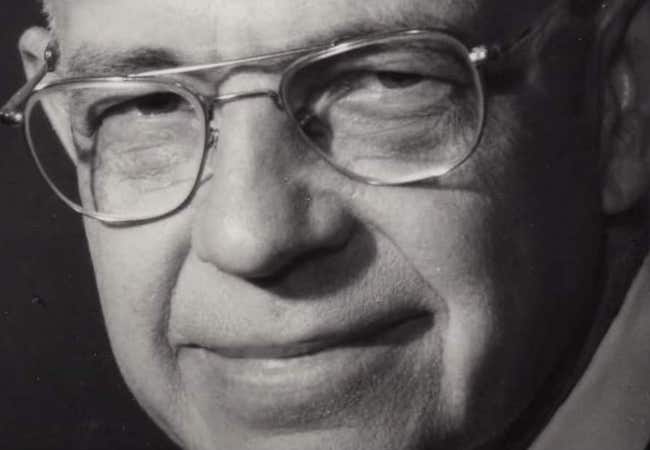 Baby God chronicles how Las Vegas fertility doctor Quincy Fortier impregnated patients with his own sperm, without their consent of knowledge — and left literally countless people wondering if everything they thought they knew about their parentage was wrong.

Director Hannah Olson talks about her new HBO film with Eric Steuer on the latest episode of MovieMaker, addressing why Vegas is so intrinsic to Fortier’s violations, and why he may not have even considered them wrong. You can listen on Apple or Spotify or above.

How many women did Fortier impregnate? No one knows. His actions have left his offspring — many of whom only recently learned they were his offspring — how his genes may have affected their identities. In a curious case of nature v. nurture, many of his descendants find that they share Fortier’s methodical approach to problem-solving — and wonder what else they may have in common with him.

Olson met many of the offspring before they ever met each other.

“I was the only person that was seeing all these different Fortiers, who didn’t know each other at all, so for me I had this kind of bird’s-eye perspective,” she tells Steuer. “What did they have in common? Scientific brains. Since I finished filming, five additional siblings have emerged, one of whom is a doctor, one is a scientist… they all had kind of a scientific brain.”

The film follows retired detective Wendi Babst, who decides to explore her ancestry through home DNA testing, and soon begins unraveling the mystery of Dr. Fortier.

He opened Women’s Hospital in Las Vegas in the 1960s, when countless young women moved to Vegas in search of casino jobs. Societal pressure to have babies was intense, and for many women, he seemed like a godsend — he was even named the 1991 Nevada Doctor of the Year.

But perceptions began to change when Babst discovered her half-siblings, and used the analytical skills she may inherited, in part, from Fortier.

She learned that he may have shared his sperm with hundreds or thousands of patients in all. The film explores whether he may have thought he was going the right thing.

“Do you want to say your father was a monster?” Babst asks. “And what does that say about you?”

But Olson found another commonality among all of Fortier’s descendants.

“They were all introverted, and kind,” she says. “Really kind people.”

Night Stalker: Charles Manson Reflection Is One of Doc’s Lurid Flourishes
No Man’s Land Director Conor Allyn on Using a Classic Genre to Explore the Border