Lisey’s Story: How JJ Abrams Knows When to Stop Adding Details to a Fantasy World 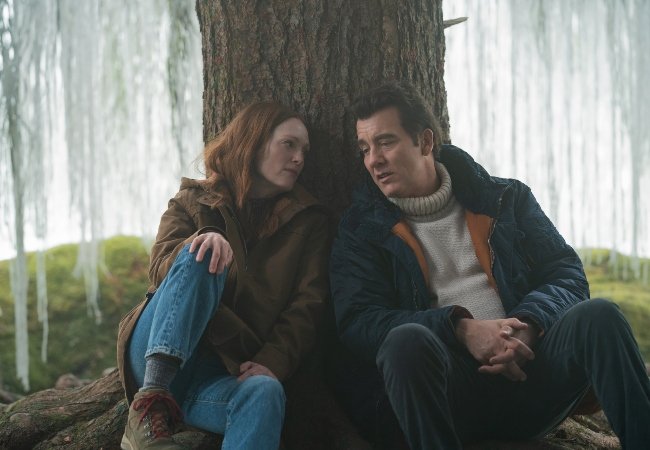 JJ Abrams has often worked in the realm of fantasy and is a frequent collaborator of one of the world’s most revered authors, Stephen King. Their eight-part series Lisey’s Story, adapted by King and based on his bestselling 2006 novel, premiered June 4 on Apple TV+.

Lisey’s Story follows Lisey Landon (Julianne Moore), the widow of famed writer Scott Landon (Clive Owen) as she comes to terms with the strange and supernatural circumstances of his death. A good portion of the action takes place in the imaginary world of Boo’ya Moon, where cool waters have the power to heal — and a terrifying monster lurks somewhere in the forest.

We asked Abrams, who executive produced the project alongside King, how he finds the line between going overboard on building out a fantasy world for the screen and getting it just right.

“It’s a crazy thing, this process of moviemaking. Which is to say, you’re doing your job, and yet at the same time, your job is to disappear and not be doing your job, not to be seen as doing your job,” Abrams told MovieMaker. “That is so true in every aspect of the writing, the performances, the design, certainly the score, you know, the editorial — everything wants to kind of feel inevitable. And so when you have a designed world, the temptation to overdo it, you know, to add details that may not be necessary — the question really is, what is the story demanding?”

For the creator of Lost, one of the richest and most detailed fantasy worlds to ever grace the small screen, it’s all about balance. 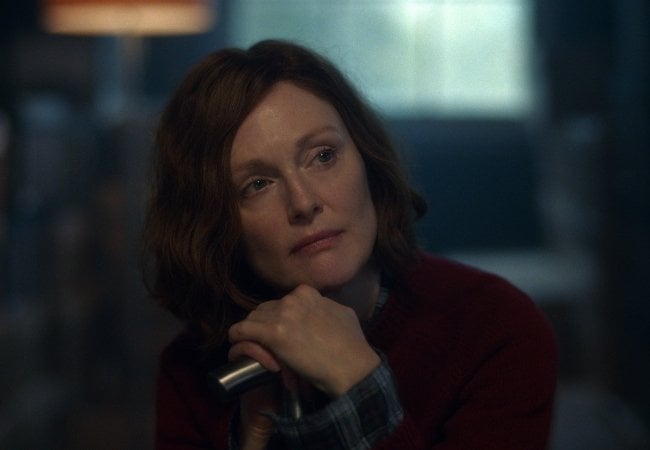 “In this project, it’s meant to be something that, as out there as it is, somehow feels relatable,” Abrams said. “You’ve got to find that balance, and it’s going to be a different thing for everyone. But I feel like listening to what the project demands, what the sequence demands, what the scene demands, what the shot demands — at a higher resolution, you just keep sort of asking, like, ‘When am I getting in the way of the thing? How can I do my job and [make] it feel like it was done for us, as opposed to ‘I’ — whoever that ‘I’ is.”

Abrams also attributed the seamless blend between fantasy and reality in Lisey’s Story to the talent of director Pablo Larrain and King, who personally adapted all eight episodes of the series for the screen.

“Pablo had to balance incredibly relatable and real moments of family, of mourning, of loss, of the mundane, with extreme elements… that are wild and extreme and in some cases really horrific, with the absolutely fantastical and insane and wildly hyperreal,” he added. “I think everyone does it differently, and it’s not just a question of how directorially one does it, but also, can the piece sustain those different elements? Can you watch something that is doing all of these extreme and very different, disparate kinds of things and have it feel cohesive and of a piece? I think that’s one of the things that the book does so well, And it’s a testament to Stephen.”

“It’s an equally tricky balancing act to not just have something that is interpretable by every reader, but needs to be interpreted by and then defined specifically by the director and made photo real on screen,” he added. “How you do that is really tricky, so I feel like my personal experience is every movie, every series has its own challenges and ways to sort of do that kind of magic trick of believing the thing that is we all know to be impossible… That’s something that Pablo did brilliantly in this and frankly, I’ve learned from him watching him do it.”

The first two episodes of Lisey’s Story premiere Friday on Apple TV+. Main Image: Julianne More as Lisey Landon in Lisey’s Story. Photo courtesy of Apple. This story was originally posted on June 4, 2021 and has been updated.