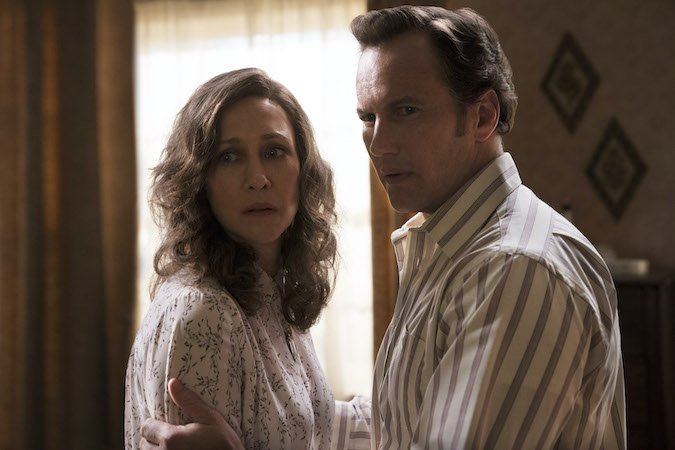 Patrick Wilson was meant to direct. Michael Chaves saw the signs. “When you’re shooting, he’ll always say, ‘OK, let me give you another one a little bigger, another a little quieter,’” says Chaves, director of Wilson’s latest film, The Conjuring: The Devil Made Me Do It.

“A lot of times when actors ask for other takes, it’s because they’re unhappy with their performance. But when Patrick does it, it’s because he’s giving you options. He acts like a director.”

Wilson is known for a 20-year catalog of both dashing and dastardly men, from the dignified, duty-bound Lou Solverson on FX’s Fargo to the phony “nice guy” of Hard Candy. But he has been most successful in the last decade in horror.

The genre has always been, he says, “a little scary to me.” But he is also drawn to things that scare him: He now embraces horror so thoroughly that he will make his feature directorial debut with the upcoming fifth film in the Insidious series.

“I’ve been so entrenched as an actor in the genre,” Wilson says. “I thought, I don’t need to fool around with directing. I wasn’t opposed to it, I just wasn’t actively looking for a horror movie to direct. But that being said, I also feel like I was looking for all these reasons not to do it.”

The Conjuring: The Devil Made Me Do It director Michael Chaves and stars Vera Famiga and Patrick Wilson on set. Photos by Ben Rothstein / Warner Bros.

In the first Insidious film, Wilson played Josh Lambert, a father who faces his own trauma while traversing a demonic astral plane in search of his son’s soul.

“People relate to the weakness in Josh,” Wilson reckons, “and so they love when he gets to be this hero.”

By surrounding the character in darkness, director James Wan and writer Leigh Whannell harnessed a gallant sensitivity and decency that Wilson had started to explore in a decade of historical epics, romantic comedies, and prosaic ensemble dramas. Turning to a new and unfamiliar genre, he tapped into it more deeply.

In the Conjuring series, for example, Wilson and Vera Farmiga play real-life paranormal investigators Ed and Lorraine Warren. In film after film, they are plunged into pitiless cruelty, only to emerge victorious, wreathed in light.

“With The Conjuring it’s built into the very structure of the films. You know going in that Ed and Lorraine are going to be surrounded by negativity and evil, so we get to go the complete opposite and play these larger-than- life personifications of love,” Wilson says.

Patrick Wilson was born in Norfolk, Virginia, in 1973, but grew up in St. Petersburg, Florida, just across the bay from Tampa. The youngest of three sons, Wilson spent his youth and childhood “sort of, somewhat, kind of tangential to the movie business,” he says.

His father, John Wilson, was a popular news anchor on Tampa Bay’s WTVT, and his brother Mark now anchors on the station as well. His mother, Mary Kay, was a professional singer and voice teacher. 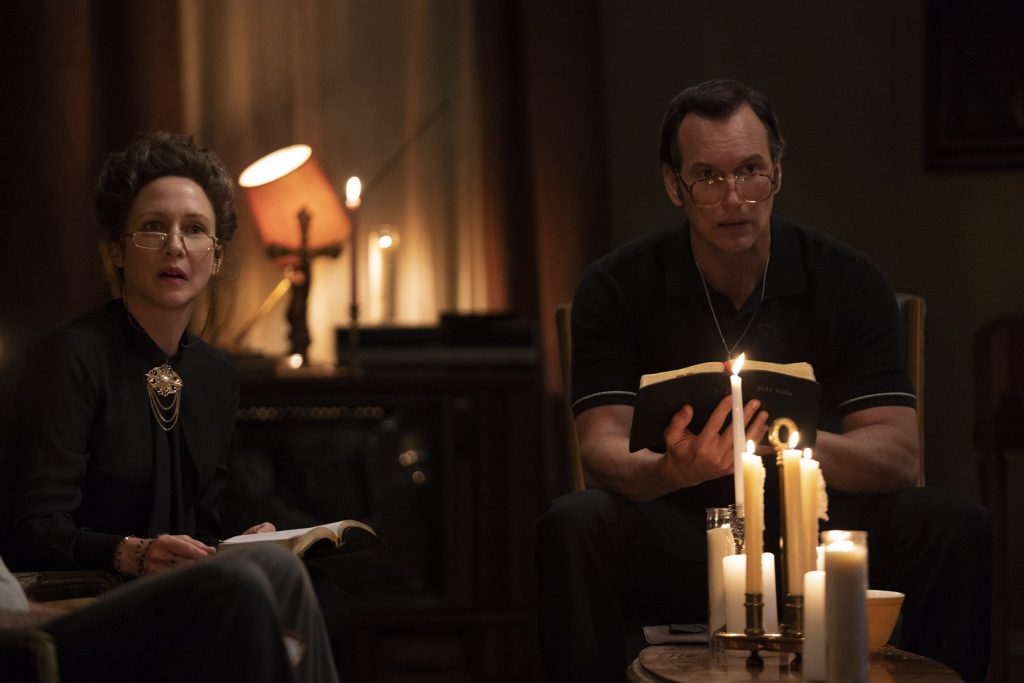 Vera Farmiga and Patrick Wilson are Lorraine and Ed Warren in The Conjuring: The Devil Made Me Do It

Wilson attended Carnegie Mellon to study drama and was soon cast in two touring stage productions: as the understudy to the male lead in Miss Saigon (1995), and as carnival barker Billy Bigelow in Carousel (1996). He arrived on Broadway “at the tail end of the ’90s jukebox musical” craze.

“If you read any of the reviews of work I did in my twenties, critics were for the most part nice, but to them I was ‘Convincing!’ ‘Underplayed!’ ‘Natural!,’” he says. “For so long, I didn’t gravitate toward those real, magnetic, consuming roles. I’d watch guys like Nathan Lane… who could hold an entire audience from the stage, and just be amazed.”

Horror, he says, lets him take an approach he never could in his early years.

Wilson delivered Tony-nominated performances as Jerry in the original cast of The Full Monty (2000), and as the charming, cocksure, bronco buster Curly McLain in Oklahoma! (2002). His stage successes led to the role of Joe Pitt in Mike Nichols’ HBO adaptation of Angels in America, Tony Kushner’s Pulitzer-winning “gay fantasia” of AIDS, alienation, and American hypocrisy. The HBO production drew wide attention thanks to a cast that also included Meryl Streep, Al Pacino, and Emma Thompson.

Wilson was nominated for a Golden Globe and an Emmy for his role as Joe, a kind, mild-mannered Mormon, dutiful husband, and deeply closeted lawyer who is pushed into homophobic litigation by Pacino’s Roy Cohn.

“Because of Angels in America,” Wilson says, “and the award nominations and the buzz that that show got, that I then became a recipient of, I walked into Hollywood — at 30 mind you! I wasn’t 22, I wasn’t a total kid, I’d been on Broadway. But by Joe Pitt being my audition tape for Hollywood, it automatically put me in a certain position.”

He continues: “People thought, if he can hold his own opposite Meryl Streep and Al Pacino, then let’s offer him Hard Candy, let’s offer him Phantom of the Opera. Basically they thought, OK. He is an actor.” 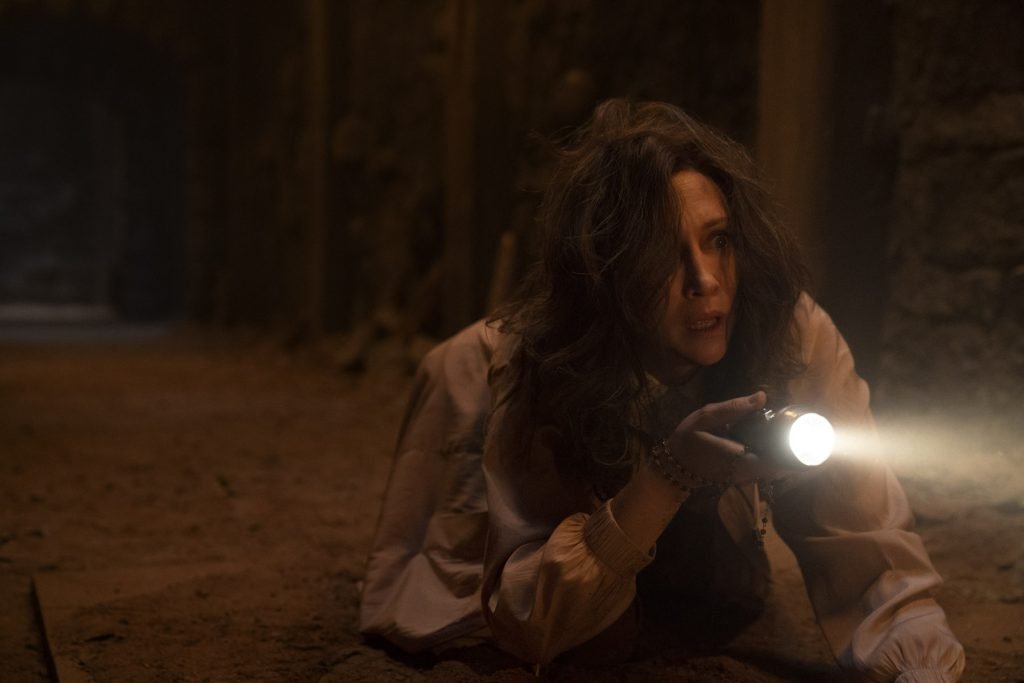 In Joel Schumacher’s 2004 The Phantom of the Opera, he played the kind-hearted Raoul. In David Slade’s Hard Candy, he played Jeff Kohlver, a pedophile hiding behind a genial “guy next door” mask.

When he recalls the experience of embodying a man who uses his good looks and non-threatening demeanor to attempt assault on a 14-year-old, his tone still clouds over. “I’m attracted to roles that scare me,” he says. “But those were just tough days on the soul.”

Along with two Insidious films and three Conjuring films, Wilson has appeared over the past 10 years in Bone Tomahawk, Nightmare Cinema, the horror comedy Home Sweet Hell, and the Stephen King adaptation In the Tall Grass, to name a few. Now, rather than looking toward stage actors for guidance and inspiration, Wilson cites “actors like Jack Nicholson, Anthony Hopkins, guys who could really hold their own in a horror film.”

But horror has also become a kind of comfort zone—or at least a comfortable place to face the things that scare him. just realized,” Wilson muses, “I know the franchise so well, I have overwhelming support from the studio, and I’d be surrounded by people who I know will push me.”

The Conjuring: The Devil Made Me Do It, starring Patrick Wilson, opens in theaters and on HBO Max on Friday.