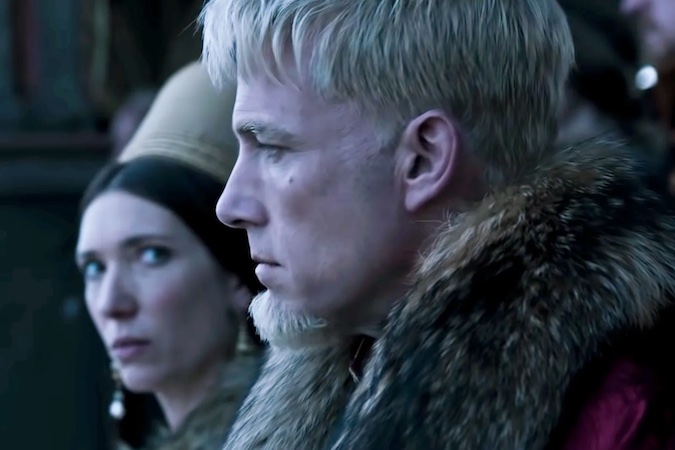 Zola writer Jeremy O. Harris on how being told “no” opened doors; Matt Damon and Ben Affleck reunite in Ridley Scott’s The Last Duel trailer; U.K. productions shut down due to COVID-19; Harvey Weinstein may face new charges as early as today.

But First: Our 2021 list of the Best Film Schools in the U.S. and Canada will be out today at noon PT, 3 p.m. ET. It will be on our homepage, and email subscribers will get it in their inbox. It will be thoughtful and informative.

Overcoming Fear: Jeremy O. Harris, co-writer of the road trip stripper drama Zola, says on the latest episode of StudioFest’s Demystified that being constantly told “no” gave him the courage to write what he really wanted to write. That worked out well: Besides the acclaim for Zola, his Slave Play is up for a record-breaking 12 Tony nominations, the most ever for a non-musical. Watch:

Skater Girl: Check out this interview with Manjari Makijany about her new film Netflix film Skater Girl, for which she and her sister built a massive skatepark in rural India — and then donated it to local kids. It’s a movie that manages to be both good for kids and honest about the obstacles facing rural girls in much of the world.

Great Job, Cannes: Variety exclusively reports that the Cannes Film Festival paid more than $1 million to cover the costs of regular, free COVID testing to about 28,000 attendees. Was it worth it? Yes: “There have been no reports of major outbreaks out of Cannes,” Variety says.

Weinstein Goes West: When most people go west, it is search of an exciting new opportunity. For Harvey Weinstein, it is the opportunity to be convicted of additional horrible crimes. The fallen mogul has lost his fight to avoid extradition to California, where is expected to be arraigned as early as today on 11 sexual assault counts, including four counts of rape, his attorney told The Associated Press. Weinstein’s lawyers had cited health concerns to keep him in New York, where he is serving a 23-year sentence on rape and sexual assault convictions.

Paging Tom Cruise: The Hollywood Reporter notes that several U.K. productions — from Bridgerton to the Game of Thrones prequel House of the Dragon — have shut down after positive COVID-19 tests. England lifted its remaining COVID-19 restrictions on Monday, but cases of the Delta variant are rising. THR’s story includes this frank assessment from British producer Jonathan Weissler of Balagan Production: “On too many productions, COVID supervisors are not listened to and their advice is ignored. Quite often these supervisors are relatively junior production people who now have this job title but no actual authority. When a director or DoP refuses to wear masks, what message does that pass on to the rest of the crew?”

The Last Duel Trailer: Ben Affleck and Matt Damon reunite in the latest from Ridley Scott, in which Damon and Adam Driver get medieval.