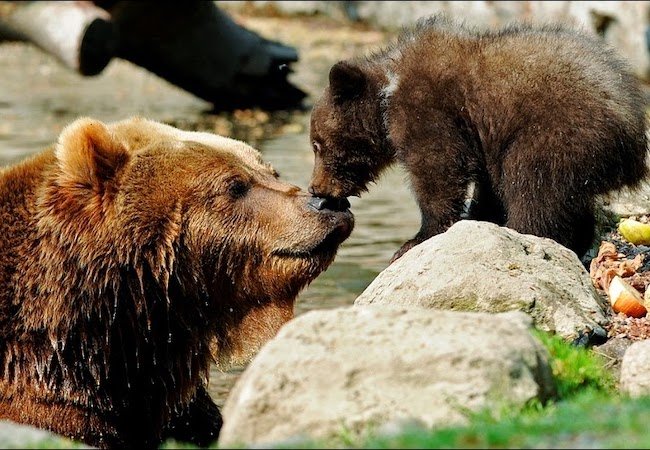 But First: Check out Caleb Hammond’s terrific cover story on how Dasha Nekrasova went from internet phenomenon “Sailor Socialism” to co-host of the provocative and comical Red Scare podcast to roles in The Serpent and Succession to making her directorial debut with a horror film about Jeffrey Epstein. Plus there’s photos by Richard Kern.

Okay: This article taught me that the cinematographer of the new Michael B. Jordan action film Without Remorse was hired because of his work on 1988 nature film The Bear, a very cool film that told a narrative story using real bears.

Micheaux: If you’re in L.A. this weekend, check out the Micheaux Film Festival, the first in-person festival in the city since… you know. Co-creator Courtney L. Branch talked with us about the precautions the fest has taken, including moving into a much-bigger (and quite iconic) venue. Tickets are here.

Disneyland, Too: The park reopens today for the first time in 13 months and people are, well, watch:

These are the first Disney fans let onto Disneyland property to be some of the first in line for opening day! They were waiting as early as 4am! @ABC7 pic.twitter.com/r3dkEBpFuQ

Preview of Coming Attractions: I am racing to complete the 100th episode of the MovieMaker podcast, featuring a director I’ve wanted to talk to forever. Here are some hints: “Old bull/Young calf,” Succession, Leonardo DiCaprio, the NBA, Ronald Reagan. Subscribe on Spotify or Apple and you’ll be the first to hear it.

Invincible Renewed: Between Invincible and The Boys, two shows that brutally subvert superhero tropes, it almost feels like Amazon Prime is making fun of the Marvel heroics over at Disney+. Anyway, Variety reports that Invincible has been renewed for two more seasons. It’s an animated series from Robert Kirkman, starring Steven Yeun, and I really like it.

Noel Clarke: Are you ever jarringly reminded that there are apparently very well-known people in the world of whom you had no awareness whatsoever? So it is for me today, and honestly, this is not a great first impression. Clarke vehemently denies accusations from 20 women, detailed in The Guardian, that he has a pattern of harassment, misconduct, and unwanted contact.

Crimes of the Future: David Cronenberg and Viggo Mortensen will reunite for their fourth collaboration, Crimes of the Future. Cronenberg will direct and this will be the first film he writes since 1999’s eXistenZ. The cast also includes Léa Seydoux and Kristen Stewart, and principal photography is scheduled for August in Athens. “I have unfinished business with the future,” says Cronenberg in a cold-ass statement.

What’s It About, Though? “Accelerated Evolution Syndrome,” according to Neon and Serendipity Point Films, which describe Crimes of the Future as “a deep dive into the not-so-distant future where humankind is learning to adapt to its synthetic surroundings. This evolution moves humans beyond their natural state and into a metamorphosis, altering their biological makeup. While some embrace the limitless potential of transhumanism, others attempt to police it. Either way, in this perfectly crafted Cronenberg world, which marks the iconic filmmaker’s return to sci-fi, ‘Accelerated Evolution Syndrome’ is spreading fast.”

Al Pacino v. Al Pacino: The UK’s Far Out Magazine has a diverting list of Al Pacino’s 10 best performances. These kinds of rankings are meaningless except as an excuse to think about Al Pacino, who is just great, you know?

Comment of the Day: “This is perfect timing. The Beatles brought us out of our doldrums after the Kennedy assassination, and here they come again with their talent, energy, and effervescence to pull us up into a joy-filled place once more. Thank you, Peter Jackson, we needed this!” — an Apple review of our podcast, which has never mentioned The Beatles, Kennedy, or Peter Jackson. But it’s positive, so we’ll gratefully accept it.

The Bear: The film is mostly in Bear, but here’s one of the rare scenes in The Bear that includes human language.

Have a wonderful weekend, everyone!

Main image: Bart the Bear (L) and Youk the Bear in 1988’s The Bear, directed by Jean-Jacques Annaud.