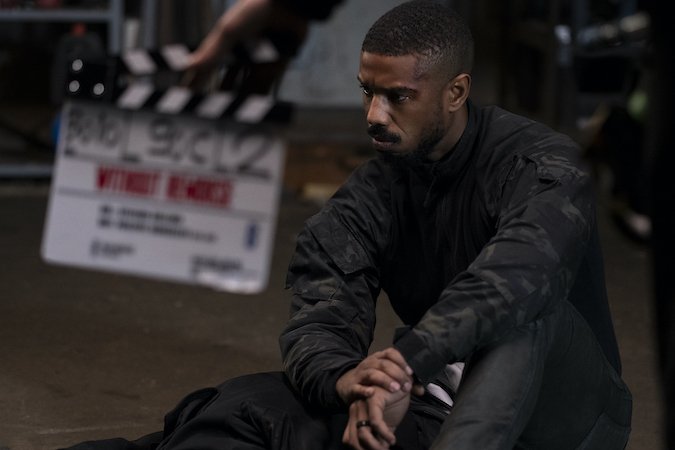 Without Remorse director Stefano Sollima stays close to Michael B. Jordan throughout the film’s many action sequences, which was only possible due to Sollima’s early request that Jordan perform a majority of the stunts himself.

“I asked Michael to do almost all the stunts because I wanted to stay really close with him physically with the camera,” Sollima tells MovieMaker.

“The entire movie is told by his point of view exclusively,” Sollima adds. “And then if we add some information, we are always with him.”

When pitching Paramount for the project, Sollima was surprised that out of the expansive Tom Clancy universe, a movie on Navy SEAL John Kelly hadn’t yet been done. That changes Friday when Without Remorse hits Amazon Prime Video. Michael B. Jordan stars as Kelly, and also produces.

The streaming platform is home to another Clancy household name, Jack Ryan, and Sollima tells MovieMaker he sees a key distinction between the two Tom Clancy men.

“Jack Ryan is an analyst, he is a true believer, he believes in the United States of America and what he’s doing, and he is not a man of action. On the other side, John Kelly is the soldier. He’s the boots on the ground. And he questions everything,” Sollima says.

Clancy’s 1993 novel Without Remorse takes place in 1970 during the Vietnam War, and it was important for Sollima to “modernize the story,” swapping Vietnam for modern-day Syria. It helped that the character of John Kelly himself is a very modern character: Sollima says Kelly “questions this society he’s living in.”

This questioning of everything is set in motion when an early tragedy in the story shakes up Kelly’s world. From there, Without Remorse is one spectacular set piece after another. 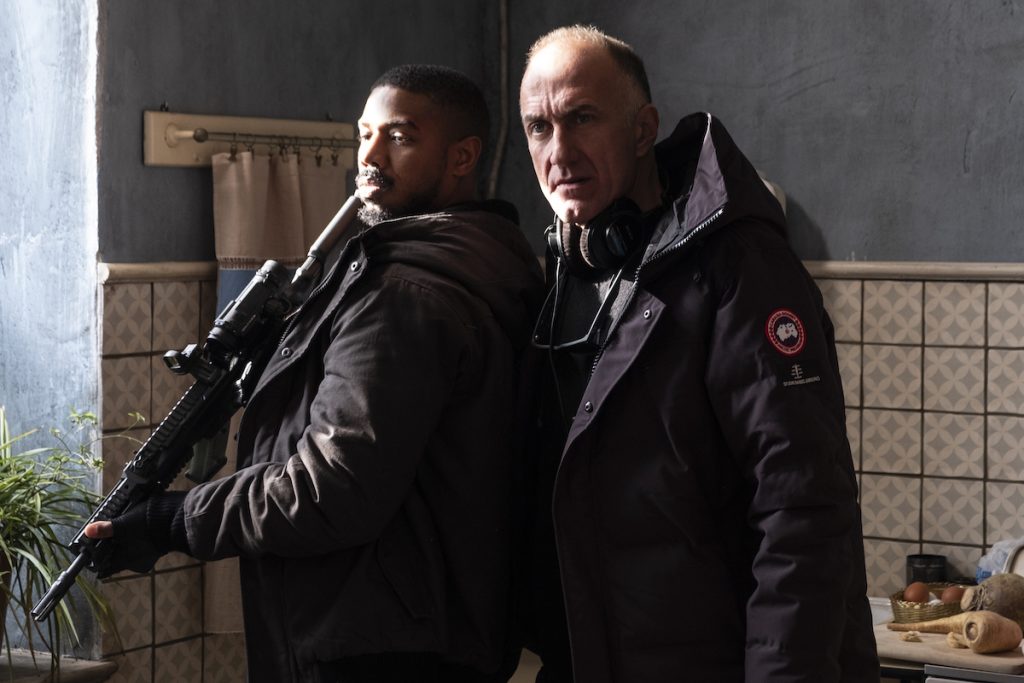 Michael B. Jordan with director Stefano Sollima on the set of Without Remorse, an adaptation of the 1993 Tom Clancy novel. Photo by Nadja Klier/Paramount Pictures

There is an early prison fight sequence that illustrates this manner of teasing out of information exclusively from Kelly’s POV. Sollima explains the audience’s experience in the sequence: “We are in the cell. We never move out. We just listen to voices. Kelly has this growing paranoia, because he knows he’s in danger, but he doesn’t know from where the danger could come. You buy this because you are within; you truly believe he’s in danger. All the action sequences were designed that way, that you’re going to be with him the whole time.”

Sollima tapped Academy Award-winning cinematographer Philippe Rousselot to lens the film, which was shot on a large-format camera.

It was a small independent film from the late ’80s, Jean-Jacques Annaud’s The Bear, matched with Rousselot’s extensive Hollywood work, that convinced Sollima he was the right fit.

“The Bear was this kind of documentary on this small bear whose mother died and then he’s alone. And it was done with real animals. And then after that, he did an incredible amount of Hollywood movies,” Sollima says.

Sollima felt that if Rousselot could have “enough patience to stay there waiting for a small animal to act as part of your movie” along with experience on films like Interview with the Vampire, Remember the Titans, and Guy Ritchie’s Sherlock Holmes — then he could handle the unconventional long tracking shots of Without Remorse.

Without Remorse, directed by Stefano Sollima and starring Michael B. Jordan, is available to stream on Amazon Prime Video tomorrow.