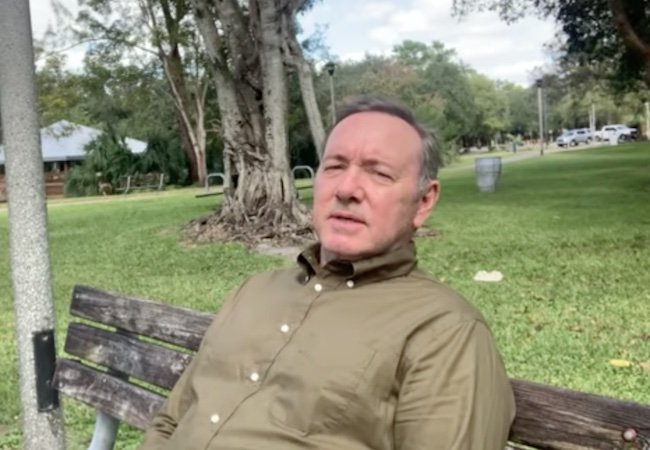 Kevin Spacey lands a film role that will make people mad; the Eternals trailer is here, and offers fodder for us nerds; we highly recommend watching The Donut King tonight, for free.

But First: If you’re making a movie and want to double your budget, we’ve extended the deadline for MovieMaker Production Services until this Friday. You can learn more here.

Recommendation: The Donut King, one of my favorite docs from last year, premieres on PBS’ Independent Lens tonight. The film from Alice Gu traces how Ted Ngoy, fleeing genocide in his homeland of Cambodia, earned and lost millions by creating a Southern California donut empire that also helped many of his fellow refugees establish themselves in America. They created simple joy even after enduring unimaginable atrocity. Gu skillfully bakes it all into a confectionary, often jaw-dropping delight. Here’s the trailer:

Kevin Spacey Gets a Job: Director Franco Nero has cast Kevin Spacey in his first role since sexual misconduct accusations got him dropped from House of Cards, scrubbed from All the Money in the World, and ostracized from Hollywood. Spacey has until now been one of many accused men in a new form of limbo — never convicted in a court of law, but publicly reviled because of many accusations of misconduct, detailed here by The Guardian. (A Saturday Night Live “Hollywood Squares” sketch just hours before the casting news Sunday made a joke of his persona non grata status.)

Pushing Buttons: As if designed to infuriate people on Twitter, the film is about a man falsely accused of sexually abusing children. Spacey will play a detective investigating said man, who will be played by Nero, the Guardian reports. Spacey’s downfall began, of course, when Anthony Rapp told BuzzFeed in 2017 that at a party in 1986, Spacey picked him up, carried him to his bed, climbed on top of him and made a sexual advance. Spacey was 26 and Rapp was 14 at the time. Spacey said in 2017 he had no memory of the incident, “but if I did behave then as he describes, I owe him the sincerest apology for what would have been deeply inappropriate drunken behavior.”

‘A Few Million’: If Nero changes his mind later, that’s what Netflix paid to remove Chris D’Elia from Army of the Dead and replace him with Tig Notaro, Zack and Deborah Snyder told Vanity Fair. D’Elia has denied accusations that he targeted underaged girls on social media.

Eternals: The lovely trailer for Chloe Zhao’s Marvel movie The Eternals just arrived. I was afraid the movie might be a little humorless but the Skeeter Davis needle drop displays assured wit. Also the little tag at the end contains a bit of nerd-baiting that will lead to many, many dopey posts today. (“Captain Rogers” is already trending on Twitter, leading Marvel executives everywhere to say “excellent” while doing that Mr. Burns thing with their fingers.)

Any Other Angelina Jolie Movies While We Wait for Eternals? Yes! My pals Aaron Lanton and Keith Dennie and I talk about her new film Those Who Wish Me Dead in the latest Low Key podcast. I liked it. They were less impressed.

Confidential to Angelina Jolie: Hi! If you’re reading this, you should really contact Alice Gu about making a feature of The Donut King. (Everyone else: I say this because Jolie directed 2017’s First They Killed My Father, about the Cambodian genocide.)

Comment of the Day: Our formerly janky comments finally work. Leave us one and you’ll actually be able to see it. Meanwhile, thanks to commenter Connie Asher, who asks, “Where can we see this film?” in response to this post about the documentary We Don’t Deserve Dogs. The answer: The filmmakers are offering it here for $3.99.

Main image: Kevin Spacey in the latest of his annual holiday videos.