Jóhann Jóhannsson: A Masterclass on the Collaboration and Reservation of an Award-Winning Score 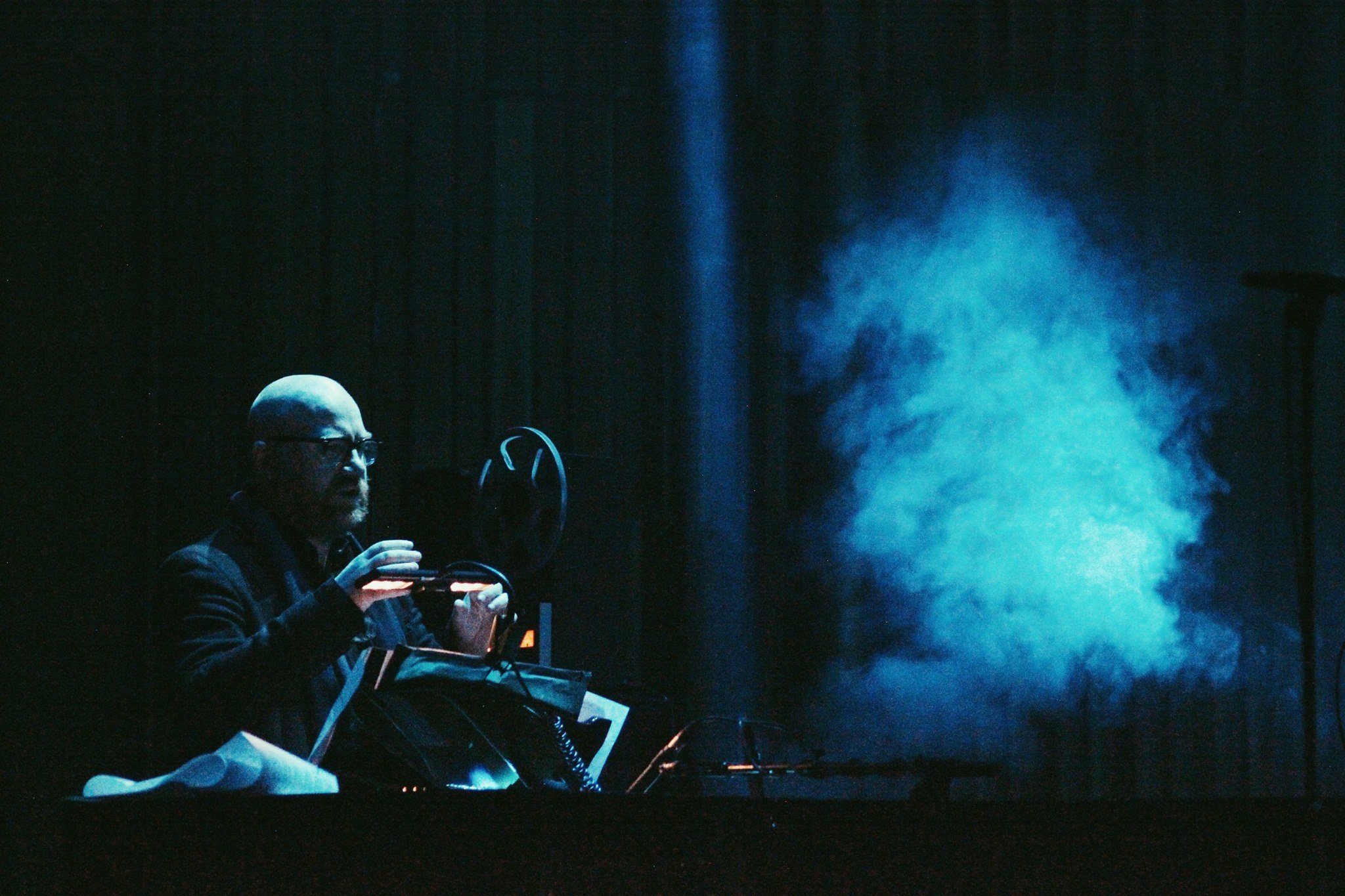 With a repertoire of work on movies including Arrival, Sicario, mother! and The Theory of Everything, it’s clear Jóhann Jóhannsson is a composer who knows a thing or two about music in film. Collaborations with great directors and two Oscar nominations under his belt, Jóhannsson is at a point in his career where he let’s his music do the talking.

Not only when asked on his almost-involvement with Blade Runner 2049, topic hidden behind the wall of NDA, he carefully searches for words as if attempting to strike the right tone. You can hear he is a perfectionist from the way he is able to scrape word after word before the most accurate sentence is found and the meaning is conveyed with utmost accuracy. And it is very easy to imagine that this exactly is how the Iceland-born, Hollywood-imported composer makes music—be it for Denis Villeneuve’s thrilling epics or Bill Morrison’s wordless documentary The Miners‘ Hymns.

With Jóhannsson’s notoriety only escalating—currently attached to three films in post-production, including James Marsh’s The Mercy—it’s no wonder he’s extremely busy. Busy to the point his visit to the Jihlava International Documentary Film Festival was scheduled at his will, expected on a Thursday and arriving for a brief window Saturday. Fortunately, he still managed to hold a master class. Read the highlights below. To feel especially inspired read the following while listening to Jóhannsson’s music.

“For me the gateway into writing music for film was writing music for theatre. Before that I was more of a solo artist, composing music not related to any other media. However, I have always been interested in narrative and my music has always had this conceptual element to it. In my music there are resonances with literature and with myth and with cinema as well. It had always been cinematic in some way and that’s why filmmakers started to approach me about writing music for their films. It lends itself very easily to images. That comes from working in theatre and also having a background in literature rather than in music. As a musician and a composer I consider myself an autodidact. Mostly through reading books I self-taught myself how to orchestrate and compose.”

“You cannot escape where you’re from. There is a connection between where you grow up or live and your art. I very much used to be a Reykjavík person before I started traveling and in Reykjavík you are constantly in touch with nature. There are beautiful huge mountains right across the bay and even though I have never really worked with nature schemes, I think it had effect on my music, a reductive effect maybe. And also, my fourth solo album was a concept album about the first computer that arrived in Iceland, that’s another example of the influence Iceland had on me.”

On Other Film Music

“I am probably only interested in five percent of film music. Most film music is pretty bad. Well, most music is pretty bad, actually. And a great number of my favorite films have no music at all or very little music in them—like Jesper Ganslandt’s Apan. Music is just a tool in a filmmaker’s toolkit. Me personally, I prefer to have as little music as possible. The power of music as an element decreases in many ways with the amount of it. There are exceptions of course, but usually music is more powerful when it has room to breathe, when there is silence around it. It’s about choosing the right moments. Even very strong music becomes ineffective when it’s all over the film.”

On Villeneuve and Sicario

“For Denis Villeneuve, creating an atmosphere is very important and music is a vital part of that process. That’s why Denis has always placed emphasis on bringing me in early on, before the shooting starts, and later bringing me on set as well to absorb the feel and sense of the atmosphere that he wants to create. It’s been a very intuitive collaboration as we have similar sensibilities and share similar views–we usually don’t need many words to communicate what’s needed.

In Sicario he said he wanted music that comes from the underground so it’s (for example) very percussive. But what’s more important is that it’s not omnipresent–the placement of music is just as important as the music itself, and where you don’t put music is just as important as where you put it. Denis understands that. And I think the reason Sicario’s score works is because there’s not that much of it. Which is a very rare practice in Hollywood cinema. There are long moments when there’s no score at all and so when it comes it’s quite prominent and featured.”

On Big and Small Production Differences

“There’s very little difference really between big production and small production. For me it’s the same process. However, documentary is different in a way that the voice of the documentary is found in the editing. So it’s harder to decide on tonal language there.”

On Inspiration and Music Ideas

“That depends on how focused the idea of the movie is. Many of my recent projects have been from the very beginning based on really focused ideas. For example with Arrival the music sort of leapt into my head as soon as I finished reading the script, almost immediately. I was also allowed to see the concept art and much of the imagery. That was very inspiring. Other film scores take longer which was the case of Aronofsky’s mother! for example.”

On Aronofsky and mother!

“mother! was one of the most interesting and powerful artistic experiences of my life. A unique piece of filmmaking that we always knew would be very divisive. And a film that Aronofsky had complete autonomy over even though it is a studio film financed by Paramount, with decent budget and major film stars in it. He had complete freedom which is a very, very rare thing in contemporary American mainstream cinema. It’s almost unheard of. So mother! was very much Darren’s work. But he is also a great collaborator and one who chooses his collaborators very carefully. On an American film I’ve never experienced a production so collaborative, which was more special because all his previous films were scored by the same composer, Clint Mansell. We had to first learn how to work with each other.

I moved to New York for five months and worked side by side with him while they were editing. It was a very strong and sort of humbling experience to see a film developed, to see it change so much. Originally, I wrote quite a dense score which negates a lot of what I’ve been talking about before. I wrote 90 minutes of orchestral score, almost like wall-to-wall music. It was very much according to Darren’s wishes, something he approved of and we were very enthusiastic about. But as the film was constantly changing in the editing process, it eventually moved away from the score, it changed so much it was rejecting the score or any music. Suddenly it worked better without music.

My immediate reaction was to take the score and ritually put it on fire but Darren didn’t want to go quite so far. He wanted to incorporate the music into the movie somehow and so we experimented for another few weeks, tried various approaches. The final thing that you hear in the cinema is very much combination of sound design and score, much closer to sound design with musical elements than actual score. That’s why I didn’t want the title “composer”–I am credited as “music and sound consultant”, which very much reflects what I did on the film. It was a fascinating experience. I am extremely proud of that film and being a part of that process.”

On Music and Sound Design Collaboration

“I’ve been lucky enough to work with filmmakers who have deeper understanding of the role of sound and music in film. And also of where these two things converge. So both on Aronofsky’s and Villeneuve’s films (especially on Arrival) there was very close contact with the sound design departments. I was constantly updated with their work and they were constantly updated with my work. There was a dialogue. That’s how it should be – film’s a collaborative art.” MM