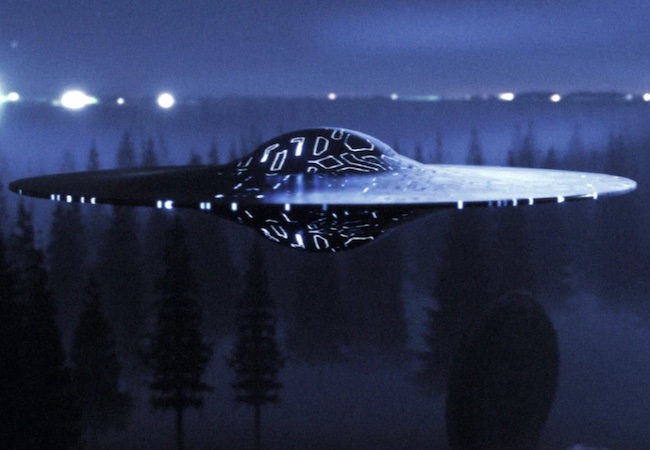 Netflix offers a compelling UFO theory; the Coen Bros.’ composer explains why Joel Coen is going solo for his next film; Genevieve Ahearne talks about dating future President Barack Obama; and Brendan Fraser isn’t so much “back” as continuously present. All in today’s Movie News Rundown.

But First: If you’ve been meaning to read this revealing, funny interview with The Suicide Squad director James Gunn, but words hurt your eyes, we’ve used new “podcast” technology to enable you to listen instead to it instead. It’s on Apple or Spotify or here:

BlackStar: The BlackStar Film Festival, celebrating its 10th year, starts today. It’s one of the festivals on our latest list of the 25 Coolest Film Festivals in the World and we highly recommend that you click here to learn more.

Brendan Fraser: The actor has joined Martin Scorsese’s Killers of the Flower Moon and Max Barbakow’s Brothers, prompting calls of “Brendan Fraser comeback!” from people who didn’t see him being terrific in Steven Soderbergh’s No Sudden Move, the DC Comics series Doom Patrol, or The Affair. Deadline has details.

Obama’s Ex: One of the key people interviewed in the new HBO biographical series Obama: In Pursuit of a More Perfect Union is Genevieve Ahearne (née Cook), who dated the future president during his Columbia University years after they met at a party and bonded over many things, including the weird coincidence that they both lived in Indonesia as children. She sounds cool. Barack Obama of course moved to Chicago, where he found a, well, more perfect union. Anyway, happy 60th birthday, President Obama.

Sidewalk Film Festival: The Birmingham, Alabama-based festival just announced the lineup for its 23rd edition, coming up August 23-29, and it looks to be an exceptionally well-programmed event. This year’s Opening Night screening will be Jeff Daniels’ Television Event, and Jim Cummings and PJ McCabe’s The Beta Test will be the Closing Night screening. The festival will also include anniversary screenings of Steven Soderbergh’s Contagion, Ridley Scott’s Thelma & Louise, and maaaybe my favorite short ever, John Heyn and Jeff Krulik’s Heavy Metal Parking Lot. More details are here.

Is This Information Credible? Decider describes Top Secret UFO Projects: Declassified as a “cheesy series about government UFO cover-ups that’s more conspiracy than fact.” But what if that’s exactly what I want in a UFO docuseries?

Solo Coen: The Coen Bros.’ frequent composer, Carter Burwell, explains on the Score podcast why Joel Coen is making his new film The Tragedy of Macbeth without his brother, Ethan Coen: “Ethan has written and produced on his own, I know, but this is the first time Joel’s directing on his own,” Burwell said. “Ethan just didn’t want to make movies anymore. … Ethan seems very happy doing what he’s doing, and I’m not sure what Joel will do after this.” And of course, they could reunite at any time.

Or Not: “They also have a ton of scripts they’ve written over the years that are just sitting on various shelves. So I hope maybe they get back to some of those. Because I’ve read some of them, and they’re great,” Burwell continued. “But I don’t know. We’re all at an age where you just don’t know. We could all retire but I don’t think that’s exactly going to happen… I think it’s a wonderfully unpredictable business.”

Here, Watch for Yourself: It’s all queued up for ye.

Main image: A UFO coming to remind us about some cool Brendan Fraser news. I mean, at least I assume. Courtesy of Netflix.