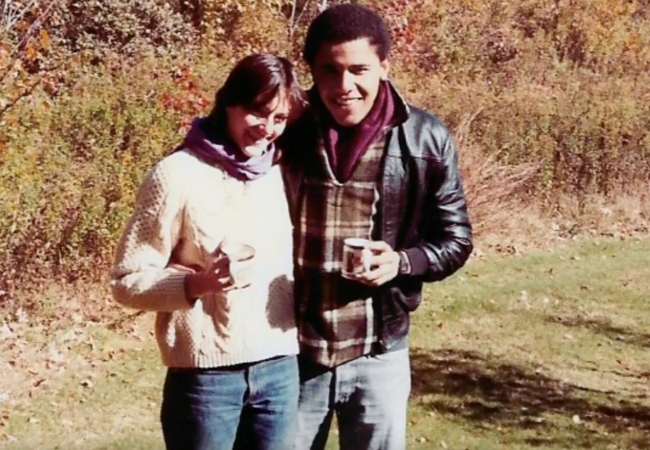 Former President Barack Obama might not have sat down for an interview with HBO for its new docuseries, Obama: In Pursuit of a More Perfect Union, but his ex-girlfriend from the early 1980s, Genevieve Ahearne (née Cook), did.

The three-part series covers Obama’s legacy and uses audio and video from several interviews with the former president throughout his life — just not since he left office. It goes from his childhood growing up in Hawaii and Indonesia and follows through all the way to the end of his second term.

The documentary also includes several of Obama’s friends and former colleagues, including Ahearne. As she explains, they met at a Christmas party in New York after Obama transferred from Occidental College to Columbia University.

“I was doing a Master’s in early childhood education in New York and I was living at home with my parents. I was invited to a Christmas party and I’m not much of a party-goer, so I was about to go home when Barack stopped me and introduced himself to me — and he must have said something a little bit compelling because instead of leaving as I was ready to do, we ended up sitting down on a beanbag by the front door and talked for a long time,” Ahearne explains in Part 1 of the docuseries.

According to a story in Vanity Fair by David Maraniss, author of the Obama biography Barack Obama: The Story, the meeting happened in 1983 and Obama was just 22 years old. Ahearne, then Genevieve Cook, was 25 at the time, three years his senior. Maraniss calls her “the deepest romantic relationship of his young life.” He reports that she smoked unfiltered Camels and Lucky Strikes, and that her drinks of choice were Baileys Irish Cream and Punt e Mes, an Italian vermouth, which she sometimes drank straight from the bottle. 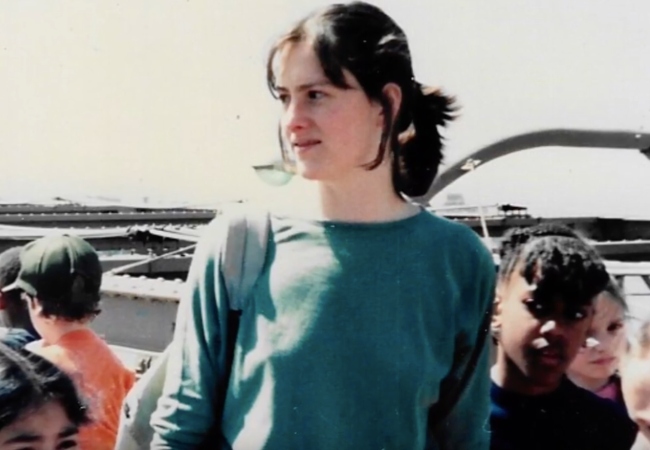 In the docuseries, Ahearne describes bonding with Obama that night over their shared experience of having lived in Indonesia as children.

“We both grew up moving around in other countries and just instantly had a lot in common. It was really bizarre when we both realized we’d lived in Indonesia as children at the same time. It felt extraordinary,” she says.

She spoke very fondly of her relationship with the then-future president.

“The week after we met, we fell into a kind of relationship. We just shared such a similar history and such a similar sensibility about what we were doing in New York and how we saw ourselves as actors in a world where we cared a lot about what we were choosing to do, or about to chose to do. We just seemed very much on the same page as far as being young and very idealistic,” she says.

But soon, Obama would move to Chicago to begin work as a community organizer.

“I think he was reluctant to talk about how that was shaping up to be the next move because it also meant conversations about breaking up, which was happening anyway. There was something about who we were together that he really was plugged into, very legitimately, but there was this other part in him that could see there was no good end to this particular love story.”

The doc didn’t air any clips of Obama addressing his breakup with Ahearne, but it did note that he met his future wife, Michelle, in Chicago. They were married in 1992.

Obama: In Pursuit of a More Perfect Union is now streaming on HBO.

How Actress Alison Chace United Women Worldwide During the Pandemic
Top Secret UFO Projects on Netflix: Are Aliens Trying to Stop a Nuclear War on Earth?