Top Secret UFO Projects on Netflix: Are Aliens Trying to Stop a Nuclear War on Earth? 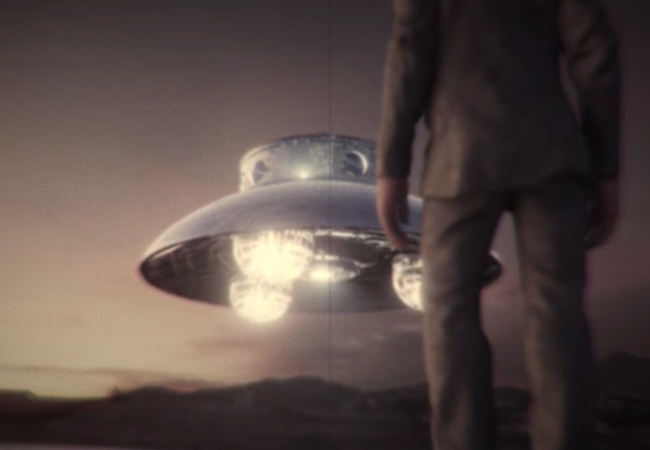 Good news, alien lovers: Netflix just released a new docuseries on UFOs, and it addresses all the open secrets about flying saucers and extraterrestrial visitation that have fascinated U.S. audiences for decades.

Called Top Secret UFO Projects: Declassified, the six-episode series features interviews with experts on alien sightings and Project Blue Book, the U.S. Air Force’s investigation into UFOs that went on from the early 1950s to the late 1960s.

Episode 1 of the docuseries, called Project Blue Book Unknown, poses one question in particular that may have left you scratching your head. Why have there been so many UFO sightings reported near nuclear facilities — and is it because aliens are trying to stop us earthlings from blowing ourselves up?

“To this day, UFOs are sighted near bases with nuclear arsenals, and in at least in two documented cases, the coded activation system was inexplicably tampered with,” explains voiceover narration in Episode 1 of the docuseries. “In 2010, UFO expert Robert Hastings states, ‘Declassified US Government documents and witness testimony from former or retired US Military personnel confirm beyond any doubt ongoing UFO incursions close to nuclear weapons facilities, but information about this is kept under wraps and denied.’”

Yeah… you read that right.

UFO researcher and author Michael Salla brought up one specific sighting in California that, if true, points to the same conclusion.

“One of the cases that really impressed me in Project Blue Book was in 1952, there was this sighting of a flying saucer in the vicinity to Desert Springs. This is the place where George Adamski says that he actually had his first encounter with an extraterrestrial from Venus,” Salla says.

The docuseries explains that after a night of stargazing with friends, Adamski and his group were walking home when they saw a cigar-shaped object appear in the sky. Though his friends were too scared to approach it, Adamski went ahead of them and walked right up to the craft, where he says he met with a being from Venus named Orthon who warned him about the threat of imminent nuclear war. 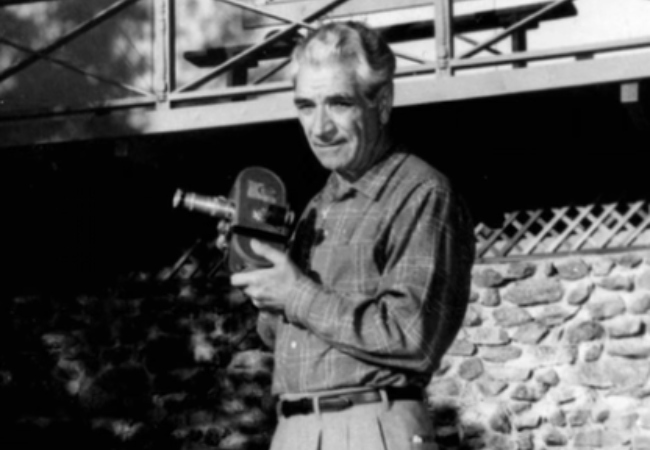 In a black-and-white television interview clip used in the Netflix docuseries, Adamski explains that he communicated with the extraterrestrial via mental telepathy.

“I have met him since, and he does speak very well English as well as any other language,” Adamski adds.

However, it’s worth noting that Adamski later claimed to have produced a photograph of a UFO that was discredited as a fake. “The image was debunked and compared to a surgical lamp,” states the narrator of the Netflix docuseries.

“All of the nuclear facilities—Los Alamos, Livermore, Sandia, Savannah River—all had dramatic incidents where these unknown craft appeared over the facilities and nobody knew where they were from or what they were doing there,” investigative journalist George Knapp, who has studied unidentified aerial phenomena around nuclear facilities for more than 30 years, told History.com in 2019.

Robert Hastings, the same UFO researcher quoted in the Netflix series, told History.com that UFO sightings near nuclear sites have been going on for decades, and says he’s interviewed over 160 veterans who say they’ve witnessed them.

“You have objects being tracked on radar performing at speeds that no object on earth can perform,” Hastings told History.com. “You have eyewitness [military] personnel. You have jet pilots.”

According to a June New York Times report on UFOs, the U.S. government has yet to explain the 143 sightings gathered by a Pentagon task force since 2004. The Times notes sightings “clustered around military training or testing grounds,” but said that fact could be explained away by collection bias, or because there are more cutting-edge sensors in those areas to detect them.

Whatever the explanation, there is no shortage of UFO researchers trying to solve the mystery of UFOs.