JFK and The Irishman: The Joe Pesci Role That Links Both Films 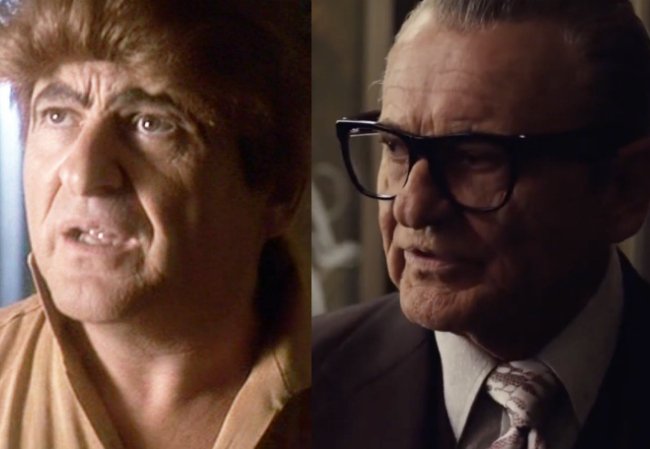 One of the most surreal moments in The Irishman comes when Joe Pesci’s character uses a homophobic slur to reference David Ferrie, a character Pesci played in JFK.

Today marks the 57th anniversary of President Kennedy’s assassination, a killing that continues to be the subject of debate and pop-culture theories — including the ones propagated throughout the 1991 Oliver Stone film JFK and in a fascinating aside in Martin Scorsese’s The Irishman, released this time last year.

In the section of The Irishman that links the mob, Ferrie, and JFK’s murder, Pesci, playing mob boss Russell Bufalino, crudely references “a fairy named Ferrie.”

There’s no way everyone involved in the film wasn’t in on the joke. Pesci memorably played David Ferrie in JFK, which also posited that the Ferrie had something to do with President John F. Kennedy’s assassination.

Who was David Ferrie? That’s a question that could take you down some very deep internet rabbit holes. But the short answer is that he was a pilot who New Orleans District Attorney Jim Garrison (Kevin Costner in JFK) investigated to see if he was part of a plot to kill the president. Garrison’s investigators believed Ferrie knew Lee Harvey Oswald. Ferrie, who died in 1967 at the age of 48, denied knowing Oswald or anything about a plot to kill Kennedy, and was never charged in any plot. (He was, however, twice arrested on “morals charges.”)

Interestingly, in 1993, PBS’ Frontline obtained a photo that apparently shows Oswald and Ferrie together, in a large group shot.

David Ferrie also had the notable physical characteristics of wearing a toupee and fake eyebrows because of a skin condition that caused his hair to fall out. (David Ferrie is played by Louis Vanaria, in full fake-eyebrows mode, in The Irishman.)

Also read: 4 Times Robert De Niro and Al Pacino Were Up for the Same Role

If you haven’t seen The Irishman, you may be wondering why JFK has anything to do with a movie about the death of mob boss Jimmy Hoffa. The answer is that Hoffa, in the film and in real life, detested the president’s brother, Robert F. Kennedy, who was JFK’s attorney general, hellbent on busting the mafia and Hoffa. Hoffa knew that if anything were to happen to the president, then Bobby (or “Booby,” as Hoffa called him) would be, to use his words, “just another lawyer.”

Joe Pesci is also linked, unwittingly, with a modern-day conspiracy theory: Last week, Trump lawyer Rudy Giuliani tried to act out a scene from the Pesci film My Cousin Vinny to argue that Democrats stole the 2020 election from President Trump — before hair dye began dripping down his face.

David Ferrie, known to be sensitive about his hair, could probably relate.

The Irishman is now on Netflix.