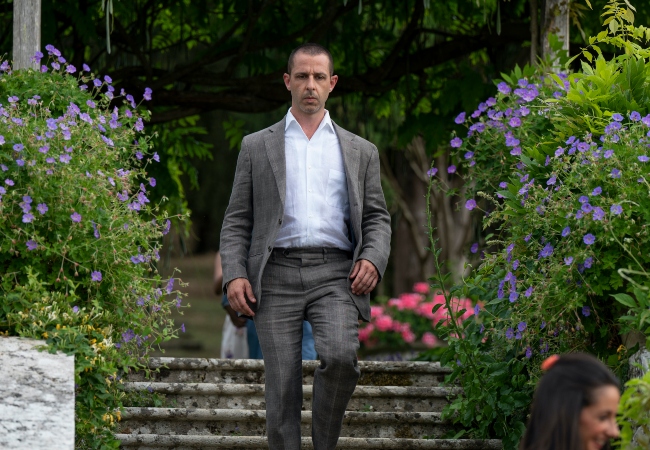 The internet’s reaction to Michael Shulman’s New Yorker profile on Succession star Jeremy Strong is unbelievably entertaining, so we gathered some of the funniest tweets for you; Jussie Smollett has been convicted of lying about being the victim of a hate crime; the 2022 Sundance lineup is here. All in today’s Movie News Rundown.

But First: Have you ever wondered what a suitcase pimp is? Red Rocket director Sean Baker defined the term in an interview our own Tim Molloy did with him, star Simon Rex, and actress Bree Elrod this week on the MovieMaker podcast, which you can listen to on Apple or Spotify or here:

Standout: We also offer you this profile of Elrod, who recounts her experience working with first-time actors in Red Rocket who include a restaurant employee, a refinery worker, and a very cool lady who Sean Baker met outside a portable bathroom. Elrod loved it all.

The Ballad of Jeremy Strong: We wrote about Jeremy Strong’s New Yorker profile in Monday’s Movie News Rundown, but over the course of this week, the internet has developed quite a few opinions about the Succession actor and his proclivity for extreme method acting. Let it be known that we stan Jeremy Strong here at MovieMaker. As for myself, I tend to agree with this sentiment:

Idk why people are that upset about the Jeremy Strong profile lol I love a weird ass actor!!!!!!!!! No more normies!!!!! Show me the FREAKS!!!!!

I Ask You: Who said being a freak is a bad thing?

Jessica Chastain, However: Stans Jeremy Strong so loyally that she leapt to his defense on Tuesday, calling the piece “incredibly one-sided” and full of “snark.” Her tweet honestly seems to have given this whole thing more longevity on Twitter than it probably would have had otherwise, but I’m not complaining. Any reason to talk about my favorite character on Succession is fine by me.

May I Editorialize?: Every wild detail about Strong in that profile — including the fact that he lived rent-free in Michelle Williams’ house for years, that he sometimes struggles to distinguish himself from Kendall Roy, that Brian Cox seems genuinely worried about his mental health, and that at one time he forsook most worldly possessions in favor of a modest closet full of Prada — only makes him more of a legend in my eyes.

Winter Reading: Our friends over at Le Cinéma Club have published their second annual book club with film book recommendations from an impressive bunch of cool kids, including Wes Anderson, Robert Eggers, Dasha Nekrasova, Kim Gordon, Ottessa Moshfegh, and many more. After reading, if you need more books, now is the perfect time to revisit our own list of reading recs which includes a few crossovers from Le Cinéma Club’s list. Which ones? You’ll have to click to see.

Jussie Smollett Convicted: The Empire actor has officially been convicted on five counts of lying to police about being the victim of a homophobic and racist attack. Variety notes that he was acquitted of a sixth charge. I am just now reading that the Smollett news originally broke in 2019, which, if you had told me this happened in 2017 I would have believed you. It feels that long ago. I am currently developing a theory that things that happened in the pre-pandemic Before Times feel exponentially longer ago the farther ashore we get into Our Current Nightmare.

Oppenheimer: The next Christopher Nolan movie has acquired three more actors to its already stacked cast, including Rami Malek, Florence Pugh, and Licorice Pizza actor and Uncut Gems director Benny Safdie, according to Deadline. They join Cillian Murphy — who plays the title character, the scientist who started the Manhattan Project which led to the creation of the atomic bomb —  as well as Matt Damon, Robert Downey Jr., and Emily Blunt.

We’ll Leave You With This: Some of the week’s best tweets about Succession star Jeremy Strong:

Jeremy Strong has become one of our best actors.
The process in which to create art can be extremely delicate. Some times harsh. I believe servicing a story is an actors job. An art, the process to achieve it. Always evolving.
We must respect it. There's no harm in that process.

That person’s next tweet:
I’d let the Hamburger Helper mascot fist me.

jeremy strong’s method acting is so internally focused. he’s not method acting being a dick, he’s isolating himself. nothing in any profile of him talks about him being rude to others, he’s just distant. which is why its so strange to me to see people acting like he’s an asshole.

when jeremy strong says "i don't rehearse, i want to enter every scene like greeting a bear in the woods," that, to me, is funnier than anything any comedian has ever said