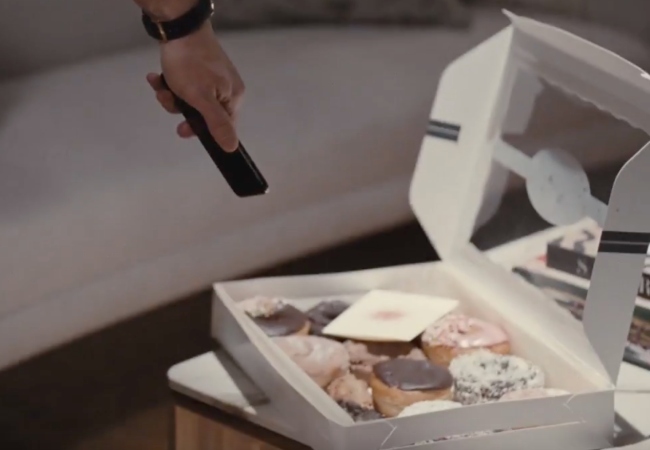 Warning: Spoilers from Season 3, Episode 2 of Succession ahead.

In Season 3, Episode 2 of HBO’s Succession, it is decidedly the latter. We are, of course, talking about the “perfectly innocent and I’m sure safe to eat” donuts that Logan (Brian Cox) sends to Rava’s (Natalie Gold) house where Kendall (Jeremy Strong), Shiv (Sarah Snook), Connor (Alan Ruck), and Roman (Kieran Culkin) are secretly, or not-so secretly, hashing out everyone’s feelings about Kendall’s proposition to form a sibling alliance and seize control of Waystar Royco once and for all. Logan, always a few steps ahead, includes a cheeky note along with the donuts wishing them a “nice tea party.”

But whatever happened to those definitely-not-poison donuts? We asked Mark Mylod, who directed the first two episodes of Season 3, these very important questions. Did they ever get eaten? Were they even real donuts?

“They were real donuts, yeah — we spared no expense,” Mylod jokes to MovieMaker. “The best Trojan horse I’ve seen in television for a while. We did not eat the donuts, partially because I think by the time we finished shooting that episode it was about 3 a.m., and donuts are just not what you want to eat at 3 a.m.”

Fair. Makes sense. But here’s where it gets interesting. Turns out, Jeremy Strong did some improvising in a deleted scene that took place right after all of his siblings refused to join his alliance and promptly stormed out of Rava’s apartment, leaving him all alone with that box of donuts. 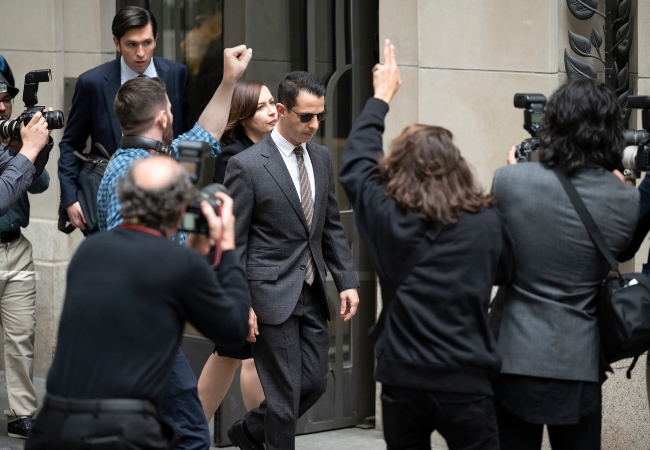 “In one take, Jeremy — again, this is a classic example of just leaving the camera rolling when all the siblings had exited and Jeremy was left alone — Kendall was left alone in the room with these donuts, this proxy Logan in the room. He absolutely trashed the donuts, and it was really tempting to use that take because it was so kind of blistering and absurdist and wonderful,” Mylod says. “We pulled back from that and chose another route in the end… but had you seen those [donuts] smashed around the apartment, you didn’t really want to eat them afterwards.”

Sounds like classic Kendall behavior. For clarity, we asked another very important follow-up question: Did he really… punch the donuts?

“He may well have punched the donuts, yes — more pounded the donuts, if I remember rightly,” Mylod laughs. “It was more of, more of a pounding, if memory serves.”

Mylod explains that the cast of Succession is often encouraged to improvise in additional takes of scenes as a way to get to know their characters better — as well as to master the nuances and specific timing of writer and creator Jesse Armstrong’s exquisite dialogue. Though in the end, Episode 2 ended up including “very little” improvisation, Mylod says, he loves to see the actors make choices in perfect lock-step with their characters.

“It was very late and it was a beautiful, spontaneous, in the moment — it was a classic Jeremy just following his instincts,” he says of the donut-smashing. “Jeremy is totally in the moment, as they all are, and on one of the takes, that’s just what came out, and it was fantastic.”

Oh, what we wouldn’t give to see Kendall Roy take out all of his rage on a box of donuts.

Episodes 1 and 2 of Season 3 of Succession are now streaming on HBO. Main Image: The donuts in question.

Succession: Hotel Clio Doesn’t Exist — But Here’s the Unlikely Location Where It Was Filmed
Princess Diana ‘Would Be Horrified’ at Recent Portrayals, Says Journalist Who Interviewed Her