Josh Wallace (director, co-writer) and Devin Das (co-writer, producer, actor) are the filmmakers behind Keeping Company, a horror-comedy that follows two brash insurance salesmen who find themselves trapped inside a serial killer’s basement. They say the film explores the farce that is the “American Dream” and the capitalist system that breeds it.

Back in 2015, the two of us were working as assistants for a couple of studio-level filmmakers. What does that mean exactly? It means that in return for grabbing coffee and “rolling calls” (classic Hollywood jargon), we had an insider view at how movies are made. When we started writing together, we had just finished working on production of a major studio buddy-comedy that our bosses had collaborated on. It was a surreal experience to work at the highest level of the film industry, especially only after a few years of living in Los Angeles. The two of us felt like we had the whole world ahead of us, so we started writing furiously. We knew nothing would be “easy,” per se, but we’re not going to lie to you, we definitely thought we were going to have it easier. All we had to do was utilize our network of industry contacts to get us staffed on a TV show or even get a movie made within a few years. Easy, right? Of course, it is! We were the perfect example of “young and dumb.”

Cut to a few years later: less young and only slightly less dumb. The two of us were stuck in the anxiety-ridden fever dream that is Hollywood development, in which you write script after script, share scripts with your contacts, hear nothing back, and repeat. It’s the definition of insanity. By now, it was apparent that nothing was going to come easy, and even more apparent that Hollywood is all about the long game. So, with frustration mounting and uncertainty of a career in show business looming, we decided to do the only thing left to do: apply for more credit cards and take full control of our future instead of waiting around, hoping that someone would give us the OK to make a movie.

We had become disillusioned with the idea that the traditional studio and network systems were the only option for getting a script produced. We knew we had to make something of our own that showcased our strengths and abilities as writers and filmmakers. This moment was a true turning point for us, because we decided to stop trying to fit ourselves into the boxes that have been created by and expected by the Hollywood system. This spirit spawned our debut feature film, Keeping Company.

Keeping Company follows a fateful chain of events that begin to unravel after two brash insurance salesmen go knocking on the wrong door and find themselves trapped inside a serial killer’s basement, putting their lives and their jobs on the line. As an exploration of the importance of wealth and class in our society, the film mixes ruthless corporate salesmen with vicious suburban serial killers and asks if you can tell the difference. 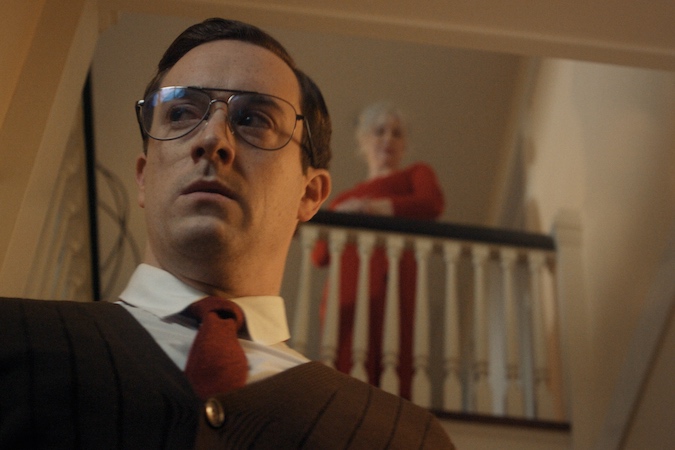 When writing, we started with a simple buddy-comedy premise but quickly found ourselves falling into deeper and darker themes and soon realized that we had a fantastic opportunity to blend genre and tone while taking common tropes and expectations within classic film structure and storytelling and flipping everything on its head. Our intention for the film quickly became less about telling a story of the way things should be in our world, and more about providing a darkly comedic reflection of the worst in society and humanity that we see around us. We had found a way to express the angst and frustration we were feeling with the economic systems and social structures/expectations surrounding us — which we believe to be increasingly relatable. This emboldened our independent spirit to get the film made.

So far, we have been completely blown away by the reception for Keeping Company. We have been honored with official selections at some of the most well-respected genre and horror festivals around the world, such as Fantaspoa in Brazil and the Brussels International Fantastic Film Festival in Belgium. We’ve also crossed over to non-genre festivals such as the Tallgrass Film Festival and Newport Beach Film Festival. While distribution is still up in the air for the film, we believe our festival run speaks for itself and showcases that this film has the power to resonate with a wide audience.

So how did we get this far? Our team of incredible producers, cast members, and crew members. We made a point of only bringing on people who shared our spirit — people who were looking to create bigger and better opportunities for themselves when they couldn’t find them elsewhere. We surrounded ourselves with people who wanted to work with us, and we made sure that they felt and understood that this movie was not solely our movie, but that it was their movie, too. This was crucial in the making of our film, because it created and nurtured a spirit of togetherness on set. Nobody was above anybody. It was all hands-on deck — even if that meant the two of us and our producing team helping the crew lug equipment up and down six flights of stairs because the elevator was broken at one of our filming locations (true story).

Keeping Company provides a brutal, bleak look at society and humanity without much hope in sight. But the point of showing that dark reflection is to remind us how important it is to live collectively, selflessly, and empathetically. So, to anyone reading this who is an aspiring filmmaker, don’t think of making your first film as a mountain to climb by yourself, but rather a mountain to climb, hand-in-hand, with everyone involved. 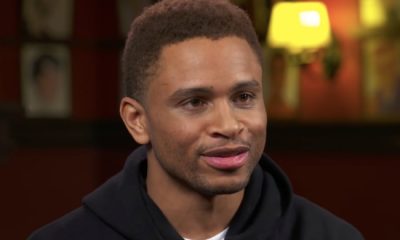