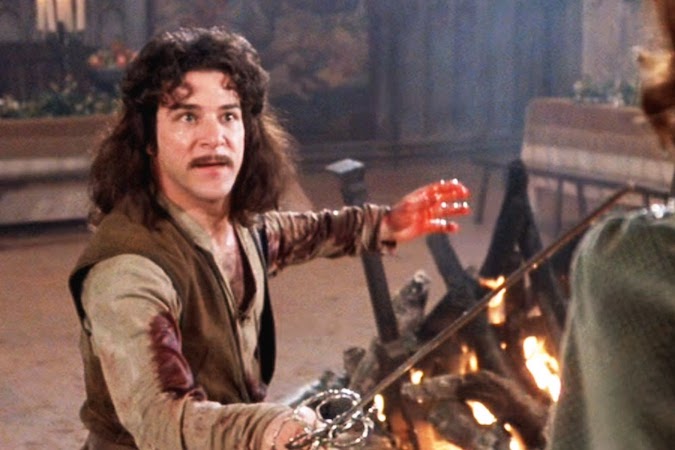 Benedict Cumberbatch enters whistling in Jane Campion’s The Power of the Dog; Kristen Stewart channels Princess Diana’s beauty and misery; an Inigo Montoya story. Plus: News from the Fantasia and Mammoth Lakes film festivals, all in today’s Movie News Rundown.

But First: About all these ads. This is temporary. We’re trying some stuff out in order to make money that will help us write about more movies. Please interact with the ones that seem interesting and ignore the ones that don’t, and soon our system will hit the right balance.

Spencer: Kristen Stewart channels the beauty and misery of Princess Diana in Spencer, the trailer of which just arrived. She speaks just one line, but it’s a big promise to the audience.

The Black Phone: Ethan Hawke says the new film, in which he plays the proud owner of a “murder basement” is his scariest. Variety has details.

Jane Campion Is Back: Netflix just released the poster and trailer for the Oscar winner’s first feature film since 2009 — a Western called The Power of the Dog starring Benedict Cumberbatch as a charismatic but cruel cowboy who bedevils a couple played by Jesse Plemons and Kirstin Dunst, as well as her son, played by Kodi Smit-McPhee. Also starring is Thomas McKenzie, who we interviewed recently about something secret. Stay tuned.

Just Show Me the Trailer: Okay.

That Title Sounds Familiar: The Power of the Dog is also the title of a powerhouse of a 2005 novel by Don Winslow, who also wrote the novel that became the 2012 Oliver Stone film Savages, which Winslow co-wrote.

Did Jane Campion Steal Don Winslow’s Great Title? No! The film is based on another novel called Power of the Dog, published by Thomas Savage (no relation to Savages) in 1967.

Will Winslow’s Power of the Dog be a Movie or TV Show? It should, because fans of Traffic and Breaking Bad would devour it. It explains how the drug trade works better than anything I’ve ever read. (Basically: You aren’t paying for drugs. You’re paying cartels to move drugs across the border.) The Power of The Dog is part of Winslow’s “Cartel Trilogy,” and the first two books were to be turned into a film, Deadline reported in 2016. But by 2019 the plan had become to turn the books into an FX series. It will probably not be called The Power of the Dog, because Netflix got there first.

So Does the Jane Campion Power of the Dog Involve a Drug Cartel? No, but it does have a lot of whistling.

My Name Is Inigo Montoya: Mandy Patinkin responded to a fan’s question about whether he thought about his own father during his “My name is Inigo Montoya” speech in The Princess Bride. Yes, he sure did. Here is the exchange on TikTok:

@alaska_webb thank you for finding us and sharing this! ✨ Sending big love and light to you and yours. More in comments. #grieving #cancer #dads

Mammoth Lakes: The festival just announced it will open September 22 with the West Coast Premiere of Ultrasound, the feature debut from director Rob Schroeder, based on the graphic novel Generous Bosom. It stars Mad Men veteran Vincent Kartheiser. The closing night film on September 26 will be the West Coast premiere of Brandon Kramer’s First Step, which follows Van Jones as he draws criticism for trying to work across party lines on a criminal justice reform bill. “This has been undoubtedly a tough year for everyone,” said festival director Shira Dubrovner. “But we are excited to return to some semblance of normalcy with this year’s in-person festival.” She adds: “While we are taking every precaution to keep it safe, we are delighted to create this unique event and return to the shared cinematic experience.”

Fantasia: The Fantasia International Film Festival announced the awards last night for its utterly delightful 25th anniversary edition. The Cheval Noir jury gave Best Film to South Korea’s Voice of Silence, by director Hong Eui-jeong. (The trailer is below.) The jury declared it “unlike anything we’d seen before.” Taiwan’s The Sadness, directed by Rob Jabbaz, won Best Film in the New Flesh Award category for debuts. (Beyond the Infinite Two Minutes, which I praised here, earned a special jury mention.) Here is the full list of winners.

Voice of Silence: Well yeah. This does look good.