Is This Guy Q?; Allen and Epstein; HFPA's Pledge 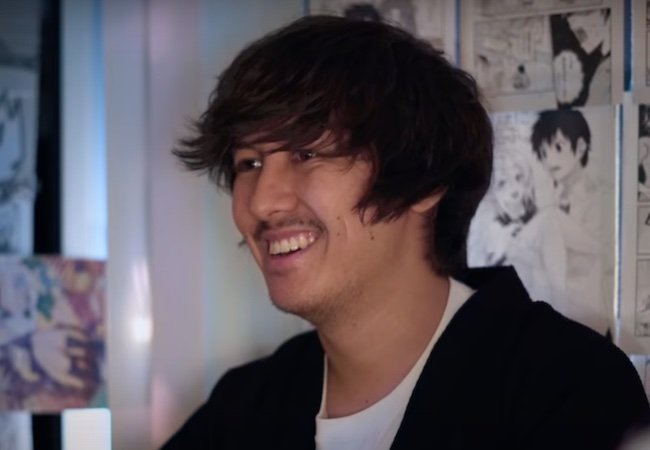 In today’s Movie News Rundown: A new doc attempts to unmask the “Q” behind QAnon; the Cecil Hotel director asks people to knock it off; Woody Allen and Jeffrey Epstein.
But First: Christopher Nolan was one of the first people to line up at a newly reopened Burbank theater, NBC News reports. Let’s look at the Burbank AMC lineup and try to guess what he saw. I think he’d like Promising Young Woman.
You Guys: Joe Berlinger, director of the fascinating Crime Scene: The Vanishing at the Cecil Hotel, would like people to please stop cyberbullying the online sleuths who took part in his documentary series, none of whom were involved in the cyberbullying of good ol’ Morbid.
Are You Going to the Oscars This Year? No, unless you’re a nominee, their guest, or a presenter. The Hollywood Reporter has details.
HFPA: The group behind the Golden Globes pledges to add 13 Black journalists to its ranks, which will bring its total number of Black members to 13, Variety reports.
Q Not Anon?: ” HBO’s QAnon Docuseries Q: Into the Storm Believes It Has Discovered Q’s Identity,” announces a new Daily Beast headline. The site reports that the doc, from director Cullen Hoback, identifies Q as Ron Watkins, keeper of the 8Chan message board. (That’s interesting, but it’s also worth noting that the Reply All podcast got there first.) Ron Watkins and his father, James, have both denied being Q, but the new doc gets Ron Watkins on camera discussing Q’s identity. Here’s the trailer for Q: Into the Storm:

I Know, Right?: Somehow I never imagined Q having such good hair.
It Should Be Noted: That whether or not he is Q, Ron Watkins is not some kind of high-ranking government official with knowledge of a vast conspiracy. He is, in fact, a guy surrounded by anime.
More Beast: As if Woody Allen isn’t getting enough great press lately, The Daily Beast also has this story about his relationship with Jeffrey Epstein. The story notes that Allen didn’t just happen to cross paths with Epstein before he became a convicted sex offender: It says they spent time together in New York years after Epstein pleaded guilty to Florida state charges of soliciting and procuring a minor for prostitution.
Comment of the Day, Part 1: “There are very few stories that reflect my view of this whole sad and sorry situation, but this one does. I believe Woody has been terribly maligned and bullied for years and Mia is given a free pass because she plays the victim so well,” writes Mandy in response to our post, “The Song That Woody Allen Says Proves His Innocence.”
Comment of the Day, Part 2: “So, how about some critical thinking skills? Dory Previn would not have heard Mia singing this song ever. It wasn’t written until after Dory & Andre Previn’s divorce. So Woody’s claim that Dory said ‘Mia would sing it’ and the song gave her the idea for ‘coaching’ her daughter about the attic? Preposterous. Doesn’t even make sense. But that’s what narcissists like Woody Allen do — great stories and gaslight people. He’s disgusting and has shown no remorse. I’m guessing he’s lied so much about this, he almost can say nonsense like this and act like he believes it,” writes Suki in response to our post, “The Song That Woody Allen Says Proves His Innocence.”
Main image, above: Ron Watkins in Cullen Hoback’s HBO doc Q: Into the Storm.

Oscar Surprises; A Woody Allen Invitation; I'm Walkin' Here
Rundown: Where to Watch (and Listen) to the Oscar Nominees