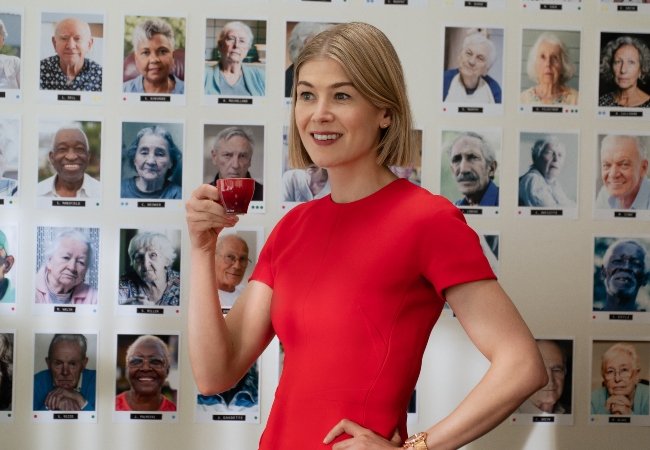 Warning: Spoilers follow for Netflix’s I Care a Lot.

Netflix’s latest thriller movie, I Care a Lot starring Rosamund Pike and Peter Dinklage, debuted on Friday, and if you’re wondering whether the grift of becoming a court-appointed guardian for elderly people in order to steal their money and assets is a thing in real life, you’ve come to the right place.

In the movie, written and directed by J Blakeson, Pike’s character, Marla Grayson, has made a profession out of said racket, acquiring dozens of elderly people as her wards by using their doctor to diagnose them with dementia and declare them unfit to live on their own — she then brings the case to a judge, who appoints her their legal guardian.

Grayson and her business partner/lover Fran (Eiza Gonzales) coordinate this con together, fooling the court into believing that neither the elderly people nor their living relatives are capable of making the best decisions for their well-being. As soon as the elderly people are in Grayson’s care, she shows up at their doors and escorts them — by court order, of course — to an assisted-living facility where their cell phones are immediately seized and they are denied any visitors who might help them escape. Then, Grayson sells off their assets — their home, valuables, you name it — to pay herself. 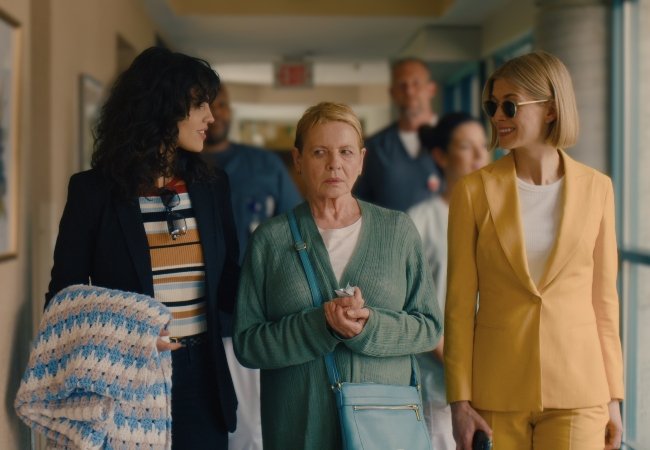 It’s all so evil that by the time Dinklage’s Roman Lunyov character comes along, you just might find yourself rooting for him and his bad-guy-hipster-mobster buddy Alexi (Nicholas Logan) to stop her from preying on his mother (Dianne Wiest) by any means necessary.

So do people like Marla Grayson exist in real life? In short, yes — but it’s complicated.

Professional guardians do exist and can be appointed by the court to care for and make personal decisions for an elderly person who a judge has determined is unable to care for themselves. Although the legal process of appointing these guardians is quite a bit more complicated than what we see in I Care a Lot, cases of elder abuse by legal guardians can occur.

According to FindLaw.com, each state has a legal process in which the elderly people themselves — or their spouses, families, friends, or a government agency — can petition for a guardian to be appointed in order to ensure the elderly people are properly cared for. Before a judge makes any decisions, a petition for guardianship must be filed, of which the elderly person and their family must be informed. Then the court does an investigation to determine whether the guardianship is necessary, followed by a court hearing in which the judge reviews the petition, listens to statements, and decides whether the elderly people are truly incapable of caring for themselves before deciding whether or not to grant the petition. 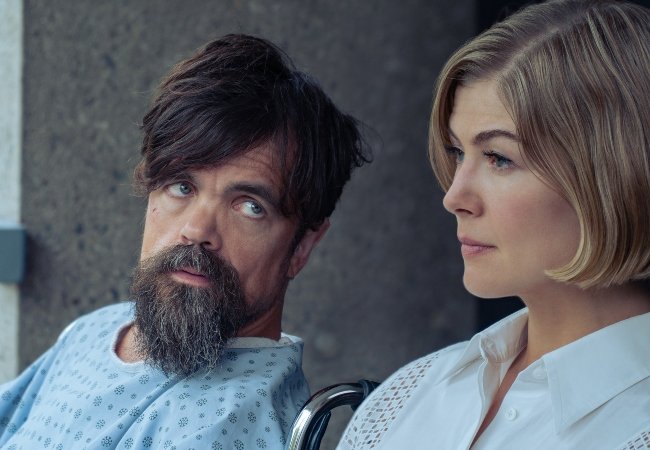 Peter Dinklage and Rosamund Pike in I Care a Lot, courtesy of Netflix

In the state of California, the guardian bears a duty of care to the elderly person, meaning the guardian has to act on behalf of the person’s best interest.

Also read: Night Stalker Richard Ramirez and the Cecil Hotel: Here’s Everything You Need to Know

But despite laws in place to protect the elderly from abuse, one 2011 Houston Chronicle story argued that guardianships in Texas were putting the elderly at risk. An 86-year-old woman named Helen Hale had a story similar to that of Jennifer Peterson (Wiest) in that she was removed from her home under a court-ordered guardianship and placed in an unlicensed group home “run by a caregiver with a criminal history,” according to the Chronicle.

Unlike Wiest’s character in the movie, Hale wasn’t a “cherry” — a word Marla Grayson uses in the movie to refer to a rich, elderly person with no family — in fact, her monthly income as the widow of a longtime Pacific Railroad employee only covered a fraction of the fee owed to her guardian.

But after a visit to Hale’s nursing home, her daughter said that her mother wasn’t receiving proper care. Doctors found that she had a urinary tract infection and dangerously low potassium levels.

In short, I Care a Lot presents a much more dramatic, glammed-up version of a real problem with non-familial, court-appointed guardianships. As the Chronicle notes, probate judges in some Texas counties are sometimes tasked with overseeing thousands of guardianships with only a single investigator to check up on them.

In fact, the problem is so real that there are organizations dedicated to stopping it. The National Association to Stop Guardian Abuse, for example, is an organization whose mission is to “protect the civil/human rights” of elderly adults “described as ‘incompetent’ and made wards of the state in unlawful and abusive guardianships and conservatorships,” “to end financial exploitation of their wards’ assets by court-appointed fiduciaries,” and to support families “battling court-appointed ‘protectors'” who turn a blind eye to physical and mental elder abuse.

According to MyElder, an independent advocacy group for elderly people and their families, the state of New York allows court-appointed guardians to actually prevent family members from visiting their elderly loved ones, just like what happens in I Care a Lot.

So although there isn’t necessarily a real-life equivalent to Marla Grayson running around escorting elderly people into nursing homes and selling their valuables faster than anyone can bat an eyelash, the movie isn’t too far off from the reality of court-appointed guardians who exploit their elderly wards and neglect to provide them with proper care.

I Care a Lot is now streaming on Netflix.

Main Image: Rosamund Pike as Marla Grayson in I Care a Lot, courtesy of Netflix.

Darius Dawson’s ‘A Rodeo Film’ Is a Story of Western Brotherly Love — by Way of Singapore
Netflix’s Amend: Why JFK Hesitated to Help the Civil Rights Movement