Night Stalker Richard Ramirez and the Cecil Hotel: Here’s Everything You Need to Know 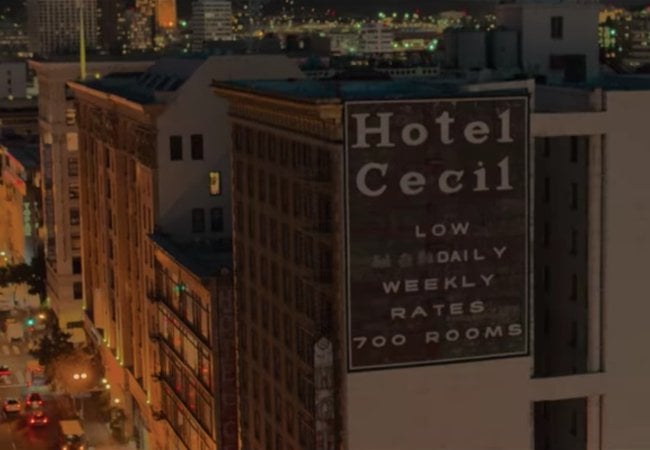 Richard Ramirez, a.k.a. the Night Stalker, had a grim habit of breaking into people’s homes in the middle of the night. But the infamous Los Angeles serial killer was also fond of staying at one of Downtown’s most well-known hotspots for nefarious activities: the Cecil Hotel.

The subject of Netflix’s new true-crime docuseries Crime Scene: The Vanishing at the Cecil Hotel, the Cecil opened its doors in 1927. Although the old hotel’s brick facade may not look like much from the outside, the building’s long and intimate history with some of the city’s most heinous criminals has immortalized its place in American true-crime lore.

From the mysterious death of Elisa Lam to the 1991 murder spree of Austrian serial killer Jack Unterweger, the hotel has come to be known as a magnet for tragic deaths — including some of those inflicted by Ramirez himself.

Though it’s never mentioned in Netflix’s Night Stalker docuseries, which does a four-episode deep dive into Ramirez’s mid-’80s killing spree, he actually stayed the Cecil during the killings, as noted in The Vanishing at the Cecil Hotel.

One former Cecil resident described the hotel at the time as a “lawless” place — one that was so chaotic, serial killers felt comfortable calling it home. 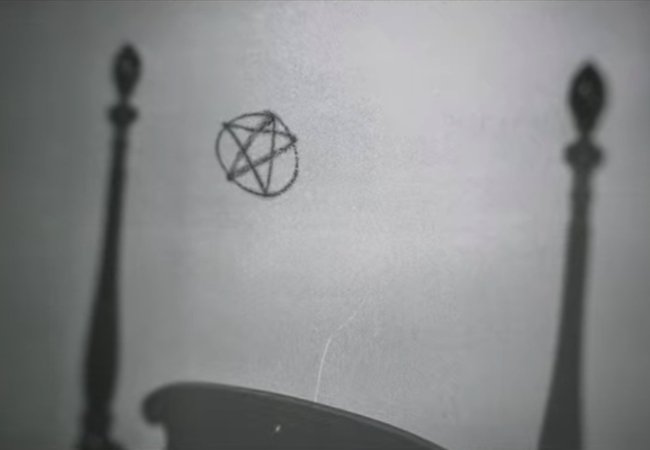 From Episode 2 of Netflix’s Crime Scene: The Vanishing at the Cecil Hotel.

“Back in the ’80s, I would never go no farther than the 6th floor,” the resident, Kenneth Givens, says in Vanishing. “Usually, the higher floors of the Cecil, people used to get killed up in there. Once they got a guy in the room, they would rob him, beat him up, and throw him out the window. So if you didn’t watch yourself, you might come flying out of there with no wings.”

Ramirez’s room was on the 14th floor. But as far as we know, the Night Stalker never brought any of his victims back to the hotel. It was simply a safe place for him to return after committing murders.

“It’s one of these hotels that’s well known for this type of crime. The Cecil Hotel is where serial killers, you know, let their hair down,” says Kim Cooper, an author and Los Angeles true-crime tour guide for Esotouric who is interviewed in Vanishing. “One was a figure who stayed upstairs on the 14th floor, was paying $14 a night for his room. He liked to scare, torture, torment, kill, rape, human beings.” 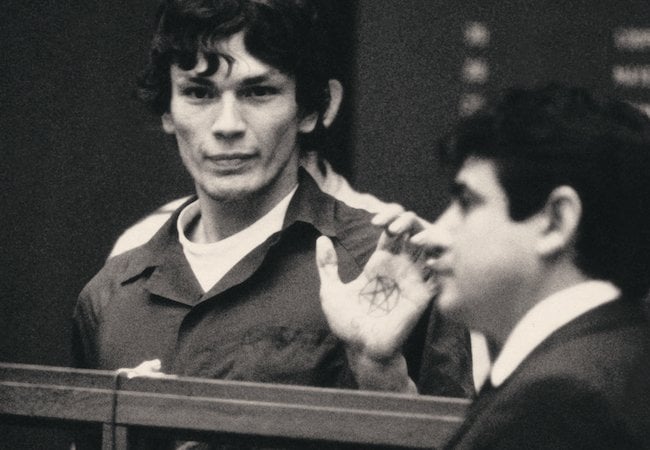 Richard Ramirez, The Night Stalker, in episode 4 Manhunt of Night Stalker: The Hunt for a Serial Killer. Courtesy of Netflix.

“On at least one occasion, he had actually removed someone’s eyes as his human trophies, and then after committing some of the most brutal murders that happened in Southern California ever, he would come back to the Cecil,” she added. “In the middle of the night, he would be in the back alley covered in blood, taking off his clothing.”

Also Read: Who Was Jack Unterweger, the Austrian Serial Killer in Netflix’s Vanishing at the Cecil Hotel?

Fellow L.A. historian and Esotouric guide Richard Schave also described Ramirez’s habit of walking up the stairs to his room “in his bloodstained underwear, barefoot” after discarding his bloody clothing outside.

Cooper added: “And that’s cool, and no one’s got a problem with that because it’s that kind of a heavy place.”

Ramirez was finally caught and apprehended on August 30, 1985, after a group of Los Angeles residents spotted him in the street and prevented him from escaping until police arrived to arrest him.

In 1989, Ramirez was convicted of 13 murders and sentenced to death by the gas chamber — though he would ultimately succumb to cancer in 2013 while still awaiting his fate on death row.

Crime Scene: The Vanishing at the Cecil Hotel, directed by Joe Berlinger, is now streaming on Netflix.