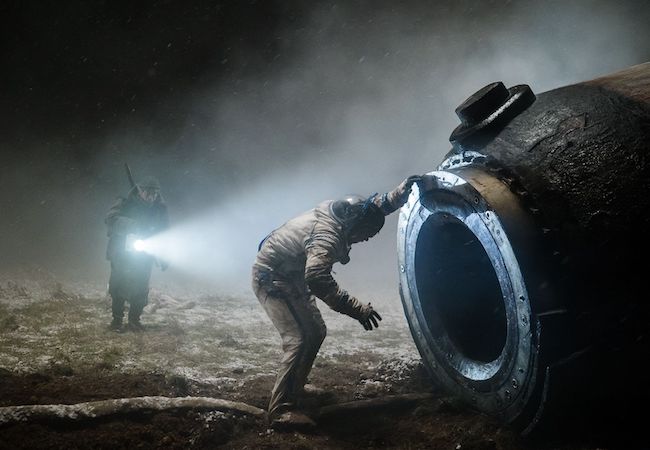 Rather than going big, like the creatures in the Alien and Predator franchises, he and his team thought smaller — and took inspiration from the most earthbound of creatures.

“We knew from the start that we lived in a world where the Xenomorph and Predator already exist. We realized that instead of pointless attempts to beat these iconic creatures we needed to come up with something completely different,” he told MovieMaker.

“We needed to create a creature that could support the story needs and would help to build a plot around the characters’ arcs. Obscurity became a crucial factor for bringing our alien to life — the less the audience knows about him, the more terrifying he looks.”

With that said, skip the following paragraph if you don’t want any hints. Okay? SPUTNIK SPOILERS APPEAR IN THE NEXT PARAGRAPH.

“I recall a meeting where someone suddenly said, ‘Snakes. Everybody’s terrified of snakes. Imagine a snake living inside a human’s body.’ After that, this image became sort of our blueprint for further development.”

The Russian-born Abramenko worked as an award-winning director of music videos and commercials after graduating from The Gerasimov Institute of Cinematography in 2009. His short sci-fi thriller “The Passenger” was a hit at the Fanastic Film Festival in 2017, which helped him get the green light to make Sputnik.

The film takes place in 1983, when the Soviet Union feels especially vulnerable — and desperate for new weapons. The Soviet spacecraft Orbit-4 crashes to Earth with the commander dead and mained, and another cosmonaut, Konstantin Veshnyakov (Pyotr Fyodorovas), unable or unwilling to explain what happened.

Psychologist Tatiana Klimova (Oksana Akinshina) is enlisted to unravel the mystery — and soon discovers she has more than one patient.

“We tweaked and polished the creature quite a bit in post-production. Especially in the final stage when we’d already assembled the cut and recorded a score,” Abramenko said. “For example, at one point we realized that we needed him to look scarier, be more aggressive. We didn’t have much freedom because it would force us to step back and change the animation, but Main Road Post VFX supervisor Andrey Maximov and his team were very inventive and suggested very smart and subtle solutions.”

He continued: “Those were mostly small improvements, and we’ve been following the initial concept all the way through from the very beginning, but those improvements helped a lot to deliver a final look that I’m really proud of.”

Want some more spoilers? Okay. Some early images of the Sputnik concept art follows this post, courtesy of Main Road Post. And here’s some additional, more detailed concept art from the film.

To see the actual Sputnik alien, you’ll want to see the movie.

AGAIN: THERE ARE SPUTNIK SPOILERS IN THE FOLLOWING CONCEPT ART. 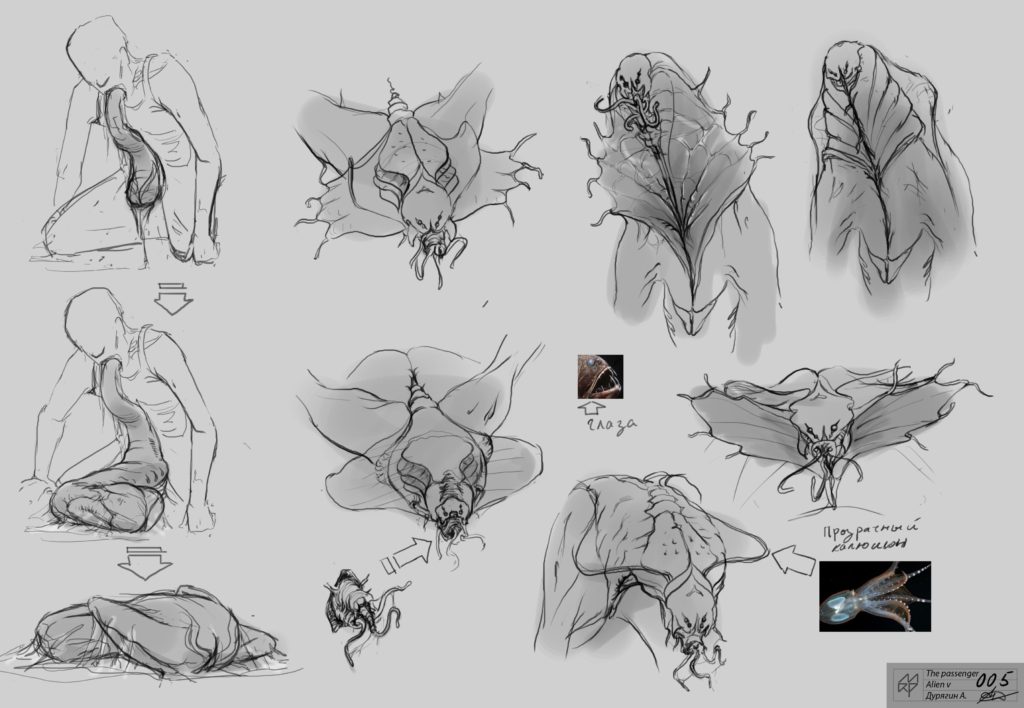 How Before the Fire Used Planes, a Burning House and Humvees to Reverse-Engineer the Timeliest Script of the Year
BlackStar Film Festival Announces 2020 Lineup