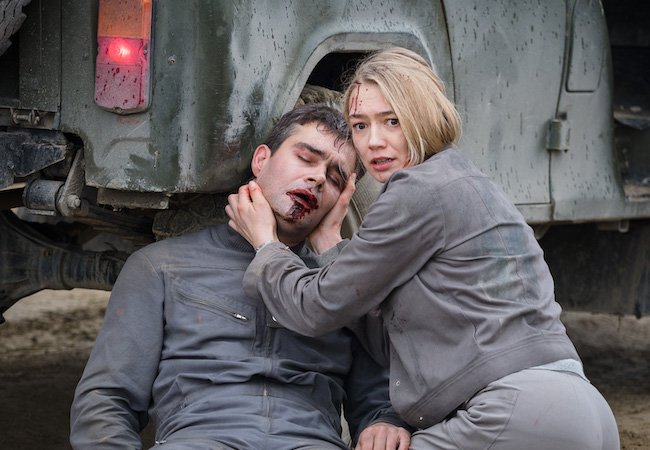 We think the ideal way to see Sputnik is completely cold — knowing nothing except that it’s a sci-fi/horror movie, inspired in part by Alien, and set in the Soviet Union in 1983, when Cold War relations are at their coldest.

But if you’ve already seen the film — or need some persuading that the horror is compelling (it is), we invite you to check out some concept art from the director Egor Abramenko’s film, courtesy of Main Road Post.

Please consider everything that follows a spoiler, and consider this a SPOILER WARNING.

Abramenko told us the full story of how he and his team devised the creature at the center of Sputnik, which involved a fair amount of this: Creatives sitting around a table, trying to gross each other out. They finally arrived at the concept of a snake, living inside of a person, and… [shudder].

But they kept going from there, iterating on the creepiness of the alien, and did a fine job of it. The images below don’t do the final alien justice — sound and liquid go a long way — but they do provide movie lovers and moviemakers with a good behind-the-scenes look at how a concept evolves into the best movie alien we’ve seen in quite some time. 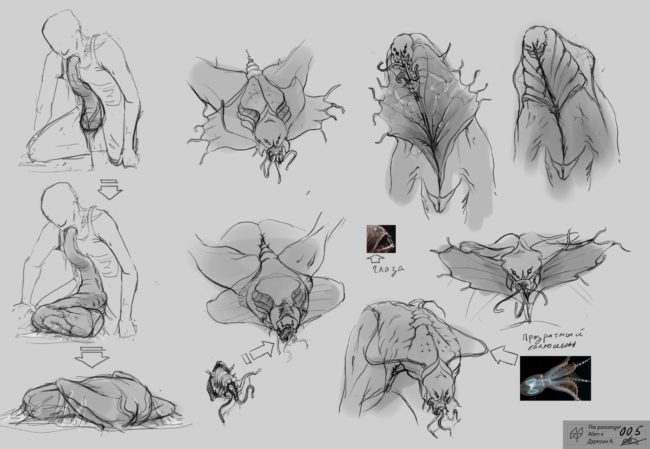 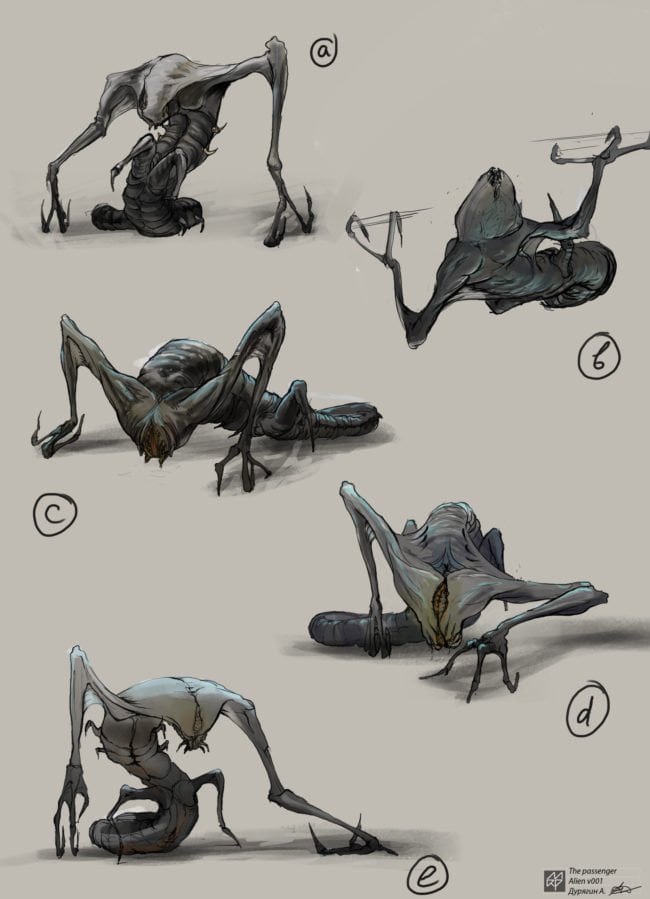 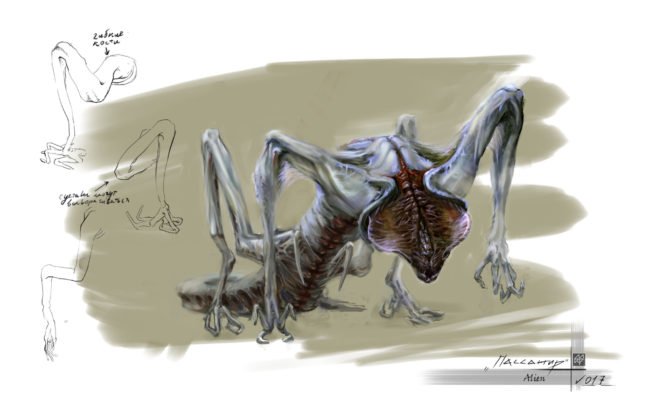 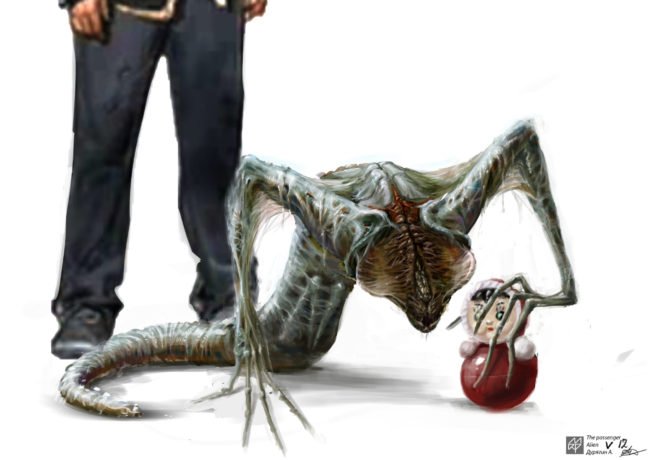 The poster for Sputnik informs us that “The only survivor did not come back alone,” and that’s apparent if you take a close look at the first image above.

The film takes place in 1983, when, after a nice scene in space with some singing, the Soviet spacecraft Orbit-4 crashes to Earth. The commander is dead, his helmet punctured, and another cosmonaut, Konstantin Veshnyakov (Pyotr Fyodorovas), has no answers about what happened.

Psychologist Tatiana Klimova (Oksana Akinshina), under fire for her courageous but unconventional treatment of a vulnerable patient, is enlisted to unravel the mystery — and soon discovers he’s brought our planet a guest who could be a great asset to Mother Russia, if it doesn’t kill everyone there.

The origin of Sputnik is Abramenko short film “The Passenger” which delighted and horrified audiences at Fantastic Fest in 2017. Its success brought a green light for Sputnik, though the creature evolved quite a bit along the way.

Gina Prince-Bythewood to Direct Viola Davis in The Woman King, the Story of a Female African General
Brea Grant on the Urban Legend That Inspired 12-Hour-Shift