How Mike Doyle Brought New Perspective to the Romantic Comedy 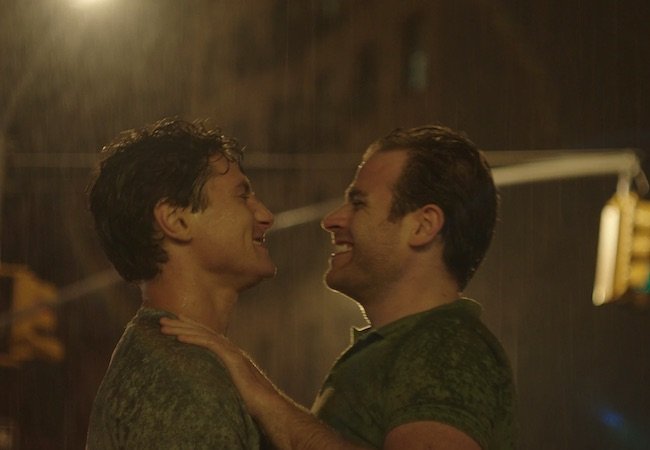 Almost Love — which is focused on two gay men in the doldrums of a long-term relationship — is something of a rarity in Hollywood. But the feature-length directorial debut from actor Mike Doyle is an uncommon LGBTQ film that is neither a coming-out, nor coming-of-age story — and that’s very much by design.

“There have been great films about battling adversity, so I didn’t want to retell those stories. They have been told and told well,” Doyle told MovieMaker. Almost Love is an ensemble romantic comedy, set in New York, about a group of friends spinning their wheels in love, life, and relationships.”

He wanted to breathe fresh air into the genre he once revered. “I wanted to write a story with a smaller footprint, harkening back to some of my cinematic heroes: Whit Stillman, Noah Baumbach.”

The movie is centered around Adam and Marklin (Scott Evans and Augustus Prew, respectively) feeling the pressure of a long-term relationship. They wonder if they are truly ready to spend their lives together.

Though his story addresses a universal question in relationships, he wanted to make sure he cast “out, gay actors in leading roles,” he said. He noted that the lack of LGBTQ representation on screen means gay films are often called upon to represent “the totality of the gay experience.” But he wanted to tell “a small-scale, personal story with wider resonance.”

“Writing and directing a short or a feature is an exercise in crisis management and crisis control,” he said, adding that an indie picture like Almost Love  is always in danger of losing actors, shooting locations, or, worst of all, funding. “All happened to me on the feature,” said Doyle.

On one occasion, Doyle lost one of his locations and was forced to re-write one of the more pivotal moments in the film. The scene in question involved Evans’ character, Adam, performing some cathartic destruction by kicking decorative objects in his childhood vacation cabin. The change of setting demanded a total rewrite.

“I was like alright, alright. Maybe it’s sort of like Charlie Brown when Lucy pulls the football away; so we made that up hours before we shot it,” Doyle said.

When he was at his most stressed, he found an unexpected cheerleader: Martin Scorsese. In a piece he wrote for Talkhouse.com, Doyle described meeting the legendary director at a small dinner party thrown by actress Patricia Clarkson, who appears briefly in the movie.

As Doyle told Scorsese about the production, “he was so excited to get the update,” Doyle said. Talking with a master about the chaotic filmmaking process alleviated some of his stress.

“He’s like, ‘everything’s not a total disaster right?'” Afterwards, Doyle said, he found himself “thanking the universe… for putting him in my path.”

Surely, multiple encounters with Martin Scorsese are a sign that you’ve done something worthwhile.

How Pepe the Frog Became the Unwitting Mascot of Trolls, Racists and Incels (Podcast)
How Caitlin Moran Drew on Her Own Life and Feminist Work for How to Build a Girl