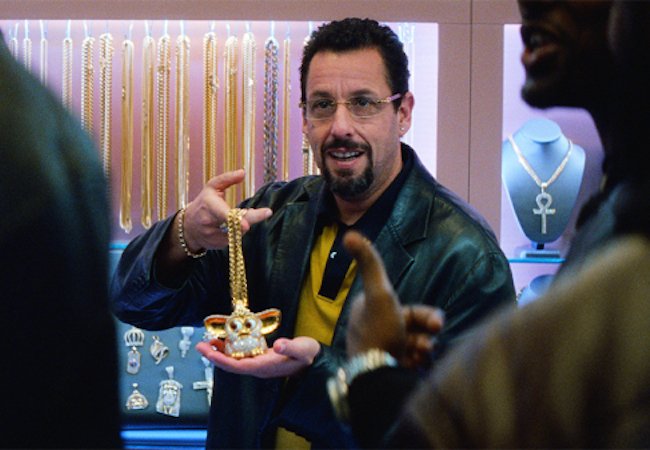 In today’s Movie News Roundup: Netflix has a big impact on the list of highest paid actors, including Adam Sandler; Sumner Redstone, the media mogul who cheated death in 1979, has died at 97; and more than 1,000 free assets, from music to stock footage, to finish your film. Plus: Watch the entries in the latest Easterseals Disability Film Challenge.

First Things First: We love all the replies from festivals named on our list of the 25 Coolest Film Festivals  in the World. Congratulations again!

$87.5 Million for The Rock: Forbes’ new list of the the highest paid actors of 2020 shows the very strong influence of Netflix. “Netflix, which spent more than any individual studio on Hollywood’s leading men, is expected to invest more than $17 billion on content this year,” Forbes notes. Dwayne Johnson leads the list for the second year with $87.5 million, thanks in part to Netflix money for his upcoming Red Notice.  Ryan Reynolds, Mark Wahlberg and Adam Sandler, among others, also fared quite well.

Easter Seals: You’re invited to attend the Easterseals Disability Film Challenge Home Edition 2020 Awards Ceremony, to be held tomorrow at 6:30 p.m. ET. Here are the rules for the annual contest, in which each short film is to include at least one creator with a physical or cognitive disability. You can watch this year’s entries right here:

Sumner Redstone Dies at 97: Variety called him “a towering figure in media who built his father’s drive-in theater business into an empire that included Viacom, Paramount Pictures and CBS Corp., only to see his legacy tarnished in his final years by corporate battles and sordid allegations by former girlfriends.” He died Aug. 11 at his home in Los Angeles. Everything he’s done in the last 41 years was on stolen time: He astonished his doctors by surviving a hotel fire in 1979, holding onto a third-floor windowsill by one burning hand until firefighters saved him. “I have no intention of ever retiring, or of dying,” he told Larry King in 2009.

New Mutants “For Sure Opening August 28th!”: Variety reports that the often-delayed X-Men spinoff is a go for its latest release date, Aug. 28, and that Disney just emailed distributed news that tickets can be sold starting Aug. 18. “It’s for sure opening August 28th!” one exhibitor wrote to Variety.

Scorsese Signs First-Look Deal With Apple: Speaking of streaming’s influence, Deadline says Martin Scorsese is the latest to sign an Apple deal, just one week after Leonardo DiCaprio’s Appian Way signed an Apple deal. Killers of the Flower Moon, the film they plan to release next year, is an Apple production.

Comment of the Day: “When I watched the movie for the first time I was only 23 years old and single,” says Marcelo Lydia, referencing our story A River Runs Through It: 25 Years Later. “I’ve watched it again today, with 49 years old and two kids. It was painful to imagine losing one of them… I guess a major part of me would run through my fingers like river waters do through our lives.” It’s been three years since we published the story, but it remains one of the most-read on MovieMaker.