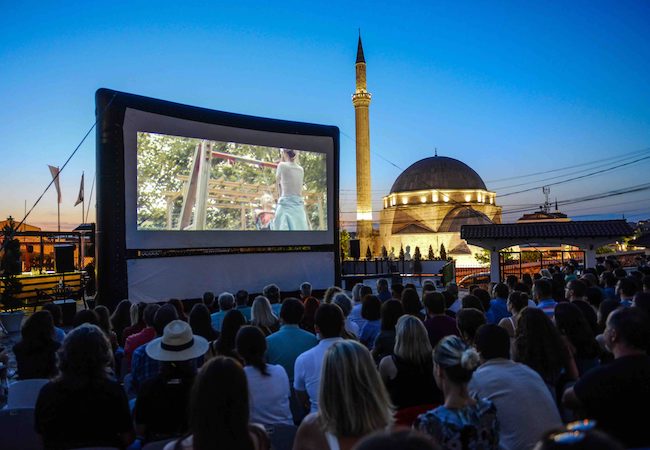 In today’s Movie News Rundown: Here’s our annual list of the 25 coolest film festivals in the world; Lakeith Stanfield is “good” after alarming fans with cryptic messages; and Tron, MacGruber and Three Men and a Baby are all getting updates.

The 25 Coolest Film Festivals in the World: In this very uncool year, here’s something very cool. Many of the festivals on our list have obviously had to cancel, delay or postpone for the greater good, but we wanted to go on with the list anyway because of the hope, fun, love and inspiration they’ve brought into the world in the past — and will bring back again.

Warner Media Layoffs: Variety reports on the hundreds of layoffs that began yesterday. “Approximately 650 people at Warner Bros. are expected to be let go, according to people familiar with the matter, while HBO will cut 150 and 175 staffers,” Variety wrote.

Lakeith Stanfield: The star of the upcoming Judas and the Black Messiah posted cryptic Instagram messages overnight involving alcohol and pills, sparking concern from fans — and Patton Oswalt, with whom he worked on Sorry to Bother You. Stanfield’s account deleted the images and replaced them with a new message: “I’m ok everyone! I appreciate everyone checking on me but I’m good. I’m not harming myself. Much love,” followed by, “I’m ok everyone I apologize for making you worry.” Oswalt, who tweeted at Stanfield’s publicity team in response to the concerning posts, later wrote, “Just got confirmation Lakeith is okay. Sorry if I overreacted. Okay getting off Twitter for awhile. Text or DM someone you haven’t texted or DM’ed in awhile and tell them a cool memory you have about them. Good night.” Messages to Stanfield’s publicists were not immediately returned early Tuesday.

Low Key: The new Low Key podcast covers the Beyonce visual album Black Is King, which my co-host Aaron Lanton calls “a win for Black forms of expressions everywhere.” He also talks about the pressure on Black celebrities like Beyonce and Jay-Z to choose “between staying quiet and continuing success or speaking up and losing their careers.”  The episode is on Apple or Spotify or right here:

On It, MacGruber: A MacGruber series has just gotten the greenlight for eight episodes at the new Peacock network, with Will Forte back as the rugged, flannel-prone hero previously seen on Saturday Night Live and in a standalone film. The Hollywood Reporter has the details.

Zac Ephron and Two Other Men and a Baby: Zac Ephron will star in a remake of Three Men and a Baby for Disney+, The Hollywood Reporter says. We have a new baby, and can I suggest four or five men? Or just as many people as you can get, honestly.

More Tron: Lion director Garth Davis will direct the third Tron film, which will star Jared Leto, Deadline informs us. Leto tweeted: “I am so very excited and proud to confirm that YES – I will be starring in TRON. We will work as hard as we possibly can to create something that I hope you all will love.  We have some very special ideas in store for you all… See you in the grid!” He later added that the “original video game and the film affected me so deeply as a young child.” Me too!