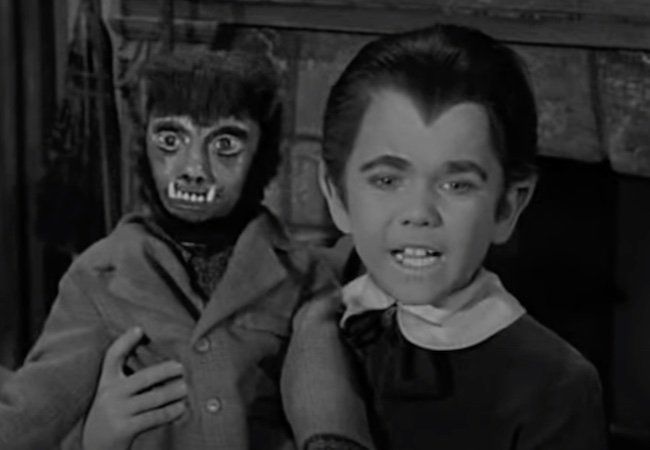 The story of the New York Times reporters who toppled Harvey Weinstein will soon be a movie; Ellie Kemper apologizes for participating in a debutante ball; Rob Zombie will reboot The Munsters. Plus: Congratulations to the New Filmmakers Los Angeles winners. All in today’s Movie News Rundown.

But First: Here’s a first look at the return of Vikings.

She Said: Deadline exclusively reports that Carey Mulligan and Zoe Kazan are in negotiations to star as Megan Twohey and Jodi Kantor, the New York Times reporters who broke the first Harvey Weinstein story that launched a sexual abuse reckoning in Hollywood and worldwide. Here’s their first story. She Said, based on their bestselling book, will be directed by Unorthodox director Maria Schrader and written by Rebecca Lenkiewicz.

Question: Will Harvey Weinstein be a character in the movie? I would assume so, since Weinstein actively tried to prevent Twohey and Kantor from doing their jobs. Who will play him? I may have an idea:

‘Where Does Film End and TV Begin?’ The Hollywood Reporter has an interesting essay on this question, noting that lockdown viewing further thinned and already thin line. As THR notes, Steve McQueen’s excellent Small Axe series — “a masterful five-part opus about London’s West Indian community, with installments ranging from 64 to 128 minutes” — was created for British television, the separate installments could easily be considered films. (I’m going to whisper this next part, okay? I enjoyed Lovers Rock, one of the Small Axe installments, more than the last four Oscar winners for Best Picture.) Rebecca Lenkiewicz, who as noted above is writing She Said, also led the Small Axe writers room.

Congratulations! Our friends at NewFilmmakers Los Angeles are handing out their ninth annual awards, and Cate Jones won for feature film She’s the Eldest and David Romberg won for documentary feature film for The Man of the Monkey. Variety has the full list of winners. Also, Anthony Rhulen grants will go to filmmakers Alberto Belli, who will receive $5000, and Jon Ayon, Carly Usdin, Rami Rodeih and Renuka Jeyapalan, each of whom will receive $2,500. Rhulen, the founder and CEO of FilmEngine Entertainment, died earlier this year at age 51.

Rob Zombie’s The Munsters: “Attention Boils and Ghouls!,” Zombie wrote on Instagram. “The rumors are true! My next film project will be the one I’ve been chasing for 20 years! THE MUNSTERS! Stay tuned for exciting details as things progress!” The Hollywood Reporter speculates that because the film is from Universal Studios’ 1440 Productions division, “it’s likely going to Peacock instead of getting a theatrical release.”

Ellie Kemper: The Bridesmaids star issued a very detailed and (I think) good apology for taking part more than 20 years in a St. Louis debutante ball with what she now calls an “unquestionably racist, sexist and elitist past.” She was 19. “I was not aware of this history at the time, but ignorance is no excuse. I was old enough to have educated myself before getting involved,” she wrote on Instagram.

May I Editorialize? Many of us been participating in an event with an unquestionably racist, sexist and elitist past for about 235 years. I hope we can use situations like Kemper’s to learn and improve and work toward real justice, and not to flatten everything into holier-than-thou attacks. All of us are flawed and have lots of room to improve.

Juneteenth in Montclair: If you find yourself in Montclair, N.J. on June 12 and 19, Montclair Film notes that the Montclair African-American Heritage Foundation is holding two free outdoor movie screenings — one of Uptown Saturday Night and one of the sequel Let’s Do it Again — featuring Montclair resident Richard Wesley,  screenwriter of both films. More details are here.

Wait, The Munsters? Our younger readers are forgiven for not remembering The Munsters, a slow-paced comedy mid-1960s comedy about a family of monster and monster-adjacent folks living together in suburbia. In the scene below, Grandpa Munster creates what today’s audiences might recognize as a “problematic” concoction: