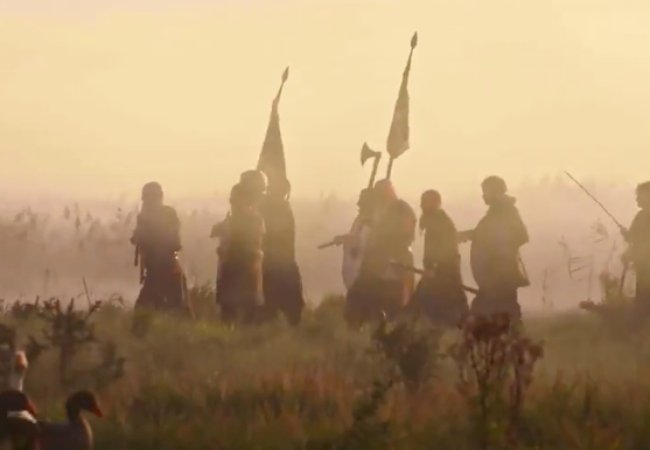 Netflix released the first look at the follow-up to Michael Hirst’s beloved Vikings series on Monday with a teaser full of epic battle scenes and behind-the-scenes footage. Vikings: Valhalla picks up 100 years after the events of the original History series, which ran from 2013 to 2020.

The teaser offers the first glimpse of the new series, featuring behind-the-scenes shots of the making of the series from Viking makeup application to how a Viking ship is filmed in action.

According to Netflix, Vikings: Valhalla “begins in the early 11th century and chronicles the legendary adventures of some of the most famous Vikings who ever lived – Leif Eriksson, Freydis Eriksdotter, Harald Hardrada and the Norman King William the Conqueror. These men and women will blaze a path as they fight for survival in the ever changing and evolving world.”

Though no release date for the series has been set yet, it was first announced in November 2020 with Jeb Stuart (The Fugitive, Die Hard, The Liberator) set to serve as showrunner and executive producer opposite Hirst and Morgan O’Sullivan (Vikings, Penny Dreadful). MGM Telvision serves as the studio.

“I am beyond excited that we are announcing the continuation of our Vikings saga. I know that the millions of our fans across the globe will be thrilled by the belief being shown in our show by MGM and Netflix. Jeb Stuart, a truly wonderful writer, will bring new story-lines and a powerful visceral vision to stories about some of the most famous Vikings known to history,” Hirst said at the time. “And, on a personal note, I am so happy that we are returning to Ireland and Ashford Studio in glorious County Wicklow, which has been our home for the last eight years. Our Irish crew, in my opinion, is the best and most professional crew in the world.”

“Vikings: Valhalla promises to be everything that fans love about the franchise: heart-pounding, unstoppable action rooted in rich characters and dramatic storytelling that shines the light on family, loyalty and power,” Channing Dungey, former Netflix VP or Original Series, said in November. “We are thrilled to bring the next iteration of the Vikings saga to life with Michael Hirst, Jeb Stuart, Morgan O’Sullivan and MGM Television.”

You can watch the teaser below.

You’ve been waiting patiently and the wait is over!

Get your first look at Vikings: Valhalla courtesy of @NetflixGeeked pic.twitter.com/9XW19sTH2b

Main Image: A still from the Vikings: Valhalla first-look teaser, courtesy of Netflix.