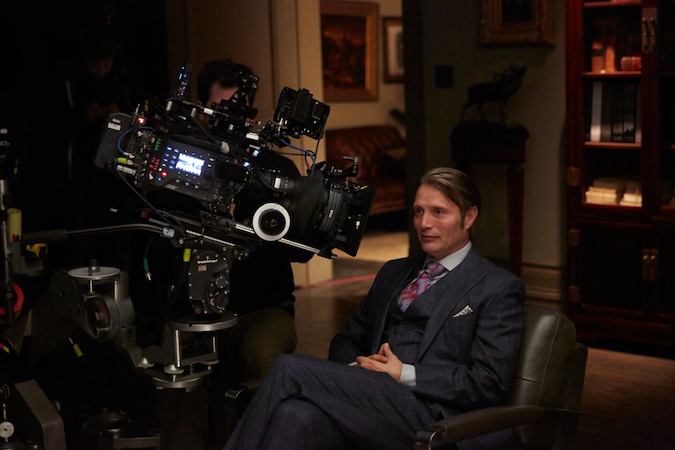 Keen-eyed Hannibal fans have noticed that the series, starring Mads Mikkelson as serial killer Hannibal Lecter, looks much brighter on Netflix than it did on Amazon Prime, or network television. It’s not just the fava beans and Chianti talking.

Hannibal depicts the complex, and upsetting relationship between Lecter, a psychiatrist, and FBI investigator Will Graham, his patient, friend and foil. Taking place before The Silence of the Lambs in the chronology of Lecter’s story, the show is filmed in a gothic, macabre style.

An unfortunate side-effect of the show’s aesthetic choice was its lack of on-screen clarity. Simply put, the show was often too dark to see everything happening on screen. Fans have expressed their displeasure with the brightness levels on social media since the show first started airing on NBC back in 2013. The series, executive produced by Bryan Fuller, aired for three seasons.

A Reddit user called “Opandemonium” described a struggle watching: “I’ve adjusted my brightness to max,” the user said. “Has anyone found a solution to this? I love the show, but I literally can’t see it.”

User “gunsndabs” replied, “You can’t have any glare on your TV, otherwise all the subtle varieties of black they use will just blend together.”

The difference in brightness on Netflix is slight, but noticeable enough that the change has been received with positive feedback. In the years since its cancellation in 2015, Hannibal has become a cult-hit. Fans can be fiercely protective of their shows, but no one seems mad at the lighter look of Hannibal.

Netflix didn’t respond to a request for comment on why Hannibal looks brighter — dare we say better?

But Sean Armstrong, who worked on the set of Hannibal as a boom operator, told MovieMaker that the version of the show now streaming on Netflix is true to the original vision for the show. Armstrong says the Netflix version looks like the early cuts he was able to see while working on Hannibal before the series aired. He noted that other shows, like Game of Thrones, have also had issues with darkness.

“The issue I believe [and this will vary depending on the viewers cable/satellite provider] is the compression algorithms used to broadcast the content,” said Armstrong. “While Hannibal didn’t suffer from this as much as, say, the night battle episode of Season 8 of GOT, some of the nuances can be lost and artifacts can show up. Netflix by comparison uses a different delivery technology.”

All three seasons of Hannibal are now available to stream on Netflix.