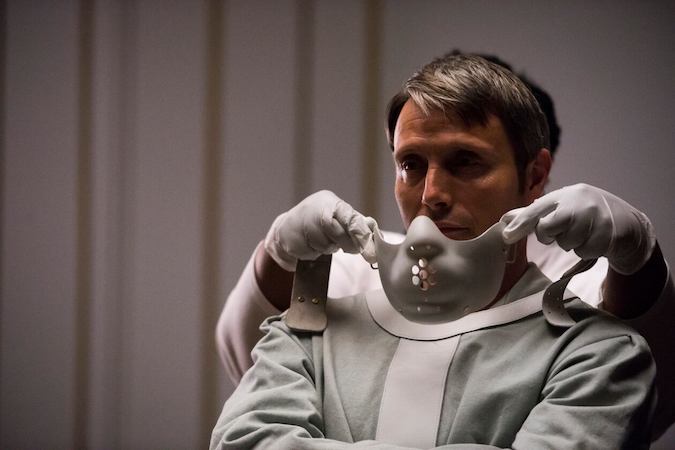 Since Hannibal‘s cancellation in 2015, followers of the NBC original series have hungered for another season. With the entire series now available on Netflix, and a recent hint dropped by star Mads Mikkelsen, they have more reason than ever to salivate.

Hannibal, which aired on NBC from 2013 to 2015, examined the complicated relationship between FBI profiler/special investigator Will Graham (Hugh Dancy) and serial killer Hannibal Lecter (Mikkelsen). The show imagines Hannibal in the years before his onscreen portrayals by Brian Cox (in Manhunter) and Anthony Hopkins in The Silence of the Lambs. Hopkins, of course, won an Oscar for the role, which he reprised twice.

The show Hannibal was lauded for its provocative and disturbing imagery, as well as the compelling lead performances. Showrunner Bryan Fuller had a striking, uncompromising vision for the show, which was cancelled after three seasons.

Enter Netflix — and Mikkelsen. When the series came to the streaming service this month, Mikkelsen tweeted, “‘Hannibal’ hits Netflix in June: Is Hannibal season 4 on the way?”

? Hannibal hits Netflix in June: Is Hannibal season 4 on the way?https://t.co/lPgXX6v8Wg#netflix#hannibal#theofficialmads pic.twitter.com/yEUf1ShsNu

In 2017, Fuller told Entertainment Weekly that he had pitched an idea for a new season to Dancy and Mikkelsen. “There’s some hurdles to get through… [but] I just had a great idea for season 4,” he said. “I’ve shared it with the gentleman and they’re both keen on it.”

Fuller also made it very clear that he would gladly take Hannibal to another distributor, naming Netflix in particular. “NBC canceled the show on NBC. But that does not preclude us from being able to take the show elsewhere,” he explained. “Netflix has been incredibly complimentary to the show.”

Before your pulse rises above 85, bear this in mind: Gaumont Film Company — which produced Hannibal for NBC — declined to comment on the potential for the show’s revival.

All three seasons of Hannibal are available now to stream on Netflix.