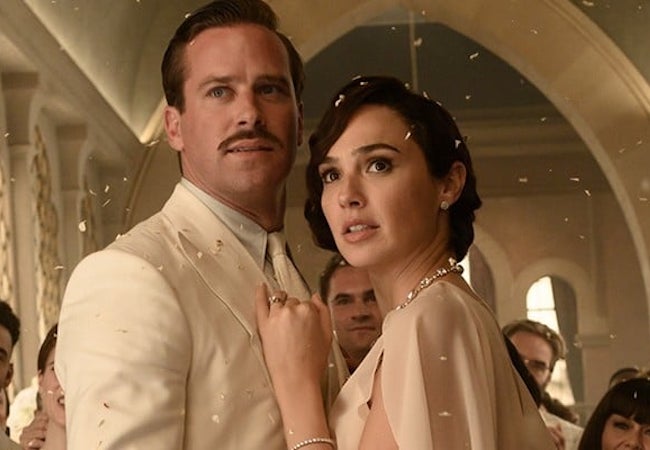 But First: You can listen to Godzilla vs. Kong director Adam Wingard answer my thoughtful question, “Why is Godzilla such a dick?,” on the latest MovieMaker podcast, available on Apple or Spotify or here:

Also: Wingard is directing not only the new Face/Off (as we discuss at length at the end of the podcast above) but also a revival of Thundercats. It will hopefully have better CGI than the regular Cats. Here is more from Variety.

The Last Cruise: The new doc from Hannah Olson looks at the divided response to COVID-19 on the luxury cruise liner The Diamond Princess early in the pandemic: The wealthy were ushered to safety while the workers became human shields. That dynamic played out again and again in the months that followed.

Georgia Boycott?: James Mangold and Mark Hamill are among those who say they won’t shoot in Georgia because of its new “voting law,” which is more of an anti-voting law, but I digress. Hollywood is once again forced to consider whether a Georgia boycott will hurt the people it’s supposed to help.  “Please stop the #BoycottGeorgia talk,” Martin Luther King Jr.’s daughter Bernice King wrote on Twitter. “That would hurt middle class workers and people grappling with poverty. And it would increase the harm of both racism and classism.” Also: the awful people who don’t think voters should be allowed to receive water while waiting hours in line tend not to care what Hollywood thinks. The Hollywood Reporter delves into the debate.

This Is Good Casting: Amanda Seyfried, great in Mank, will replace Kate McKinnon in the Hulu series The Dropout about Elizabeth Holmes, the fake-it-’til-you-make-it founder of the blood-testing startup Theranos. Variety has more.

Meanwhile: Armie Hammer has been dropped from Amma Asante’s Cold War thriller The Billion Dollar Spy and Variety‘s current top story asks, “Could Armie Hammer Sink Death on the Nile?” The story says of the upcoming Kenneth Branagh film: “One source familiar with an early cut of Death on the Nile said Hammer’s role is significant to the point of being the film’s male lead. The studio is not currently considering a reshoot or recasting his role, another insider with knowledge of the project said.”

Overboard: Look, we entertainment media types live and die for nautical metaphors — Titanic was our high-water mark (haha) but even I can’t get on board (hahaha) the metaphor in this second Variety headline about Armie Hammer, because the Nile is not known for, well…

‘Get Everybody Outta Here’: Enjoy this brand-new trailer for Spiral: From The Book of Saw, a movie I am very excited about.

Main image, above: Armie Hammer with Gal Godot, who had no idea about all those accusations against him at the time this shot was taken, in Death on the Nile.