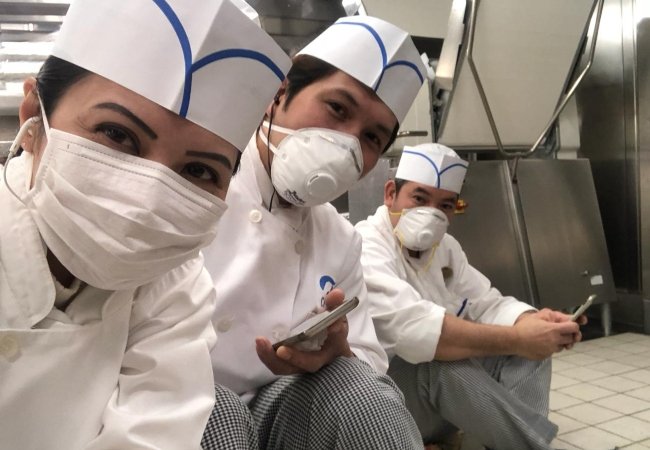 Hannah Olson started making HBO upcoming documentary, The Last Cruise, just as the U.S. entered its first COVID-19 lockdown in March 2020. Throughout the year that’s followed, she’s watched as the events that took place aboard the Diamond Princess — the Japanese cruise liner that harbored the first major outbreak of the disease outside of Wuhan, China — have played out in a startlingly similar pattern across the globe.

“At the point that the ship set sail on January 20, there were only four confirmed cases of Covid outside of China,” Olson told MovieMaker of the documentary short, out Tuesday on HBO.

“As I was watching the virus spread, it was clear to me that this was an origin story. Scientists studied the ship because it was a closed system — like, it was a world contained on a single vessel where everything could be studied. And as a filmmaker, I think I was attracted to the story for the same reason.”

But as the U.S. and other countries’ governments began evacuating their citizens from the ship, Olson watched in horror from afar as many crew members got left behind, forced to continue working in service of the wealthier people on board the ship.

“We were all watching. It was like, ‘Ship quarantined in Japanese harbor, 700 cases of Covid onboard.’ And at the same time that I was reading these headlines, I was seeing on the social media accounts of varying crew members that they were still working, sleeping in shared quarters, dining in the same mess hall,” she said. “I wondered, do they not count as human beings? And do they not get to be quarantined? And so it began to raise questions for me about who gets to take cover, who gets to quarantine, and who has to be a human shield.” 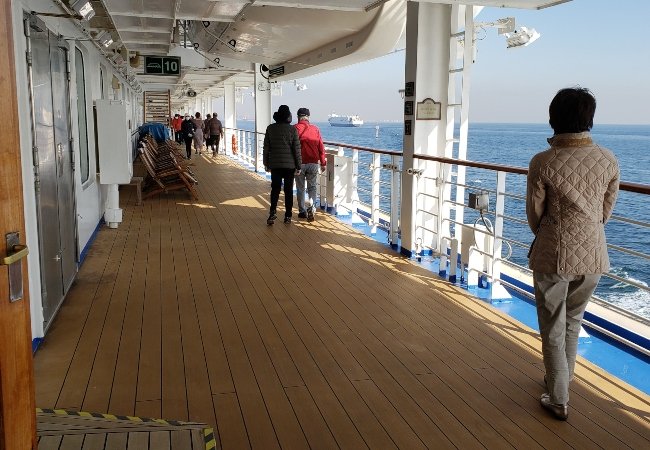 The deck of the Diamond Princess pictured in The Last Cruise, courtesy of HBO

It was a disturbing class study that Olson later saw happening in New York.

“It was something I was watching play out in my own life as well. The rich headed to their bunkers and essential workers were born, and the poor remained working,” she said.

“The boat’s like this microcosm of our globalized economy with a very clearly delineated caste system,” Olson said. “Even within the crew members, there’s the American entertainers and the Indian security guards, the Filipino pastry chefs, the Indonesian dishwashers. And so here was a way, very early on, to see how the virus would reach across class — and examine the complicity of white passengers in this case and what their relative comfort costs those below deck.”

The Last Cruise premieres Tuesday on HBO. Main Image: Employees on the Diamond Princess pictured in The Last Cruise, courtesy of HBO.