Seaspiracy Shines Spotlight on Slave Labor in the Fishing Industry 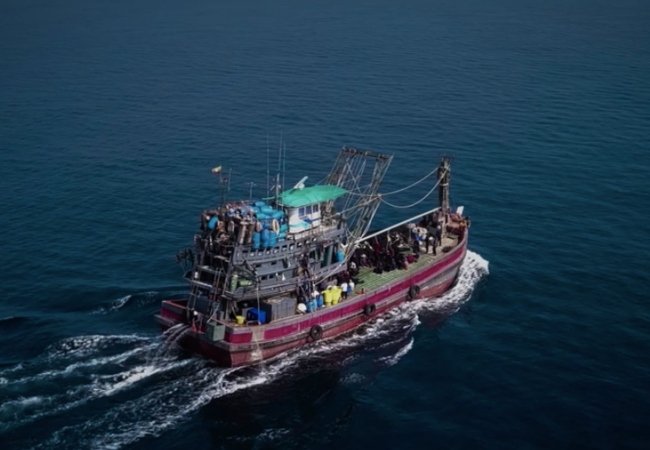 Netflix’s new documentary Seaspiracy contains far too much horrifying information about what humans are doing to destroy marine life — and in turn, ourselves — to break down in one article. But one of the most appalling things the documentary describes is the continued use of slave labor in the commercial fishing industry.
“Slavery at sea is a massive problem,” Steve Trent of the Environmental Justice Foundation says in Seaspiracy. “I think it’s very hard to give precise figures, precisely because it operates under the radar. Those people who are driving these abuses for obvious reasons don’t want to get found out. In that regard, I would point to Thailand.”
The documentary is far from the first examination of slave labor in commercial fishing: The Associated Press won the Pulitzer Prize for Public Service in 2016 for an investigation in which AP journalists discovered men trapped in cages and followed refrigerated trucks to expose abuses in Southeast Asia.
The AP said its investigation “led to the release of more than 2,000 slaves and traced the seafood they caught to supermarkets and pet food providers across the U.S.”
In 2016, President Obama enforced a ban on U.S. imports of slave-produced goods.
But according to Seaspiracy, the problem of forced labor on fishing boats persists in foreign waters. Trenet explains that there are approximately 51,000 boats fishing in Thai waters under the country’s flag and that efforts to fish more cheaply have contributed to the use of forced labor.
The film’s director, Ali Tabrizi, went undercover to an international seafood expo as a fake seafood businessman in order to question a Thai seafood representative. The representative, whose face was blurred out in the documentary, denied that any slavery was going on in the Thai seafood industry.
Also Read: The 17-Year Secret to Indie Success, From Coatwolf’s Evan Glodell
Next, Tabrizi flew to Bangkok to visit a halfway home where he interviewed men who said they had escaped slavery on fishing boats. Their identities were concealed for their protection.
“I was at sea for 10 years, two months and two days,” one of the men says in the documentary. “I was scared, let me be straight with you. Nobody could get off the ship. There were guards that kept eyes on us.”
Another man said he’d been enslaved for six years, and that he had tried to take his own life three times over the course of the ordeal. 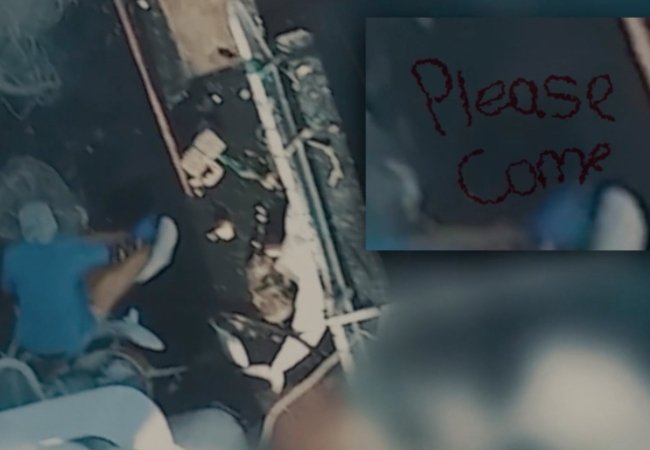 Aerial footage of a fisherman in Southeast Asia writing a secret message to a drone flying above, pictured in Netflix’s Seaspiracy

As a June 2019 National Geographic article also explains, many of the enslaved workers — the vast majority of whom are men — initially join fishing crews willingly in search of work. But once they are onboard the ships, their wages are withheld, they suffer unspeakable abuse, and they are forced to remain at sea against their will.
“As global fish stocks are declining, these commercial fishers are having to travel farther,” Oceana analyst and illegal fishing expert Lacey Malarky told NatGeo. “It’s resulting in operators resorting to IUU (illegal, unreported, and unregulated) fishing and human rights abuses to protect costs.”
One of the men Tabrizi interviewed said that he went out drinking with his captain onshore before boarding his vessel, believing the captain to be a new friend. All of that changed once they were out at sea.
“He splashed us with boiling water when we were sick and tired, hit us whenever he wasn’t happy by using an iron bar, and threatened us with a gun,” the man says in the doc.
He also contends that some enslaved workers are murdered at sea.
Also Read: Violation Examines Sexual Abuse By ‘Someone You Trusted’
“On the ship I was on, sometimes they kept dead human bodies in the freezer after killing them,” he says.
The other man contends that enslaved workers were often “dropped into the sea and drowned,” adding that he had seen “dead bodies floating on the water surface days later.”
Captains were able to get away with this, one man explains, by claiming the crewmembers had accidentally fallen overboard.
“People don’t see how we catch seafood, they only care for consumption,” the man says. “A lot of the seafood we’re consuming today is from slavery, from forced labor.”
But there are people working to catch vessels fishing illegally and using slave labor.
Malarky told NatGeo about her work with Val Farabee, director of research at an organization that fights human trafficking called Liberty Shared, to show how satellites can catch illegal vessels by identifying suspicious behaviors like staying out at sea for abnormal periods of time and turning off satellite transmitters while fishing in protected waters.
Malarky was able to monitor suspicious vessels using the online database Global Fishing Watch. In 2018, Human Rights Watch published a report on how the Thai government has failed to identify and stop slave labor aboard its fishing boats.
Seaspiracy is now streaming on Netflix. Main Image: A fishing vessel pictured in Seaspiracy.
Continue Reading
Advertisement
Related Topics:commercial fishing, fishing, forced labor, Netflix, Seaspiracy, slavery, thailand