First Draft: Is it Surprise, or is it Suspense? 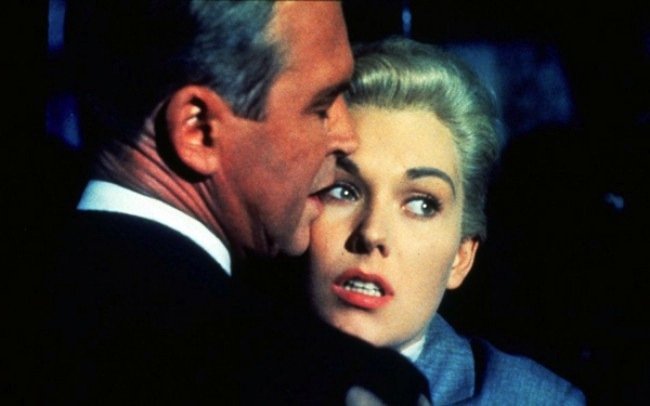 I had an interesting experience while binge-watching the first two seasons of the beautifully acted and tonally flawless British television series Broadchurch. In an attempt to keep this article spoiler-free, I will simply say that the program, which concerns itself with the murder of a child in a small town, is exceedingly good at keeping the audience guessing. In Season One, we feel that anybody and everybody could be a suspect, and in Season Two, we are still not quite sure where we stand.

To that end, the series was consistently compelling—that  is, until each season’s finale episode. Once the eight episodes were over, that cathartic feeling of overwhelming awesomeness that we get at the culmination of our favorite shows was missing.

This is not because it was bad. Broadchurch is too good for that. The reason my emotions fizzled instead of soared was because I was waiting, for seven hours at a time, for the writers to tell me in episode eight what had actually occurred—to solve the mystery. The problem is, there is really only one reaction we can have to a mystery, which is basically: “Ohhhhhhh, so that’s what happened.”

This can be a perfectly satisfying reaction to a traditional, Sherlock Holmes-style detective story, but it doesn’t feel quite in sync with what is going on in our guts when we get deeply emotionally invested in the behaviors and fates of characters, especially over time.

So here is a hypothetical question: What if the writers of Broadchurch told us fairly quickly into the story exactly who the killer was? In other words, what if we knew it, but nobody else in the story did? The phenomenon that arises in a story in which the audience knows something the characters don’t is that they can barely stand the anxiety of waiting for the people in the story to catch up to the knowledge they have. The suspense is almost unbearable, even if your story is not a mystery or thriller, whereas in the previous scenario, where we are deprived of the facts until the very end, what results is merely surprise.

Alfred Hitchcock knew this well, which is why, in almost all of his features, he preferred to clue us into what the characters don’t know. North by Northwest (Roger Thornhill doesn’t know why he’s being hunted, but we do) and Vertigo (Scotty doesn’t know the woman he becomes obsessed with is the same woman he thinks is dead, but we do) contain two such giveaways of the mysteries concerning the anguish their protagonists are going through.

There is a distinct difference between “suspense” and “surprise,” and yet many pictures continually confuse the two. I’ll explain what I mean.

We are now having a very innocent little chat. Let’s suppose that there is a bomb underneath this table between us. Nothing happens, and then all of a sudden, “Boom!” There is an explosion. The public is surprised, but prior to this surprise, it has seen an absolutely ordinary scene, of no special consequence. Now, let us take a suspense situation. The bomb is underneath the table and the public knows it, probably because they have seen the anarchist place it there. The public is aware the bomb is going to explode at one o’clock and there is a clock in the decor. The public can see that it is a quarter to one. In these conditions, the same innocuous conversation becomes fascinating because the public is participating in the scene. The audience is longing to warn the characters on the screen: “You shouldn’t be talking about such trivial matters. There is a bomb beneath you and it is about to explode!”

In the first case we have given the public 15 seconds of surprise at the moment of the explosion. In the second we have provided them with fifteen minutes of suspense. The conclusion is that whenever possible the public must be informed. Except when the surprise is a twist, that is, when the unexpected ending is, in itself, the highlight of the story.

And here is Hitch himself, elaborating further on the emotional vs. the intellectual process of engagement with a story:

As a teacher of screenwriting, the issue comes up constantly. Writers become invested in the surprise, in keeping their readers waiting for a big revelation, without considering how invested readers might be in a screenplay that gives them information to work with instead of information to wait for.

There is probably an elephant in the room here, and its name is The Sixth Sense. This ingeniously crafted work by M. Night Shyamalan seems to fly in the face of our discussion, doesn’t it? If realizing Bruce Willis was dead the whole time doesn’t pack a wallop, what does?

Here is the answer:

The Sixth Sense is not about the fact that its protagonist has been dead during our experience of the story. It is about a connection between a man and a very troubled boy. We are not waiting to figure anything out while taking in The Sixth Sense. We are caught up in the journey of healing that our young co-protagonist must go through. The surprise ending is gravy, and it is seamlessly tied into the boy’s journey.

Similarly, one may argue that Hitchcock broke his own rule with Psycho. But the case is exactly the same. We are not waiting to find out anything about Norman Bates. We are too caught up in the murder he committed and the people who are tracking him down. Learning that his mother is dead and that he has become her is not the object of the storytelling; it is a creepy, resonating bonus.

Then there are films designed to be puzzles from the get-go, such as Memento or The Usual Suspects or Fight Club. The whole point of these stories is intellectual engagement, almost exclusively. These stories do not ask for anything else, and so surprise is what they are trading in. It is the bargain we make with these narratives.

Every story has different parameters and asks different things of an audience. As screenwriters, though, we must constantly ask ourselves what is most important in terms of the response to our work. And if the script is not a puzzle, but rather is using plot as an exploration of the vast array of human emotions we are all capable of feeling, then the writer should work, first and foremost, to ensure that his or her viewers are going to walk away feeling as blown away as they can possibly be.

And remember, this applies not only to stories with elements of mystery or horror, but to every genre, including straight drama. Knowing why a person is going through what they are going through still requires that we wait for them to figure it out and get better, far more so than if we are waiting the length of a feature film script to figure out what is bothering them. Just imagine Casablanca and not finding out until the end that Rick is heartbroken over Ilsa; or Star Wars without knowing that Luke’s aunt and uncle died.

Surprise, then, calls us up short. It leaves us with very little left to process at story’s end. Suspense, though, keeps us on the hook for your entire story, and when we release that kind of slow-burning tension in our final catharsis, we have really been through something. Something we usually don’t forget. MM

First Draft: How to Introduce Multiple Characters in a Single Scene
First Draft: The Difference Between Necessary and Unnecessary Dialogue