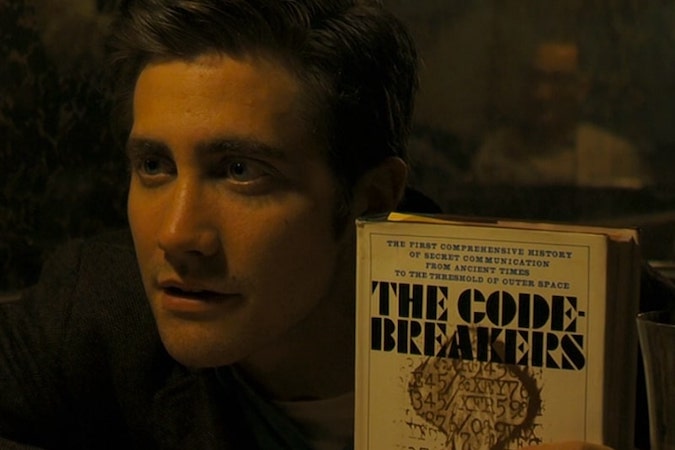 David Fincher draws renewed attention because of a new Zodiac theory; Los Angeles issues a strict vaccine mandate; advice from the director of Titane. Plus: We asked what you’re working on, and you responded delightfully.

But First: You can sign up for the Rundown here.

Use Those Character Defects: Caleb Hammond shares this terrific conversation between Titane writer-director Julia Ducournau and cinematographer Ruben Impens about the Palme d’Or winner about a woman who really likes cars. They say a lot of great things, but my favorite is this quote from Ducournau: “When you’re directing your film, it’s the only place on earth where your actual character defects are an asset.”

Jab Jab: For Angelenos who have had the option of getting vaccinated all this time but were waiting for a little motivation from the Los Angeles City Council, here you go: Effective Nov. 4, Los Angeles will require residents to show proof of a COVID-19 vaccination to enter indoor spaces including movie theaters, restaurants, gyms, shopping centers, malls, salons, and — most crucial to MovieMaker readers — card rooms. You character-defected scoundrels!

Squid Game: The New York Times has this piece from Seoul on why the South Korean series is resonating so resoundingly. It’s about people in desperate financial straits who play a series of deadly games in exchange for a massive grand prize — and may turn out to be Netflix’s “biggest show ever,” says Netflix co-executive Ted Sarandos.

David Fincher: The Zodiac director is trending on Twitter because of a team called the Case Breakers who say they have identified the mysterious Zodiac Killer who stalked the Bay Area in the late ’60s and early ’70s as a man named Gary Francis Poste, who died in 2018. But wait! The FBI and police say nothing is confirmed.

More Fincher: Though the 2007 film Zodiac accurately shows that several investigators believed a man named Arthur Leigh Allen was the Zodiac, Fincher deliberately avoided making the case that he was guilty — in part by casting multiple actors in the role of the serial killer.  “I don’t want this [movie] to be about convicting Arthur Leigh Allen,” Fincher said in 2005.

Why Do I Have So Much Frankly Weird Knowledge of the Zodiac Killer? Because the latest issue of MovieMaker Magazine contains a magnificent excerpt from Adam Nayman’s book David Fincher: Mind Games, that focuses on Zodiac. The book is out next month.

Walking With Herb: Yesterday I asked you all to share what you’ve been working on lately, and Ross Kagan Marks knocked it far out of the park. The golf park, that is. (Is the place where people golf called a golf park? That feels wrong. Remember to Google before publishing Rundown.) Anyway, he emailed us about Walking With Herb, a faith-based golf comedy-drama featuring no fewer than three Academy Award nominees, including the always outstanding Edward James Olmos. George Lopez looks to be having a lot of fun as well. Joe Leydon, a Variety critic I like, praised it as “a genially pleasant comedy-drama that is elevated by the sincerity and conviction of actors (especially Olmos) fully invested in their roles.” Here’s the trailer:

More About Ross Kagan Marks: He’s a a professor at New Mexico State University’s Creative Media Institute who teaches directing and screenwriting, as well as the founder and executive director of the Las Cruces International Film Festival. He worked with 32 of his students on Walking With Herb, which is now available on demand on all major platforms.

How About You? I’d still love to hear what you’re working on, too, for possible inclusion in this very newsletter. Thank you for reading!

Dinklage as Cyrano; The Last Duel First 4 Minutes; What Are You Working On?
Shooting James Bond; Judging Dave Chappelle; Acting Out Mass