Dinklage as Cyrano; The Last Duel First 4 Minutes; What Are You Working On? 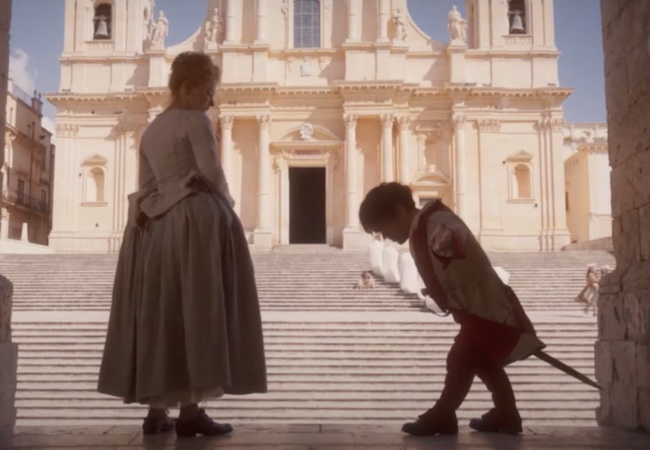 Peter Dinklage stars in a sweeping new Cyrano; watch Matt and Ben and their new friend Adam in the first four minutes of Ridley Scott’s The Last Duel; a first look at at the new Game of Thrones prequel House of the Dragon. Also: Tell us what you’re working on! All in today’s Movie News Rundown.

But First: Yes, that was Brett Kavanaugh on American Crime Story: Impeachment.

New Issue: We just wrapped the latest issue of MovieMaker Magazine and feel very good about it. Some of the people it includes are Titane director Julia Ducournau, ARRAY president Tilane Jones, Paul Verhoeven, Paul Schrader, and — oh yes — Edgar Wright talking at length about both Shaun of the Dead and his phenomenal new Last Night in Soho. More names coming soon. We like drama. It’s on newsstands soon.

“The Moment”: Keith Dennie, one of my brilliant co-hosts on the Low Key pod, is unveiling his debut short film “The Moment” today. When not talking with Aaron Lanton and me about nerd stuff, Keith went off and made a nuanced, achingly real relationship story. If you buy a virtual or in-person ticket, and email your receipt to Tim.Molloy@moviemaker.com, I’ll send you a free copy of the aforementioned new MovieMaker Magazine. Congratulations on the film, Keith!

Hey, You Say: What About My Movie? If you’ve made something cool, as I’ve mentioned before, email the address above for possible inclusion in this very newsletter. We love sharing great things our readers have made.

Or: You can submit your videos to Snapchat, which just announced it begin “giving out cash prizes next month to users who create top-performing content that meet the criteria of specific ‘challenges,'” according to The Hollywood Reporter‘s J. Clara Chan.

The Last Duel First Four Minutes: I love when studios are confident enough in a movie to release the opening minutes early. (Remember when The Dark Knight gave us the bank robbery scene ahead of the film’s release? Shivers.) The latest use of this promotional strategy certainly worked on me — watching Matt Damon and Adam Driver suit up for battle to begin Ridley Scott’s The Last Duel has me eager to see it on a sizable screen. Let’s see if it works on you, too:

Zounds! Can You Recommend Anything Else for Folks Who Like Old-Timey French Tragedy and Fighting and Love? Why yes! Here is the brand-new trailer for Cyrano, which reimagines Edmond Rostand’s long-nosed poet as Game of Thrones linchpin Peter Dinklage. Cyrano is a man madly in love with Roxanne (Haley Bennett) who only has eyes for Christian (Kelvin Harrison Jr.). It’s directed by Joe Wright (Atonement, Pride & Prejudice) and written by Erica Schmidt, who just happens to be married to Dinklage. I’m all in.

Do You Have Anything That’s a Little More Game of Thrones and a Little Less French and Musical? Yes, the new prequel to Game of Thrones, House of the Dragon, has this official teaser. Hey, have you noticed that “official” is one of those words that you don’t need but makes things sound more important somehow? We should stop using it, and also “controversial,” because everything is controversial to someone — just explain what the supposed problem is. Anyway here’s House of the Dragon:

And Another Thing: But the most horrible movie phrase of all is “sneak peek.” It’s not a sneak when a major studio sends out press releases about it. And “peek” means one glance, not a whole carefully edited thing. Also, the two words together have a bad-ASMR feel I can’t endorse: Sneak peek. And then when people misspell it “sneek peak” or something so it becomes even more whisper-sick? Blech.