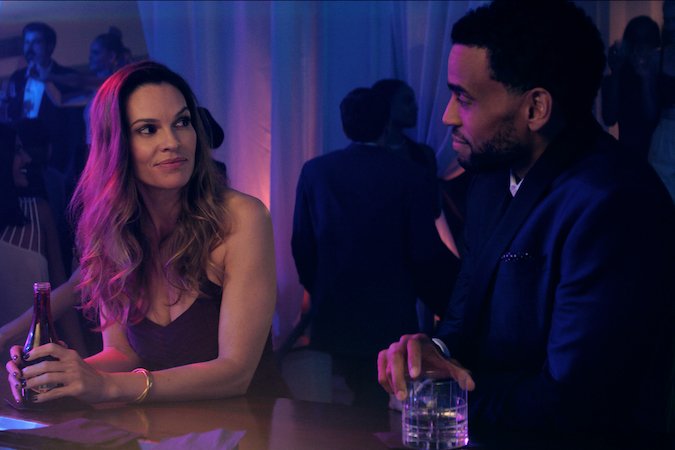 “Movies being created in the ’80s, and ’90s are not being created now. And to me, those were the heartbeat of the thriller. Think about Fatal Attraction, think about Basic Instinct — there was so many great films. And they broke the rules,” Taylor says on the latest MovieMaker podcast, which you can listen to on Apple or Spotify or above.

“We’ve gotten to a place now where you have so many films, and everyone’s like, ‘you can’t do that,’ or ‘don’t do that.’ But yet, you could go see a horror movie, with the devil sitting on the bed, so why can’t we do this type of movie?” 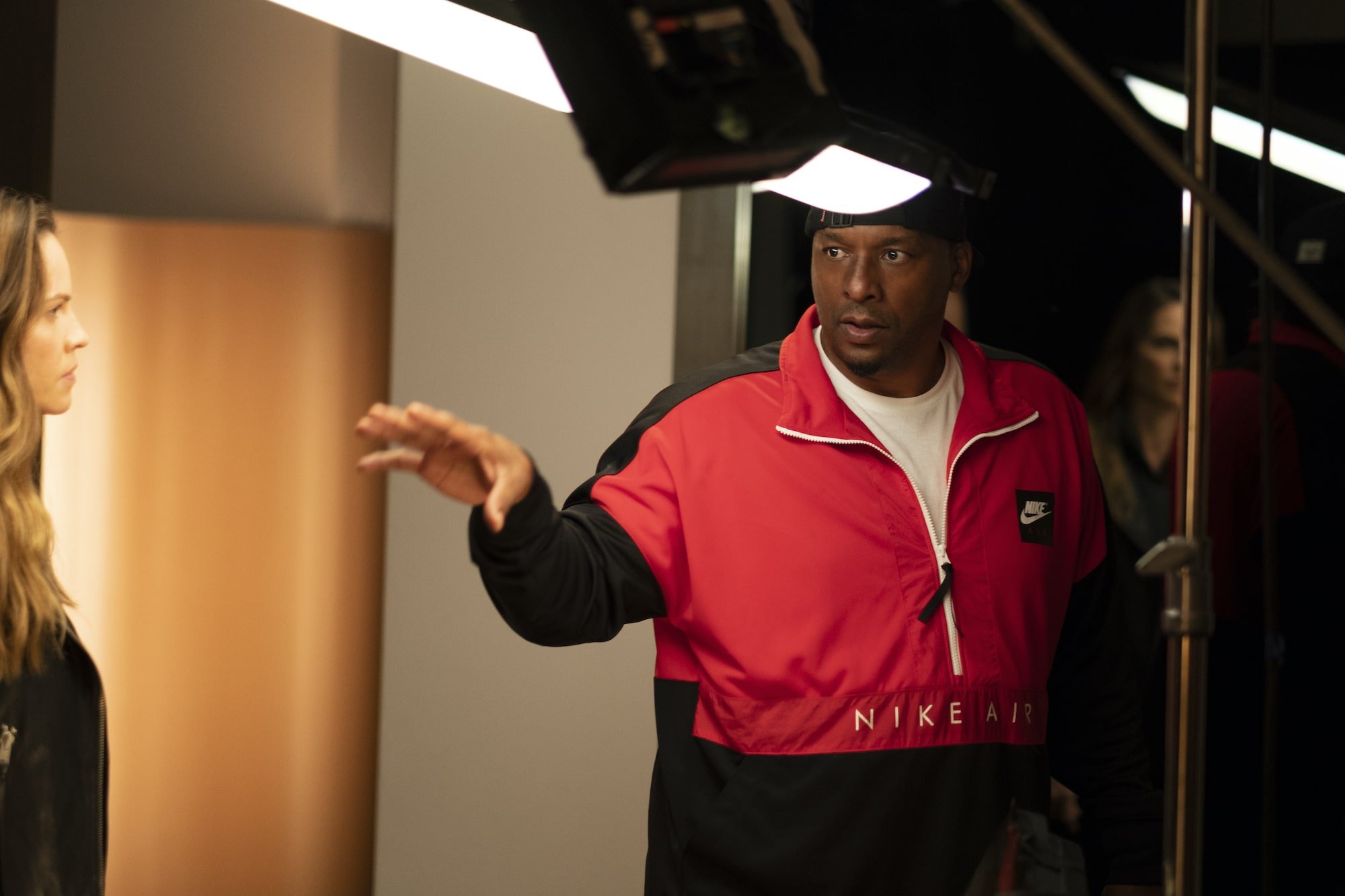 Deon Taylor with Hilary Swank on the set of Fatale.

Taylor sees thrillers as a timeless genre that can withstand difficult times like a pandemic and extended economic hardship.

This experience plays well in theaters where fans can yell at the screen with their friends, or at home, where endless streaming options often lead to a tried-and-true genre like a thriller.

Also read: Hollywood Told Me No, So I Told Myself Yes — By Deon Taylor

Describing themselves as “first generation filmmakers,” Taylor and Roxanne Avent have been working together for 15 years. Taylor says about five years ago he figured out “what a Deon Taylor film is.” He’s interested in narratives that focus on overcoming adversity.

“Every film — I don’t care if it’s Meet the Blacks — is someone going through something and actually overcoming that. And that’s a big message. As Black people, that’s what we went through. Me and this girl [Avent] have put 50 cent in the gas tank. She’s had to pick me up off the floor a few times where I’m like, ‘Damn, I can’t believe they said that.’ Seriously man. This is the real journey.”

He continues with a story of encouragement from one of his A-list stars.

And he said, ‘this is how you make movies.'”

Also read: The AD of the Deon Taylor directed Pandemic Film Don’t Fear on the COVID-19 Protocols Here to Stay

As a woman of color, Avent says she had her share of obstacles — but the rewards have been worth it.

“I’m working 100 times harder, 100 more hours. Gaining that respect was the first thing that I had to get from this world, because without the respect you have no leverage. I had to prove myself over and over and over again, that I could do this. Trying to maneuver the best way I can was really hard. The pressure of staying on budget and not having to come back to reshoot. The weight all falls on the producers, and especially the physical producers.”

Taylor adds: “Roxanne as a producer, producing this film independently, for no money, getting two-time Academy-nominated cinematographer Dante Spinotti, who did Heat, to go back to L.A. to do a movie like this? It’s insane, man. We’re just happy that we got to drive this car to the front of the restaurant. It’s a blessing.” He continues.

“For every independent filmmaker out there, it’s the journey. If you keep taking these journeys, and you keep pushing, and you keep fighting, eventually, you’ll get through some of these battlefields. You’ll get to a clear field where people can actually see all the work you’ve been doing. That’s where we’re at right now.”