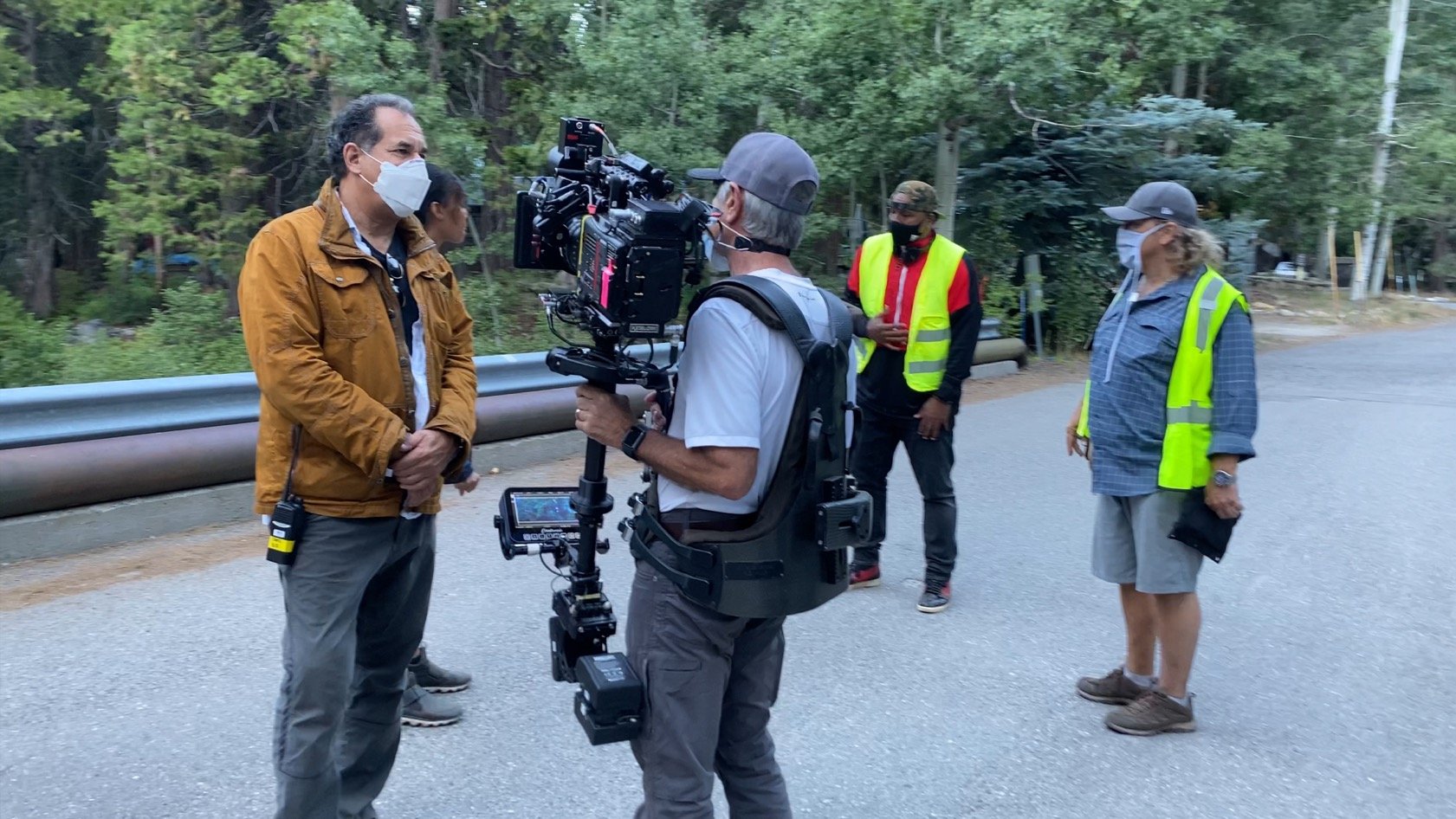 During the pandemic, producer Jon C. Scheide AD’d the pandemic film Don’t Fear, by Deon Taylor. The production implemented a number of brand new COVID-19-compliant protocols, many of which, he sees as here to stay. Here’s what he learned.

My entire career production has revolved around one factor: time. What’s our call time? What time
is sunset? How long is this lighting setup? What time will the cast be done with hair and make-up? Do we have enough time to get this before lunch?

Everyone who’s ever been on a film set dreads not finishing a scene, complicated company moves, or losing the light. Whether you’re working on a micro-budget indie or the latest teen-driven tentpole, once you’re in production, time is money. And from what I’ve experienced filming during the COVID-19 pandemic, work slows down and time speeds up.

And we should slow down: Film sets are exactly the types of environments where a virus can thrive. Shooting movies involves lots of close contact — in normal times, people are often within six feet of each other for 15 minutes or more.

The question is, does the current situation shut out indies? The studios and networks have plenty of money to cover the added expenses related to new health and safety measures, but their productions shoot longer, which means their exposure to COVID-19 is greater. No one wants their show or film to become a superspreader.

But I think indies may actually have an advantage in terms of making great movies, safely. We can pivot while the studios are trying to turn their aircraft carrier-sized operations. Independent moviemakers have always worked with fewer resources, shorter schedules, and generally less of everything.

The old ways are over. Screamers and yellers and 18-hour days are no more. A COVID-19-compliant set will be slower than sets used to be. But it’s cheaper to follow the rules than to need to shut down your film because you didn’t take the rules seriously.

The tools that will help us include technology, changing our schedules — and not succumbing to fear. 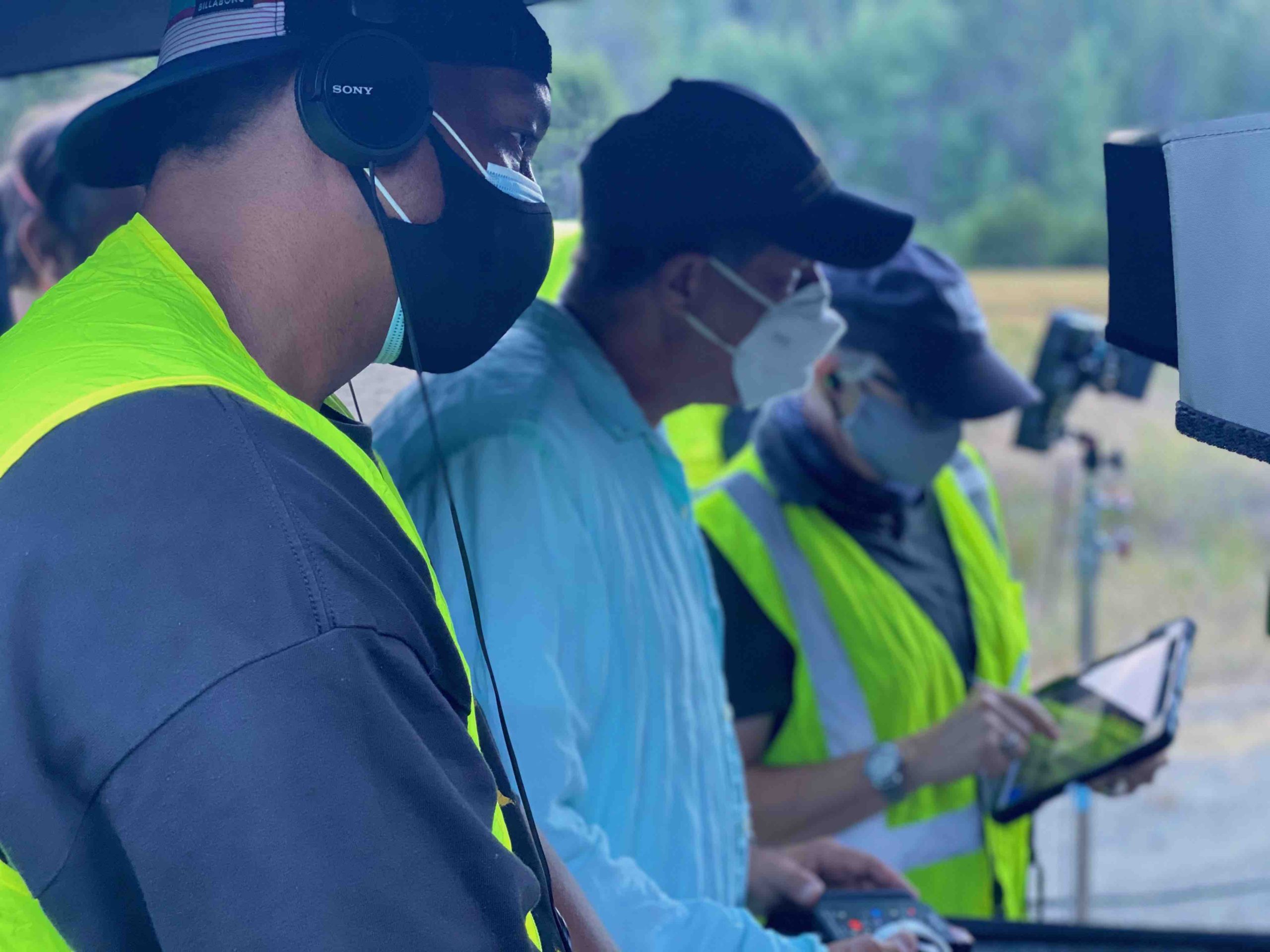 Director, producer and writer Deon Taylor called me in May to propose making a film that revolved around a pandemic. I had been an assistant director on two of his films, Traffik and Meet The Blacks. But for the new film, Don’t Fear, he wanted to get back to his indie roots and go with a small crew, in one location, to prove it could be done.

I worked with Roxanne Avent, Taylor’s producing partner, and Heather Kritzer, the unit production manager, to design a set of protocols that would provide safety and support for the cast and crew, as well as pass local, state and union requirements. Kritzer says that setting up a film under the rapidly evolving COVID guidelines was “like learning a whole new set of steps to get to the steps that you know.”

“We built a cohesive plan that rivals what the studios are doing,” she explains. “With money you can outsource. Without, you take on all those details.”

If you’re working with SAG-AFTRA performers you’re going to have to abide by SAG-AFTRA protocols, period. And you should abide by them anyway, because no one wants to make people sick. Even the lowest-budget productions should require COVID-19 testing, personal protection equipment, and limited time on set.

And this is where time begins to slow down.

The key concept is breaking your set — your whole production — into zones, with the most protected zone being the shooting set, where the actors are unmasked. This zone has to be clean, and the people working in this zone — the camera operator, boom person, assistant director, and anyone else — have to be tested frequently, at least three times weekly. Everyone must wear personal protective equipment. Of course you need to pay close attention to all local laws and regulations, which may limit the number of people you can have in one place.

You’re going to have to make some concessions to safety, including not having the entire crew present for rehearsals. “As far as shooting goes, it does slow you down considerably. One department at a time on set as much as possible. Lighting crew, grip crew, and props, and set decorators all have to have their turn. It was definitely a learning curve,” says Don’t Fear cinematographer Chris Duskin.

Another change: Don’t Fear was essentially paperless. Scripts and cast contracts were PDFs only. Call sheets and sides were kept on phones and tablets. We used completely online payment systems.

That’s one thing that may change forever. Another? Virtual meetings, virtual scouts and even virtual table read may be here to stay. My first call from Deon Taylor about Don’t Fear was over FaceTime as he scouted a basement location. I don’t think online production meetings are as effective as traditional ones, but getting 20 or more people in a room is no longer an option, at least for a while.

Before coronavirus, QTake was an interesting new technology. Now it’s taken a huge leap forward. QTake is a video playback product that, when paired with the QTake Monitor app, allows up to 16 smartphones or tablets to watch playback. That keeps people at social distance.

Using a viewfinder app like Artemis Pro, meanwhile, will allow you to scout and see shots, or rehearse with the lenses you plan to use, and then share them with your team on Pinterest, Flicker, or Evernote.

Queen’s Gambit: How Accurate Is Its Portrayal of Child Prodigies?
The Half of It Director Alice Wu on How Algorithms Devalue the ‘Currency of Intimacy’