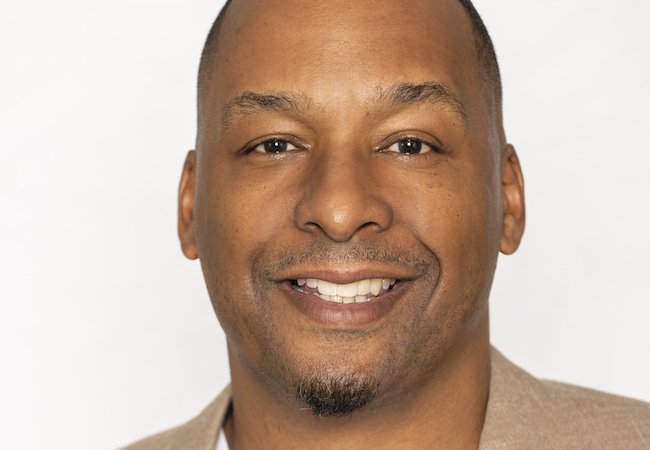 Deon Taylor is a director, producer and screenwriter who co-founded Hidden Empire Film Group with Roxanne Avent Taylor and Robert F. Smith. In this piece, he talks about the making of Dead Tone, Supremacy and Meet the Blacks.

Accomplishing the goal of being a working filmmaker is an extremely grueling task, especially as a self-taught African-American moviemaker. But I have also learned that the adversities and obstacles I’ve gone through to get to where I am now have actually benefited me and helped me excel as a filmmaker. As the old adage goes, failure is life’s greatest teacher.

Now here’s the thing: If this was seven-eight years ago, I would definitely be singing a MUCH different tune, and I’d most likely be crying in a corner somewhere! But tough moments of self-doubt and failure build character. Adversity and challenges give you legs. They force you to understand that nothing can be taken for granted, and for that, I’m grateful.

One of the biggest hurdles I’ve had to face as a filmmaker was when I first started out. I wrote a screenplay for a movie called Dead Tone, and truly believed in the screenplay. I was young, dumb and filled with an optimistic belief that this script would be my ticket to success. All I needed was just one person to see something special in me and take a shot. So I knocked on every door in Hollywood so someone would read my script, and made a thousand connections that turned into a thousand dead ends.

I learned that being an outsider and attempting to crack the industry is hard, but what’s even harder is when you finally do get those sacred studio meetings — and time after time, each one ends in, “No.”

I can recall being told “No” for four years straight. Because I live in Sacramento, for those meetings I would book one-way flights to Los Angeles, not knowing if I had enough money to fly back. I would sleep on couches, sleep in cars, spend every ounce of energy I had, only to hear, “No.”

Those moments of self-doubt really force you to rethink your life. When you have a dream and a vision, the most difficult obstacle you can face is seeing something that no one else could see, and for four years I would live in that pain.

In those lonely moments you’re left to wonder, should I just give up? Should I still follow the path I’m on? And ultimately you have to make a decision, and I learned that you need to recreate yourself.

The adversity of being told “No” forced me into an entirely different world — the world of being an independent filmmaker. In that moment of recreation, that is where I found the biggest lesson. Instead of me begging someone to take a chance on me, I went off and raised my own capital to make Dead Tone. Now that comes with its own catalog of problems, troubles, and a symphony of “No.” But I knew if no one else was gonna give me a shot, I had to go create my own and score the bucket myself.

In the world of independent filmmaking, there are so many ups and downs. So many sleepless nights where you don’t know if you’re gonna be able to do this as a career or not. I can recall finally getting enough money to get my script made, only to find the next hurdle, and that hurdle was the concept of  DISTRIBUTION. How in the hell do you get distribution for your independent film?

Here comes the next list of tough questions I was forced to face: Is it good enough? Does it have stars in it? And commercially, could it be marketed?

These are things you don’t think about when all you have is a dream and an idea. Here I was, thinking getting another movie made — this one called Supremacy — was the biggest obstacle! Distribution became the most challenging obstacle that I’ve gone through as African-American filmmaker, let alone as a filmmaker. I now faced a new process of meeting people, showing the movie, and seeing the responses. Some people love it, some people don’t. You’re left with the ultimate question of how do you get a studio to want to take your film and put it in movie theaters all across the world for millions of people to see? Now that is a tough task, and for me, it didn’t happen overnight.

Over the course of two-three years of making films and trying to find distribution, I found myself striking out every time. Finally I returned to the same motto I took early on in my career when I recreated myself and went the independent route of making my own movie: I took that same independent approach with self-releasing my next film, Meet the Blacks.

Also read: Taylor Made: Deon Taylor on How His Self-Made Moviemaking Journey Led Him to Direct Traffik

I had a movie I believed in but couldn’t find distribution. I was so upset that I thought, could I actually put my own movie in a theater? How crazy could I be? The answer is yes, I’m that crazy!

So I took my small, million-dollar comedy and called movie theaters across the country. I did my own marketing on social media. I bought some TV time during sporting events and released my own movie, 100% independently! I sat back with my producing partner and wife, Roxanne, and said, at least we did it. We both prepared ourselves to have a heart attack fully understanding that no one in the world might go see this film. But we were pleasantly surprised when we found out that our little movie opened up #4 in the country. Meet the Blacks was the movie that changed my life and that movie was the result of persistent handwork and belief through adversity paying off.