At its heart, Fantastic Fest is not simply a film festival: It’s a weeklong experience of controlled extremity, in which audiences are asked to expand their hearts and minds into the unknown and push the boundaries of what is accepted, marketable, and ultimately possible in cinema.

Industry guests and genre fans alike flock to the event year after year to watch films, drink, and hang out into the wee hours with like-minded colleagues and friends. Fantastic Fest 2018 unfurled in typical style, descending upon the Alamo Drafthouse Cinema in Austin, TX from September 20-27. First-time guests were duly impressed by the extraordinary care, organization, and artistic acuity demonstrated by the largest genre film festival in the U.S.

“I want to return every year if I can,” says Andrés Kaiser, director of found-footage thriller Feral, which saw its world premiere at the fest. “It’s about fun, it’s about celebrating films. Everyone here is so accessible, from the programmers to the volunteers to the press.” 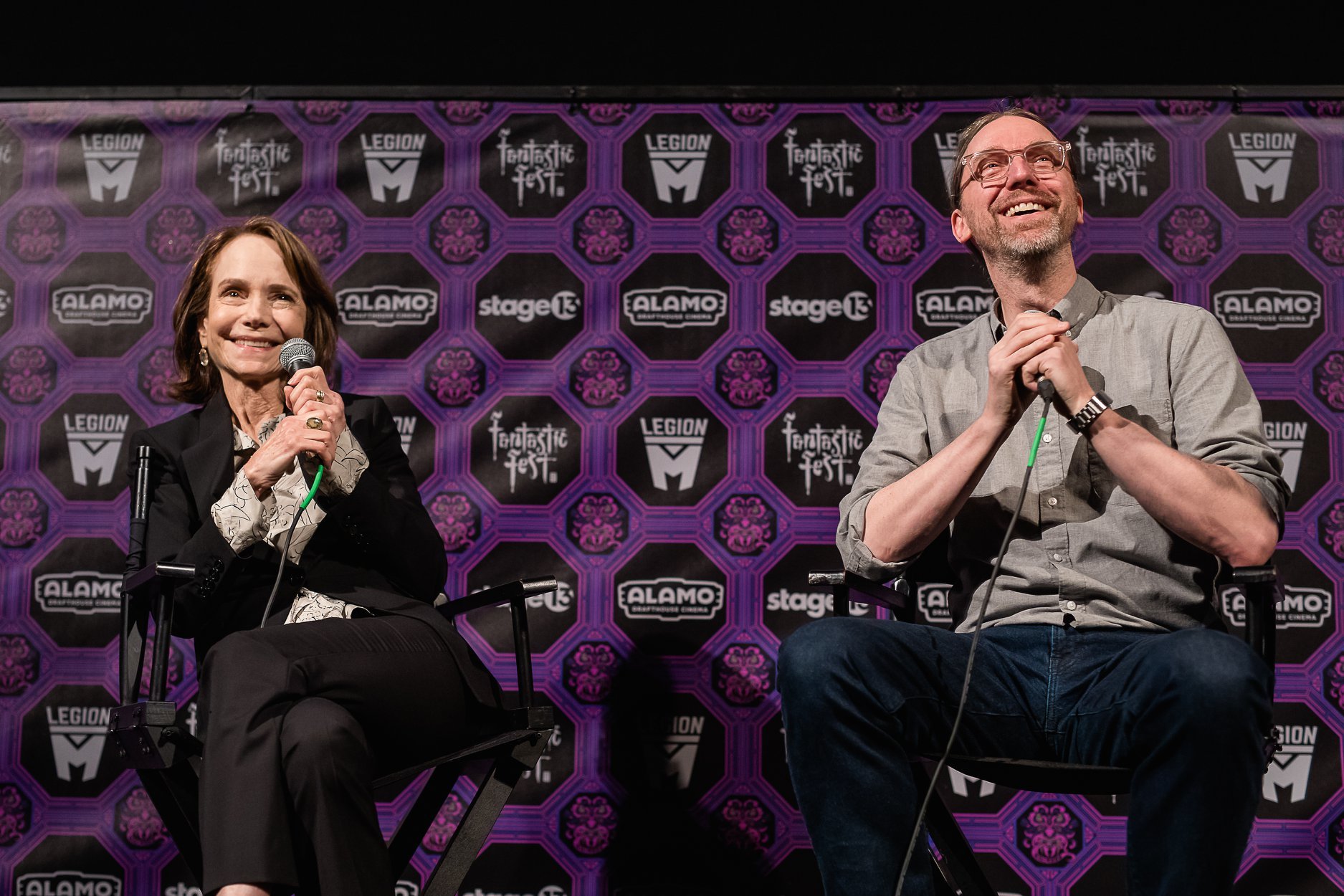 Screenwriter Dave Kajganich and star of the original Suspiria, Jessica Harper, onstage for a secret screening of Suspiria (2018). Photograph by Heather Kennedy

“It was genuinely one of the best weeks of my life,” concurs A.T. White, writer and director of the heartfelt supernatural apocalypse drama Starfish. “I was floored by how lovely everybody was. Regular festivals are often very impersonal…they’re a great opportunity for the public to see films long before they’re out, but there’s no camaraderie. They’re normally spread out over multiple cinemas, over multiple days or weeks. But because it’s all on one site, Fantastic Fest did a great job of keeping the camaraderie going even though everyone’s seeing different films at different times. Almost every screening is packed, and everyone’s happy to talk to everyone…there’s no kind of snobbishness there.”

At its finest, Fantastic Fest distinguishes itself from other festivals as an incubator for pure creativity: future projects, collaborations, and lifelong friendships are born here every year. Said director and fest alum Karyn Kusama, in attendance to present her newest film (the Nicole Kidman-led Destroyer): “Fantastic Fest is where I found my people.”

Not every element of the fest was imbued with the warm fuzzies, however. Fantastic Fest came under scrutiny in 2017 when news broke concerning a sexual harassment scandal within the Alamo Drafthouse (the parent company that organizes the festival). Over the ensuing year, the Alamo rolled out a series of new measures designed to make Fantastic Fest a safer and more egalitarian environment for everyone: a new board of directors (helmed by Executive Director Kristen Bell), a code of conduct for all guests, and a new program of anti-harassment training for all staff and festival volunteers.

A year later, it remains an impossibility to discuss Fantastic Fest without addressing the bogey in the room. On opening day, a group of female, female-identifying, and non-binary members of the industry and press gathered over drinks for a “state of the union” of sorts. The community of creators and journalists who make and write about genre films is a close one, and the group of women and underrepresented voices within that community even closer. While many familiar faces did elect to attend this year’s festival, many did not. Their absence was a clear and omnipresent reminder: Only time will tell if Fantastic Fest and the Alamo Drafthouse have truly done enough.

The most tangible proof of progress at Fantastic Fest was evident in this year’s spectacular program of films, which was thoughtful, inclusive, forward-thinking, and insane in all the right ways. Celebs in attendance included Jamie Lee Curtis (Halloween), Jonah Hill (Mid90s, his feature directorial debut), the cast of the J.J. Abrams-produced Overlord, and Jack Black and Kyle Gass of Tenacious D (who performed live). Guests were treated to a secret screening of Luca Guadagino’s Suspiria remake, with screenwriter David Kajganich and actress Jessica Harper (Dario Argento’s original Suzy Bannion) on hand to sign posters and greet fans. Board member Elijah Wood held court all week, hanging out and watching films alongside fellow filmmakers and attendees.

But it was in independent cinema that the innovation truly shone, evident in genre-transcending masterpieces like Jeremy Saulnier’s Hold the Dark (a bloody and poetic descent into the nature of grief, generational trauma, and societal reckoning) and Tilman Singer’s Luz (a deftly-crafted 16mm debut featuring a girl, a demon, and a soundscape that ascends to Walter Murch-level brilliance).

“To any woman who wants to be a screenwriter, keep fighting. It can be terrible sometimes, but there’s also an incredible community out there that wants stories from female writers and wants to hear their perspective. You will find it if you keep trying, and it’s incredible. Find your voice, put yourself in that place of vulnerability, and tell the story you want to tell.”

If future generations of filmmakers follow their lead—and platforms like Fantastic Fest continue to program and elevate their work—the frontier of cinema will be bright indeed. MM

MovieMaker’s 30 Bloody Best Genre Fests in the World in 2019, Presented by HorrorHound
Novel Ideas: Moviemakers Jeremy Saulnier and Macon Blair on Adapting a Book for the Screen and Building Atmosphere