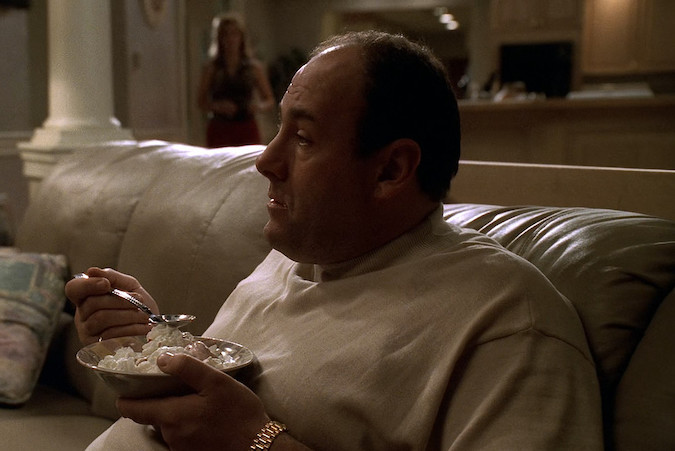 Christopher Nolan adds to the stellar cast of Oppenheimer; meet the director who salvaged lost footage from 1984 to make New York Ninja; a recent graduate explores the life of a trapped housewife; David Chase allegedly finally explains whether Tony Soprano survived the Sopranos.

New York Ninja: Some editors fix a scene in post. Kurtis Spieler fixed a whole movie in post. In this lovely piece for us, he explains how he re-edited lost 37-year-old footage into New York Ninja, out now from Vinegar Syndrome. The trailer is below and if you don’t like it I don’t know how to help you.

The New School: In our latest edition of the New School, a feature highlighting recent graduates doing tremendous work you should be aware of, Margeaux Sippell talks with fellow Emerson alum Huma Hussain about Hussain’s short film “Nafs Said,” about a young Indian-Muslim housewife trying to break free from a life in which she needs her husband’s permission to do anything. Here’s the trailer:

What Does Nafs Mean? If you, like me, are a Marvel comics nerd, you may have thought this referenced one of Stan Lee’s catch phrases, “‘Nuff Said.” In fact the title has absolutely nothing to do with this. As the article explains, “The movie’s title comes from an Islamic concept, ‘nafs,’ which relates to a person’s inner desires.”

Oppenheimer: Matt Damon and Robert Downey Jr. are in talks to join Cillian Murphy in Christopher Nolan’s upcoming Oppeinheimer, about Robert J. Oppenheimer, the physicist whose Manhattan Project led to the invention of the atomic bomb, Deadline reports. The site also says Emily Blunt is in talks for the film.

Fun Facts About Robert J. Oppenheimer: After the creation of the atom bomb, dude went and quoted the Bhagavad-Gita: “Now I am become Death, destroyer of worlds,” which is the most gangster thing anyone has ever said, with apologies to Tony Soprano. Also, he is mentioned in this immaculate but dated song by Sting, one of the three best members of The Police, who sings, “How can I save my little boy/ from Oppenheimer’s deadly toy?,” which is terrific stuff.

Congratulations: To the winners of the Naples International Film Festival. The jury prize for Best Narrative Feature (and a cash prize of $2,500) went to Lissette Feliciano’s Women Is Losers, and the jury prize for Best Documentary Feature (and $2,500) went to Justin Monroe’s Holy Frit. Audience Awards went to Jonathan Keijser’s Peace by Chocolate (the Best Narrative Feature), Christopher Chambers’ A Fire Within (Best Documentary Feature) and Maria Brendle’s “Ala Kachuu – Take and Run” (Best Short Film). Both feature films received cash prizes of $1,000 and the short film winner received a cash prize of $500. More about Naples, and all the winners, can be found at the festival’s website.

We’re All Rewatching the Sopranos, Right? Or watching it for the first time? Anyway, SPOILERS FOLLOW.

So, Did Tony Soprano Die?: The answer is still, “It’s up to you.” The Hollywood Reporter says in the headline for this story that “Sopranos’ Creator David Chase Finally Reveals What Happened to Tony (Exclusive).” But if you read the story, I don’t think that’s true at all. He does acknowledge thinking a lot about how Tony should die, but I can’t find a specific passage where he confirms that Tony met his maker at Holsten’s.

May I Editorialize? I agree with what Sopranos writer (and all-around brilliant writer) Terrence Winter told me a decade ago: “It’s really subject to interpretation. The idea is that when you’re Tony Soprano, even going out for ice cream with your family is fraught with looking over your shoulder and paranoia. Whether or not someone came out of the bathroom that night and killed him is almost of irrelevant. One day someone’s going to come out of that bathroom or a bathroom somewhere.”

End Spoilers: On this show that ended 14 years ago. ‘Nuff Said.

Go Ninja Go Ninja Go: Is this a reference to the Vanilla Ice classic? Word to ya mother! Anyway here you go:

Main image: My house every night as we watch The Sopranos.