Despite Pandemic, New Mexico Film Office Broke Its Record This Year for Most Film and TV Revenue 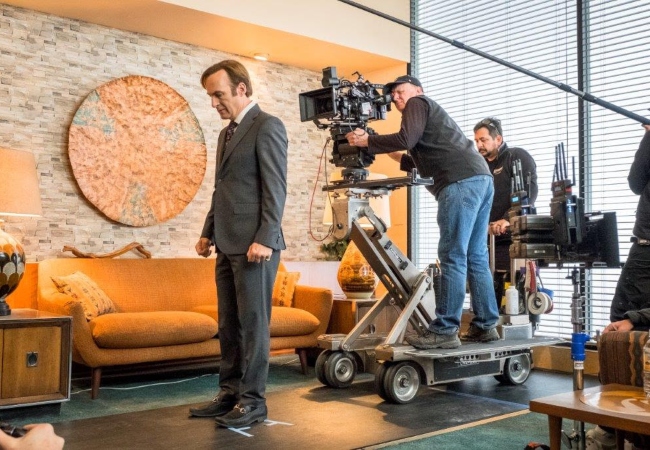 The New Mexico Film Office announced Monday that in spite of the pandemic, it broke its record in 2021 for most money spent in the state by film and television productions in one fiscal year.

The film office said the state racked up about $623 million in direct spending, and that about 40% of production budgets are spent on buying goods and services from the state’s businesses, like catering, hardware stores, car rentals, sign makers, dry cleaners, art galleries, and even local residents who list their properties as film locations.

“We are thrilled to finally share the news that New Mexico has smashed all previous records in production spend for fiscal year 2021. We have many more film and television productions on the way that will keep the pipeline stacked for the remainder of the 2021 calendar year and well into 2022,” said Amber Dodson, director of the New Mexico Film Office.

Also Read: Should You Move to New Mexico?

“We expect this growth to continue as we work to expand the ecosystem to include a larger crew base, expanded sound stage infrastructure, and increased post-production, visual effects, and multimedia production. We are thankful for our governor, legislators, state leadership, film offices, crew, cast, unions, guilds, businesses, and communities that support this industry – it is a collective effort, and we should all be proud to reach this new high.”

Some of the most notable productions that shot in New Mexico this year include Sony’s Better Call Saul, NBCUniversal’s MacGruber, Netflix’s The Harder They Fall, Warner Bros.’ Roswell, New Mexico, Amazon Studios and Plan B Entertainment’s Outer Range, and many more.

It’s also worth noting here that the state’s capital, Santa Fe, clocked in at No. 2 on the small cities section of MovieMaker‘s list of best places to live and work as a moviemaker, while Albuquerque was No. 1 among big cities.

In addition to Santa Fe and Albuquerque, other locations that productions used include Gallup, Taos, Abiquiu, Chama, Sierra County, Union County, Tijeras, and tribal lands including Santa Clara, Santa Domingo, Zuni Plueblos, among many more. Among the New Mexico towns that racked up production money and have very cool names are Truth or Consequences — and there’s even a Las Vegas, San Antonio, and Madrid in New Mexico.

Even though production was shut down for about a quarter of the fiscal year because of COVID-19, the New Mexico Film Office reports that the state has still had 69 productions, 26 film, 24 television, and 19 additional media productions since returning to set in September 2020. The COVID-19 positivity rate among productions, the office adds, hovered at an average of just .13%.

“New Mexico is generating substantial economic activity, with $623 million of outside money being injected into the state’s economy in FY2021. These are productions that would otherwise have been shot in other states if not for our world-class crew, stunning locations, and competitive film incentive program,” said New Mexico Gov. Michelle Lujan Grisham.

“As New Mexico opens this summer and production ramps up, now is the time to ensure we remain invested in the New Mexico film and television industry, as it is key to our state’s recovery and to diversifying New Mexico’s economy.”

New Narratives: NFMLA and WarnerMedia OneFifty Team Up to Fund New Creative Voices
Relentless Finale: What’s Next for the Final Lead in the Christina Whittaker Case