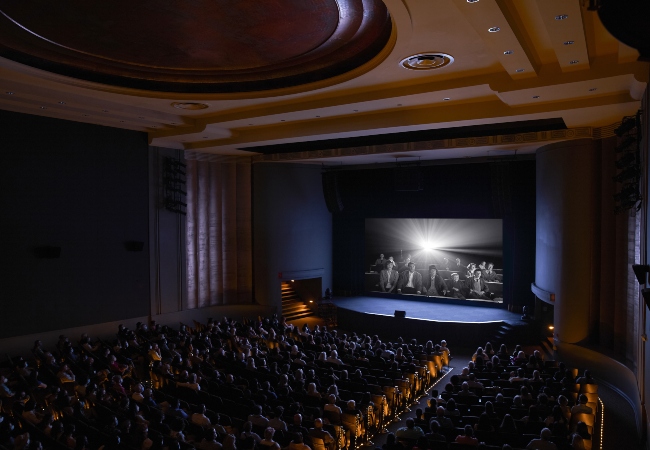 The list of competition winners from SCAD Savannah Film Festival 2021 is out.

Taking place beneath Savannah, Georgia’s plentiful live oak trees draped in Spanish moss, Savannah College of Art and Design’s 24th annual festival highlights work by SCAD students and alumni — nearly 15,000 of which work in entertainment fields including animation, writing, editing, and performing arts. In addition to home-grown talent, the festival also screens films by filmmakers both large and small from around the world, including some of this year’s most anticipated movies: Belfast, C’mon C’mon, Dune, King Richard, Spencer, and The Last Duel.

Out of more than 150 films that are screening at the festival this week, there were 45 narrative films, 15 documentaries, and 97 shorts — and out of the whopping 104 films that were chosen to compete in categories like narrative features, documentary features, professional shorts, animated shorts, documentary shorts, student shorts, global shorts forum, and shorts spotlight, SCAD decorated 29 of them with awards.

From the professional competition, highlights include The Falconer, which won Best Narrative Feature — plus, its co-writers and directors Adam Sjöberg and Seanne Winslow also jointly won Best Director. Porcupine won both the Jury Award for Excellence in Storytelling and the Jury Award for Best Performance, and The Medicine Man: The Stan Brock Story directed by Paul Michael Angell won Best Documentary Feature.

Jury Award for Artistic Excellence – Under the Skin, the Bark, directed by Franck Dion.

Best Animation by a SCAD Student – “The Ocean Duck” directed by Huda Razzak.

Best Global Short: Tales from the Pandemic – “The Beyond” directed by Daniel Maurer.

The Souvenir Part II Writer-Director Joanna Hogg Writes Situations in Her Scripts, Not Dialogue
Pub of the Dead: How Simon Pegg’s Favorite ‘Boozer’ Became Central to Shaun of the Dead (Exclusive Excerpt)