What Happened to Christina Whittaker, the Missing Woman From Hannibal, Missouri in Relentless? 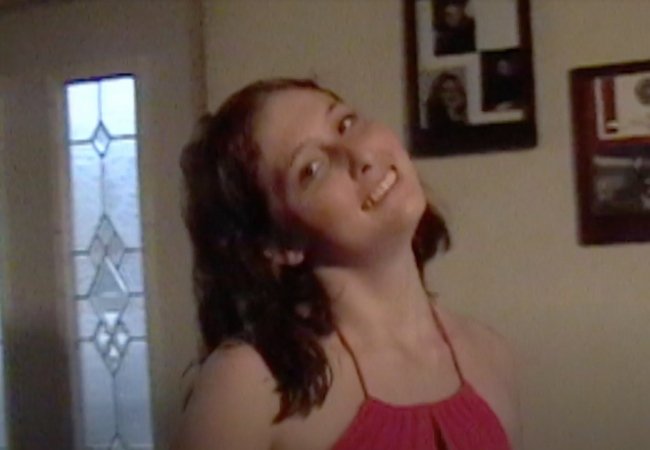 Things are not always as they appear in Hannibal, Missouri.

A town that was once famous for being the birthplace of Mark Twain has become the setting for the bizarre disappearance of Christina Whittaker, a young mother who went missing in 2009. Her story is the focus of a new six-part docuseries on Discovery+.

At first glance, Whittaker’s case doesn’t seem so different from the thousands of other unsolved missing cases that quietly languish in cold case files across the country. But just like the town of Hannibal, there’s a lot more going on beneath the surface of this strange true-crime mystery.

Though the docuseries offers several different theories as to what could have happened to Whittaker, her mother, Cindy Young, told local ABC 7 channel KHQA on the 10th anniversary of her daughter’s disappearance in 2019 that she believes her daughter may have fallen victim to human traffickers.

“She had asked several people for a ride that night,” Young said. “Even people that she didn’t know. I think she was just in the wrong place at the wrong time. I think the wrong people just got ahold of her.”

The last confirmed sighting of Whittaker was outside of Sportsman’s bar in Hannibal on that cold November night in 2009. But even after all this time, Young still holds out hope that her daughter will be found alive.

Also Read:  Who Is Elize Matsunaga From Netflix’s Once Upon a Crime, and Where Is She Now?

“Christina, if you see this, honey, please contact me,” Young added in the KHQA interview. “Please give just a call. No one’s going to make you do anything you don’t want to do. We all need you. We need you back home. You don’t have to come if you don’t want, but at least call me, and let me know you’re okay. I need to hear your voice. I just want you to know I love you with all my heart. You’re my little hero, little survivor. I’m so proud of you. You’ve got nothing to be ashamed of.”

It’s the same story that Fontana was first told when she began investigating Whittaker’s case just eight months after she disappeared back in 2009. But the more she got to know the people of Hannibal, the more she began to hear different stories about what happened to Whittaker — including one very popular theory that she never actually disappeared and instead has been living a state away in Peoria, Illinois of her own volition, all this time.

Fontana soon discovered that for every plausible theory, there are dozens more heading in completely different directions. The countless theories that Fontana investigates in Relentless also include that Whittaker was murdered and her body disposed of at a hog farm; that she was kidnapped and held in a basement before being sold into sex work; and that she was killed in a hit and run on the night she disappeared in Hannibal, among many others.

Unfortunately for Fontana, Young, and the multiple private investigators hired to help solve the case, none of these theories come with a shred of evidence to back them up.

Hannibal police declined to discuss the case with Fontana for the Discovery+ docuseries, but authorities told KHQA that they’ve worked with the FBI, conducted digs, and interviewed prisoners incarcerated for other crimes in their efforts to find out what happened to Whittaker — but they’ve never been able to crack the case.

Lt. Jacob Nacke told KHQA that he hoped the 10th anniversary of the case in 2019 would generate new leads.

“We would prefer that people don’t be the judge of the credibility of their information,” Lt. Nacke said at the time. “Let us try to determine that. If we don’t get the information, it creates some frustration out of our end, so we just want to encourage everyone to talk about it.”

However, the case still remains unsolved.

The first five episodes of Relentless, produced for Discovery+ by Blumhouse in association with Stick Figure Entertainment, are now streaming on Discovery+.

This story was originally published on June 28, 2021, and has been updated.

Who Is Elize Matsunaga From Netflix’s Once Upon a Crime, and Where Is She Now?
Music Crosses the Border in NFMLA’s Celebration of Latinx & Hispanic Cinema